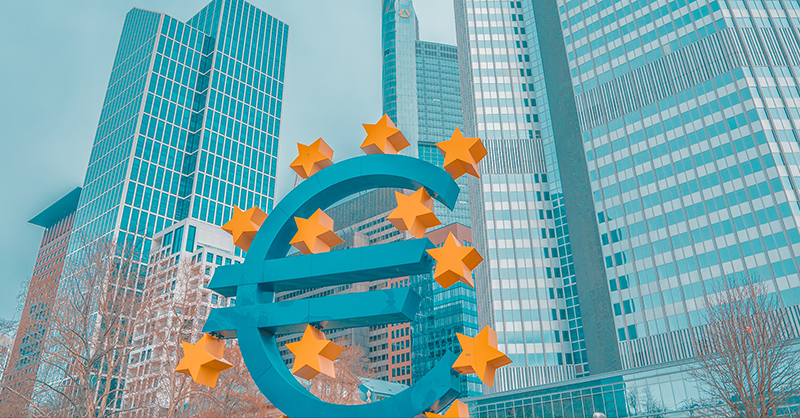 For banks and clearinghouses in the EU and UK, a long-awaited, Brexit-inspired proposal from the European Commission could hardly look any softer. But getting it into law as proposed could turn out to be rather hard.

A draft text circulating on Monday showed the EU’s executive arm opting for the path of least resistance as it finalized a long-planned policy aim of repatriating euro clearing activity from the UK’s LCH, where the bulk of activity takes place — even following Brexit.

Instead of a controversial carrot-and-stick approach that could hurt the bloc’s own lenders, the commission is instead calling for traders to hold an “active account” at an EU clearinghouse.

Commission officials have said multiple times that EU lenders and their clients need to reduce their reliance on the City of London’s three major clearinghouses — LCH, ICE Clear Europe and LME — and have pledged that a temporary equivalence decision allowing their continued use will not be extended beyond its current expiry date of June 2025.

Seen in this light, the commission's draft text is surprisingly moderate. But that's not the whole picture: Given the highly political nature of the topic, the EU executive has chosen to throw down the gauntlet to member states and the bloc's lawmakers to be the ones to decide whether a tougher approach is needed.

It means the battle lines will be drawn among differing national interests, as legislators will be forced to decide whether inflicting pain on the bloc's banks is worth it to shut out the UK, or whether the commission’s tame approach is the only viable option to encourage more clearing activity in the bloc.

The proposal to amend the European Market Infrastructure Regulation, EMIR — which has yet to be officially published, but has been seen in draft form by MLex — is being developed directly as a result of the UK’s withdrawal from the EU. Policymakers have long sought a way to bring euro clearing into the eurozone, where regulators can oversee systemic activity happening in their own currency.

Earlier this year, the European Securities and Markets Authority suggested that disincentives could be the easiest way to increase the attractiveness of cleared EU markets — by making alternatives unattractive. The regulator suggested EU banks could be weaned off their reliance of favored clearinghouse LCH through extra capital requirements or exposure caps, a proposal met with distaste by market players as well as regulators, all of which fear the extra cost and competitiveness hit to the bloc’s financial services industry.

The commission has acknowledged this in its draft proposal. “Given the nature of this proposal, there is a key trade-off between the effectiveness of measures to increase clearing at EU [central counterparties] and the cost impact on clearing participants,” it said in the explanatory memorandum to the text.

Instead, the commission is in positive reinforcement mode. It has proposed to make it easier for clearinghouses to seek new authorization, and to improve the supervisory architecture to increase cooperation among EU regulators. In what is probably the most reasonable possible suggestion, it has also proposed an “active account” requirement, which would see financial and non-financial parties that are subject to the regulatory clearing obligation to hold active accounts, directly or indirectly, at EU clearinghouses, and to report how they use them.

In another challenge to EU lawmakers and finance ministers, what that proportion should be is open for debate. The commission in its draft leaves it up to ESMA, in cooperation with the European Parliament and the Council of the EU — representing the bloc's governments — to write technical rules setting the threshold.

EU clearinghouses will be happy that the process for authorization of new products and services will be sped up, while UK clearinghouses reading the leaked proposal are likely breathing a sign of relief. But they’re also aware that things could change, depending on what comes next. Representatives will be eagerly awaiting the announcement of which EU lawmaker will be responsible for shepherding the file through the parliament, as well as gaining greater clarity on governments' positions.

The EMIR revamp, known as EMIR 3.0, might have been dreamed up with post-Brexit clearing and trading in mind, but amendments have also been made to other key areas of the legislation. The original EMIR emerged from the wreckage of the 2008 financial crisis, and has three pillars to safeguard market infrastructure and derivatives trading: clearing, margining of non-cleared products, and regulatory reporting.

On what may seem a more dry part of the proposal — which transactions need to be reported to trade repositories — the commission has set itself up for some serious lobbying battles, this time focused on multinational corporations.

That's because its draft proposes removing an exemption from a reporting requirement for transactions within a corporate group. The commission argues this is necessary "to ensure visibility on intragroup transactions."

Businesses have successfully lobbied for years to maintain this exemption, which means information doesn't need to be disclosed on certain transactions that take place in different parts of the same multinational company — for instance, an international furniture chain hedging on commodity derivatives to avoid price volatility in its wood supply.

The commission’s move to lift the exemption — and by extension require more information to be disclosed on these trades — will likely spark a big lobbying push from affected groups, from German auto manufacturers to US tech giants.

EU countries keen to protect the interests of their national industrial champions can be expected to push to maintain the intragroup reporting exemption in their common stance on the rules.

Whether lawmakers will push for the exemption to be kept may depend on who steers the work on the file, and how friendly they are to corporate interests.

Although Brexit was initially front of mind when the latest EMIR revamp was conceived, the financial fallout of Europe's energy crisis has now become more of a priority.

The EU executive has considered a raft of emergency measures in response to the market volatility and liquidity strains caused by soaring energy prices, including a price cap for gas, supervising commodities traders more closely to limit speculation, changes to the type of collateral that can be accepted in clearing for commodities trades, and a new benchmark for pricing liquefied natural gas. Any of these measures could have wide effects on the clearing industry.

Securities supervisor ESMA and energy exchanges lobby Europex have both warned the commission not to shift risk from the energy sector to the finance sector in its interventions.

In the draft proposal, the commission has gone for targeted changes, asking clearinghouses to revise the level of their margins more frequently and with liquidity stresses in mind, and to accept bank and public guarantees as collateral in clearing.

The measures it has put forward under the draft EMIR revamp need to balance the protection of energy businesses — for instance, preventing the collapse of those that are running out of cash to meet ever-rising margin calls for clearing energy derivatives trades — with the extra risk to the financial system caused by effectively easing the amount of cash that energy companies need to hold against risk.

The text of the EMIR revamp could still change between now and Dec. 7, when it will be officially published, given it has yet to receive the final sign-off within the commission.

If Brexit was still the pre-eminent issue of concern in Brussels, the text might look very different. But with political discussions around the energy crisis dominating, and the finance sector busy adapting to market volatility and emergency measures, the story appears to have moved on a long way.