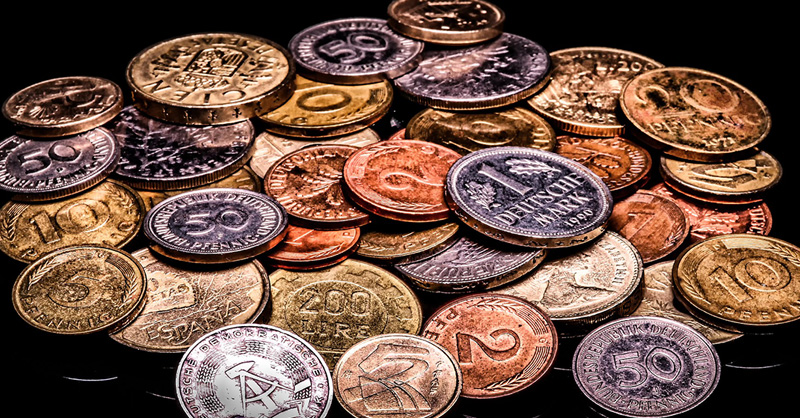 Deutsche Bank's $150 million settlement with New York over its ignoring red flags about financier Jeffrey Epstein has drawn large headlines, but the fine for the recidivist bank — which also resolved a massive but unrelated money laundering probe — was relatively small. The state's banking regulator praised Deutsche Bank's "exemplary" cooperation, which seems to have secured it a fine smaller than one might expect.

New York State's Department of Financial Services today announced that it would settle with Deutsche Bank two essentially unrelated actions that have compliance failures in common: the bank's ignoring issues with money flows from the account of the late Epstein; and its involvement with Danske Bank, which has been at the center of a Europe-based money laundering scandal over money moved through Estonia.

"In each of the cases that are being resolved today, Deutsche Bank failed to adequately monitor the activity of customers that the Bank itself deemed to be high risk," DFS head Linda Lacewell said.

"Banks are the first line of defense with respect to preventing the facilitation of crime through the financial system, and it is fundamental that banks tailor the monitoring of their customers’ activity based upon the types of risk that are posed by a particular customer," she said.

The portion of the settlement related to Epstein got top billing in the DFS enforcement order and in subsequent media reports. Although he died in a New York jail cell in 2019 while awaiting trial on sex trafficking charges, Epstein maintains his media currency through a steady trickle of reports of his allegedly seedy associations with powerful figures, and the arrest last week of alleged co-conspirator Ghislaine Maxwell.

DFS touted at the top of a press release that its action was the first by a financial regulator that had dealt with Epstein.

Arguably more relevant from a compliance failure standpoint, though, is the bank's involvement with Danske Estonia and Cyprus-based FBME. Although senior Deutsche Bank staff had identified potential money laundering problems connected with both banks, Deutsche Bank facilitated about $618 billion in transactions for FBME and $267 billion for Danske Estonia.

Danske Estonia was involved in moving money for non-resident Russians, a red flag, while FBME was allegedly involved in transactions with terrorists and organized crime. In contrast, Epstein's transactions that DFS flagged, including some it acknowledges could be legitimate ones, add up to a number in the low millions of dollars.

Deutsche Bank maintained a relationship with FBME until 2014 and with Danske Estonia until 2015.

The regulator highlighted, and explicitly said it "credits," Deutsche Bank's extensive cooperation, a choice that seemed to help it avoid a potentially more hefty fine.

"This cooperation, which occurred over several years, included conducting comprehensive and thorough internal investigations of each of those former relationships and sharing the results of those investigations with the Department in a detailed and transparent manner; collecting, analyzing and producing numerous documents and other information to the Department; and providing timely and detailed responses to the Department's inquiries," the DFS said.

DFS said that Deutsche Bank also had begun to remediate the cooperation before the DFS even began investigating.

Deutsche Bank said it has spent $1 billion on improving its training, controls and processes, and has increased the size of what it calls its anti-financial crime team to more than 1500 employees.

It is our "duty and our social responsibility to ensure that our banking services are used only for legitimate purposes," Sewing said.

Deutsche Bank said the resolution reflects its "upmost cooperation and transparent engagement with our regulator."

The cooperation seems to have paid off, particularly in contrast with other DFS settlements.

Israel's Bank Hapoalim, for example, earlier this year received a $220 million DFS fine for knowingly facilitating US clients' tax evasion. DFS notably called out that bank for failing to fully cooperate with its investigation. Hapoalim, although Israel's largest bank, has less than a tenth the assets of Deutsche Bank.

Deutsche Bank received its $150 million penalty despite an already extensive enforcement history at DFS. In 2015, Deutsche Bank agreed to pay $2.5 billion, including $600 million to DFS, for rigging Libor and other important benchmark interest rates, a deal that saw the bank accept an independent monitor.

Later that year, the bank paid $200 million in a DFS settlement for evading US sanctions on Iran, Syria and Sudan, and again accepted the appointment of a monitor.

In 2018, the bank paid $205 million for coordinating after its foreign exchange traders coordinated with rivals at other banks. Perhaps most on point, Deutsche Bank in 2017 agreed to pay $425 million and accept an independent monitor for laundering $10 billion out of Russia, misconduct similar to that at the heart of today's resolution.

In those latter two settlements, DFS also noted the bank's cooperation. Conveniently for all parties, the monitor from the 2017 Russia settlement is still in place and will keep up the work.

The $150 million deal announced today, while a first for DFS in policing Epstein-related misconduct, should also be read as a win for the bank. It again affirms that cooperation and an expressed commitment to remediation can pay — or at least cost less — even for a repeat offender.