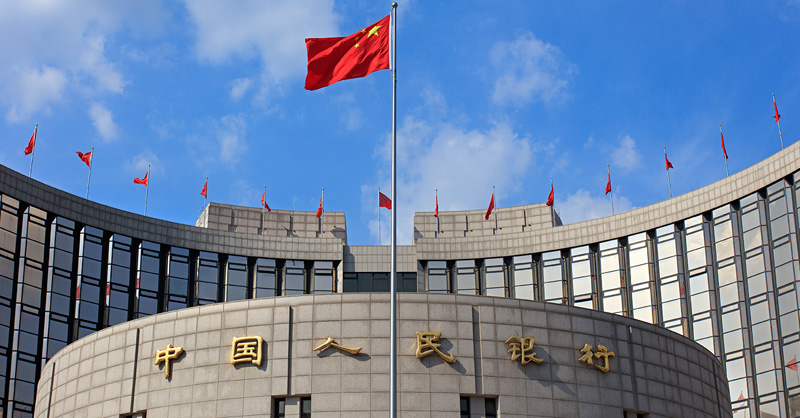 China’s finance regulators appear to be taking an increasingly prominent role in dealing with antitrust-enforcement issues after the country’s top leaders pledged to prevent the disorderly expansion of capital in the economy.

Actions against tech giants, in particular, have figured high on the central bank's agenda to rein in capital expansion for the good of the public.

The People’s Bank of China, or PBOC, the country's central bank, has lately been the most outspoken among top regulators in flexing its muscles to crack down on monopolies, echoing a slew of unprecedented actions by the country’s competition regulator targeting the Internet sector.

Days after the PBOC released its draft regulations for non-bank payment institutions, which included provisions on the supervision of antitrust issues, the central bank has frequently mentioned antitrust concerns in the fintech sector.

Remarks by an official at the Central Financial and Economic Affairs Commission highlighted the close connections between digital players, anticompetitive behavior and the disorderly expansion of capital in the economy.

Many businesses in the platform economy engage regularly in what are effectively finance operations, the senior official, Han Wenxiu, said at a conference last December. He said that as online platforms have proliferated, issues have arisen such as market monopolies, disorderly capital expansion, and unusually explosive growth.

As the PBOC forges a new path in its antitrust campaign, legal observers are wondering what’s the role of the sector regulator.

In the consultation draft on the new rules, the PBOC examines such issues as the determination of market dominant position and the definition of relevant market.

Moreover, the central bank proposed the imposition of strict intervention measures including splitting up dominant non-bank payment institutions by business categories if the service providers seriously harm the development of the market.

Questions have been raised whether the PBOC has the authority to formulate rules that empower authorities to split up businesses for antitrust reasons, as proposed in its consultation draft.

Under China’s Antimonopoly Law, there are no provisions to split up a company by business categories, except for instances of compliance failure in the notification of mergers.

That said, the set of PBOC rules will still enjoy a high level of influence in China’s legal system since the issuing body will be the State Council, instead of a sector regulator.

Competition scholars seem to be taking some comfort in the fact that the rules are still in draft form and modifications can be made.

The rules in the draft are based on the People’s Bank Law and the E-commerce Law, which are higher-level laws for the proposed regulations.

Still, it is arguable whether the State Council is authorized to issue such rules based on China’s Legislation Law.

Apart from financial regulators, other industry regulators are also joining the antitrust bandwagon.

China's Ministry of Transport will strengthen its monitoring and analysis of the transport sector to complement efforts by the country's antitrust regulator to curb anticompetitive behavior, ministry spokesperson Wu Chungeng said at a media briefing last week.

Leading platforms need to be self-disciplined and promote fair competition, Wu said, warning that the platforms shouldn't see themselves as being "too big to be regulated."

Wu said that some digital players have infringed on the legitimate rights and interests of consumers through their market powers.