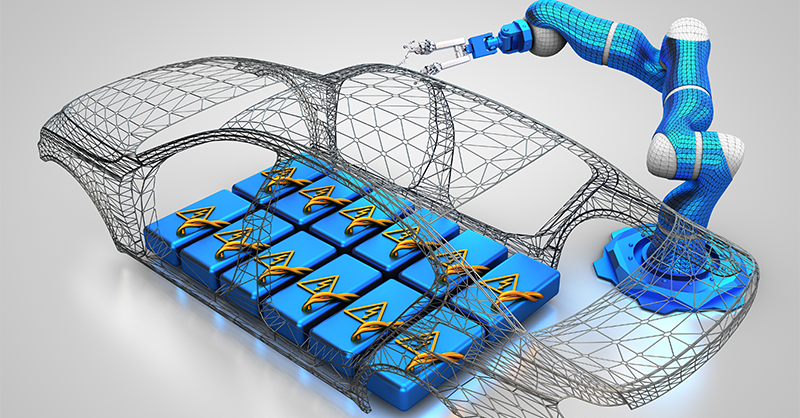 UK regulators are facing pressure to balance a push to roll out automated vehicles quickly and the public’s ongoing trust issues with the technology, opening the door for other jurisdictions to speed past in the global race to automate cars.

The tech industry warns the UK risks falling behind other countries, making the upcoming Law Commission report and the subsequent regulatory response are likely to be critical in determining the UK’s market position for the coming years.

TechUK, the digital technology trade association, said yesterday that while the UK "has a strong record in AVs, thanks largely to an innovation-friendly testing framework," it still lacks clear rules for highly-automated vehicles with "limited details on direction available and no timeframe for implementation set out".

"The UK thus faces a risk of falling behind in the regulatory space, potentially allowing peer nations to steal a march in terms of technology development and application," the group said in its position paper released yesterday. "Germany and France have introduced national rules, with the EU slated to implement its framework for type-approval of AVs in July 2022."

The warning comes as the UK hopes to unlock the potential of the domestic connected and autonomous vehicle (CAV) market, which according to government estimates, could be worth up to 42 billion pounds ($56 billion) by 2035 with nearly 40,000 new skilled jobs.

Staying in the race

Results from a three-year review of the market by the Law Commission of England and Wales and the Scottish Law Commission are expected in early 2022, slightly later than the previously announced deadline of the end of the year.

The commission is considering a broad range of questions, including safety standards required for practical application of automated cars; criminal and civil liability dilemmas facing prosecutors and insurers; and expected broader changes in mobility patterns, particularly in big cities.

But the final report will need to be translated into legislation. TechUK warned that the process — led by the government’s Centre for Connected and Autonomous Vehicles, or CCAV — could "take several more years to design."

A senior CCAV official responsible for future automated vehicle regulation argued it’s about getting it right, saying the government was "drawing a very clear line" on liability and responsibility, unlike some other regulators.

"We shouldn’t expect the public to be lawyers or to be engineers. They just want to live their lives and they want to benefit from automation," Jamie Hodsdon told an audience at a conference*. "That’s a really important principle behind how we’re regulating automated vehicles in the UK in very clearly making a distinction for when the driver is responsible and not."

Ironically, the goal of automation is to increase safety. But the government’s research, published earlier this year, showed that it is a question of safety that remains the "primary concern," caused by "a trust deficit in relation to technology replacing human control." Study participants struggled to say what — if any — intervention could overcome that problem.

The Society of Motor Manufacturers and Traders, or SMMT, also recognized the trust conundrum, releasing its "five guiding principles" for future marketing of automated vehicles. The body urged manufacturers to err on the side of caution and not overpromise or conflate assisted driving with automated features to avoid losing public confidence.

SMMT chief executive Mike Hawes said it was "essential that this revolutionary technology is marketed accurately and responsibly."

Matthew Avery, director of research at Thatcham Research, which conducted the study, urged manufacturers "to use simple marketing that does not overpromise functionality and ... [is] delivered consistently across all marketing material."

Regulators will likely welcome this call. "These distinctions, like driver assistance, remote driving and self-driving are actually pretty fundamental to the safety and the regulation of the vehicle," said Jessica Uguccioni, the Law Commission’s lead lawyer working on the review of automated vehicles.

Transport experts also warned last month that a "long transition phase" during which increasingly autonomous vehicles gradually grow their market share may be "testing" for public perceptions of the technology as it may cause temporary disruption and a possible slowing down of existing mobility patterns.

One of the big questions remains: will drivers who enjoy — as UK Prime Minister Boris Johnson describes it — the "vroom-vroom rah-rah" of traditional vehicles be equally excited by the new technology?

Jan Burdinski, a former Hyundai and Opel executive, summarized the existential problem with finding harmony between the safety and comfort promised by automated vehicles and the excitement of manually-driven, usually combustion engine-powered, cars.

But with concerns over CO2 emissions and technological advancements pushing the simultaneous and rapid development of electric and automated vehicles, mobility as we know it is being changed forever.

Old driving habits die hard and pushing people to switch in short succession may prove difficult, so it will be key for regulators to strike the right balance and win the public’s hearts.