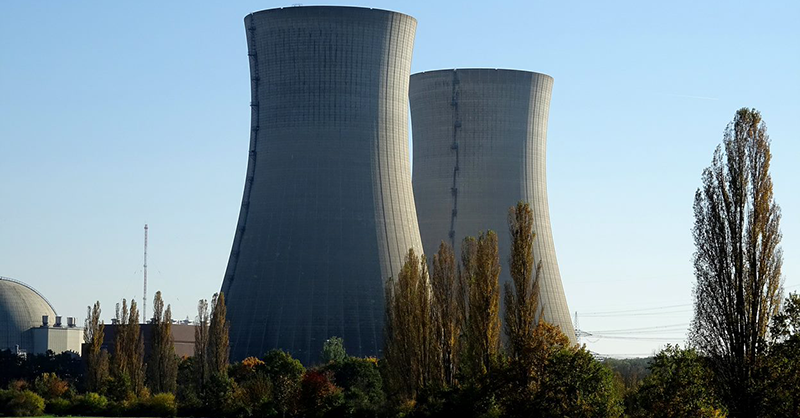 Nuclear power’s status as an environmentally-friendly investment has been disputed by two rival scientific advisory groups, allowing the European Commission relative freedom over what remains a hugely political decision.

A lack of consensus over whether green loans and funds should be allowed to support the controversial technology just enables Brussels to stay neutral as it arbitrates the row between heavyweights such as France and Germany.

The taxonomy — an attempt to categorize the environmental performance of different sectors of the economy such as construction and agriculture — is a central part of the EU’s green-finance plans, intended to aid screening by banks and investment funds, and perhaps to steer the significant public funds being poured into the post-Covid economic recovery.

Those plans will underpin, for example, new standards for green bonds, which are set to be proposed tomorrow. But they have fallen at the first hurdle as a dispute over the status of nuclear and other energy sources like natural gas meant the system had to remain incomplete.

While power from nuclear fission doesn’t directly create carbon dioxide, the main contributor to global warming, there are still concerns over whether major accidents might still do significant harm, and about the disposal of spent fuel, in particular the radiation that comes from it.

A report in March by the Joint Research Center, or JRC, the commission’s science arm, was broadly sympathetic to nuclear power, arguing that on average it harmed health no more than other electricity production, and noting the strict EU protections already in place.

But its findings have now been disputed as “incomplete” and “simplistic” by experts on another commission advisory panel, the Scientific Committee on Health, Environmental and Emerging Risks, known as Scheer, which is charged with advising the EU executive’s health department on pollution threats. Its report was published last Friday.

The JRC used the wrong test when considering the impact of nuclear, merely comparing it to other energy sources rather than looking at actual harm, Scheer said. EU laws were of little relevance to mining taking place outside the bloc, the advisors added, warning that radiation could also harm coastal waters and coral reefs.

A third grouping of scientific experts convened under Europe’s atomic energy treaty, Euratom, which also published its report on Friday, was more sympathetic to nuclear power and the JRC. The Article 31 group, as it's known, backed burying nuclear waste underground as a safe and viable option, and suggested it would be unfair to probe the impact of nuclear meltdowns too much.

“Apart from the fatality rate and the maximum consequences, the assessment of other direct and indirect impacts of very severe and rare accidents is not within the scope of the JRC report, as such impacts have not been assessed for any economic activities falling under the EU Taxonomy Regulation,” its report said.

Until other activities assessed by the taxonomy, such as wind farms or cattle ranches, face the same risk of Chernobyl-style disasters, that logic seems shoddy — as is the suggestion from supposedly public-health experts that impacts short of death shouldn’t be measured.

The lack of consensus among scientists may prove helpful to the commission, which will in practice have to steer between competing political demands for the taxonomy, even if it’s supposed to be a science-based exercise.

France’s pro-nuclear finance minister Bruno Le Maire last week reiterated his support to allow the technology to be included under green-finance plans. Eastern EU countries, seeking to phase out polluting power sources such as coal, are also hoping to get easier access to investment in the atomic power that could replace it.

Meanwhile, Germany leads an opposing front, alongside anti-nuclear countries such as Austria, Luxembourg, Denmark and Spain. Nuclear power is a risky technology that is harmful for both the environment and human health, they argue, and there’s no certainty about the risks related to the geological storage of waste.

Ultimately, the main drivers for any decisions are likely to be political, and the commission now finds itself in a position to pick and choose whichever scientific reasoning fits.

* With additional reporting by Giulia Bedini.