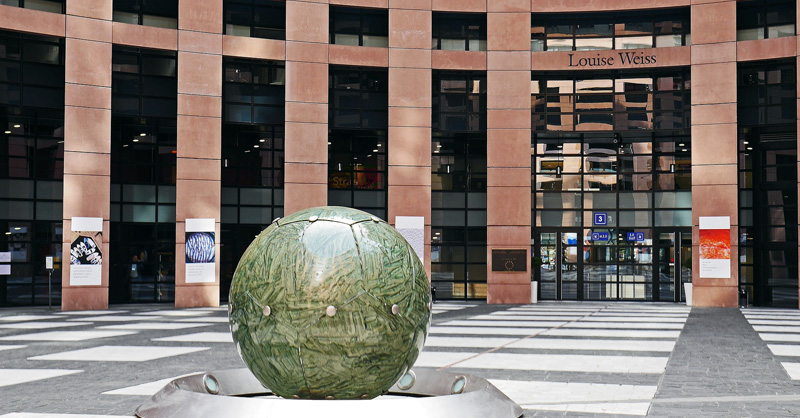 Energy companies contemplating lawsuits against EU governments over their climate plans should take note of a ruling issued by the EU’s top court this week, which essentially declared certain applications of the Energy Charter Treaty to be incompatible with EU law.

The international law — which counts the EU and its member states, except for Italy, among its 53 signatories — allows companies to claim potentially millions of euros in compensation through a private arbitration mechanism known as investor-state dispute settlement, or ISDS, when policy changes are deemed to hurt their financial interests.

Yesterday, while ruling on a case pitting Ukrainian company Komstroy against the Republic of Moldova — with neither country an EU member — the bloc’s top judges said that such a mechanism “must be interpreted as not being applicable to disputes between a Member State and an investor of another Member State concerning an investment made by the latter in the first Member State.”

That’s because the “preservation of the autonomy and of the particular nature of EU law” precludes the obligations under the ECT from being imposed between the bloc’s countries, the court ruled.

The EU judges built on a 2018 ruling known as Achmea, which found that ISDS provisions in bilateral investment treaties are against EU law because they undermine the power of EU courts.

The legal pronouncement may not alter ongoing disputes, but it could discourage new claims for compensation — and perhaps strengthen arguments that the time is ripe for a climate-focused EU to leave the treaty, which was signed back in 1994.

Recent cases in the EU have seen German utilities Uniper and RWE bringing legal challenges against the Dutch government over its decision to stop using coal for power generation by 2030. Both invoked the ECT when starting formal legal arbitration proceedings, in a bid to win compensation for the early closure of their plants in the Netherlands.

Another ongoing ECT-based arbitration case features Vattenfall, which is seeking a 6 billion-euro award from the German government over its abrupt decision to abandon nuclear power following the Fukushima disaster in 2011. The interesting difference in this case is that nuclear power is carbon-free, and Germany’s decision led to a sharp increase in its emissions as it fell back on coal power.

The Komstroy-Moldova ruling will hardly halt such proceedings: Arbitration tribunals have no obligation to implement decisions by the EU courts in Luxembourg.

But things might get complicated in case enforcement of awards is sought at EU courts. In that case, judges would have to respect the pronouncement of the bloc’s judges, meaning that even though an award has been granted by an arbitration tribunal, it may turn out to be non-enforceable once appealed in an EU courtroom.

The ruling is therefore likely to discourage new lawsuits by European companies against EU governments, which now account for more than half of ongoing ECT-based disputes globally, according to environmental lawyers’ association ClientEarth.

But it won’t stop ECT-based compensation claims right away, particularly as non-EU companies that sue EU governments are not mentioned in the ruling.

Certainly, it will raise political pressure on EU policymakers to either accelerate the ECT’s ongoing reform process, or walk out. Environmental NGOs including Climate Action Network Europe have hailed the ruling, seeing the ECT as an obstacle to the EU’s efforts to fight against climate change.

Treaty changes are hard to enact, because they require unanimous approval by all signatories. Unilateral exits are possible, but a sunset clause foresees that investment protection provisions would still apply for another 20 years after the exit. In the meantime, as the reform process has been sluggish, countries such as Spain and France have stepped up their calls for an EU-wide exit from the ECT.