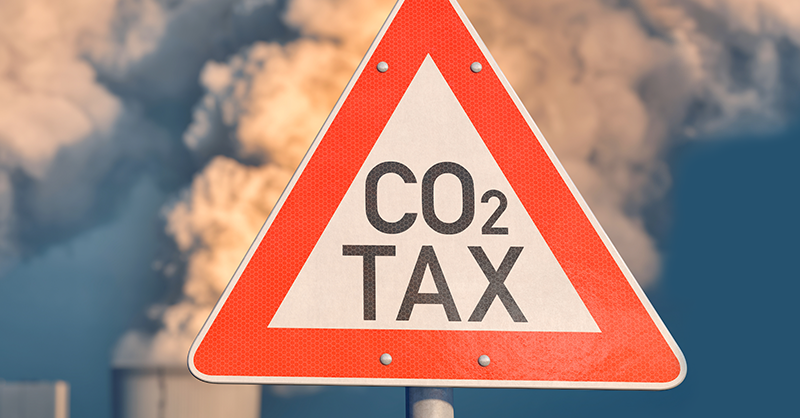 The extent of the EU's ability to fight climate change will be tested this autumn as negotiations between lawmakers and governments on important emissions files and a new carbon border tax are likely to heat up.

The European Parliament and the Council of the EU, which represents member countries in legislative talks, struggled to reach their negotiating stances on the Emissions Trading System reform and other related dossiers earlier this year.

These internal frictions will likely make it more difficult for either side to compromise — despite that being the key part of upcoming negotiating rounds to define the final versions of the legislation.

Despite a desire to make progress ahead of the United Nations Climate Change Conference in November to cement the EU's reputation as a climate leader, talks could go beyond 2022. Rising gas prices and inflation are likely to only add to the tension and divert lawmakers’ attention, thus contributing to dragging out negotiations.

So the question remains: will negotiators be able to reach a deal this year that is acceptable for both sides despite the weaker appetite for compromise?

The EU parliament and national governments have a laundry list of differences. These include how ambitious the reform should be; phasing out free emission permits and phasing in the Carbon Border Adjustment Mechanism; creating a new ETS market for heating buildings and transport; and the size of the Social Climate Fund.

On the ambition, the legislature settled for a 63 percent cut in ETS emissions compared to 2005 levels, down from the previous 67 percent agreed upon in a parliamentary committee. EU governments only decided on a 61 percent figure.

This difference of 2 percentage points and in the slope of the reduction curve equate to some 72 million allowances that stay or go out from the market between 2021 and 2030 — including 46 million allowances in 2030 alone — according to calculations on data provided to MLex by Carbon Market Watch, based on modeling from Climact.

The phase-out of free allowances and phase-in of CBAM is set to last 10 years in the council’s position from 2026 to 2035. Parliament, meanwhile, wants the process to end between 2027 and 2032, or three years earlier.

This will also have an impact on the measure’s implementation speed. The legislature wants to cut the permissions given by 50 percent by 2030, and the system to be phased out entirely by 2032. National governments want only a 30 percent cut by that time, and a 50 percent cut by 2032.

Parliament and governments also disagree on the design of the brand new Emissions Trading System for heating and road transport, or ETS II – a possible standstill described by a prominent lawmaker as their "biggest difference". Parliament also wants to exclude private households from the system until at least 2029, and to cap the price of allowances at 50 euros ($50).

But the design of the ETS II market also directly impacts the Social Climate Fund, originally designed by the European Commission to address the reform's effects on society.

Governments bargained hard on the topic and settled for 59 billion euros, a middle-of-the-road figure that left many unsatisfied, yet lower than the around 72 billion euros proposed by the commission and theoretically supported by EU lawmakers.

The divides may be many, but the real challenge facing negotiators is a possibly hardened position on either side after the internal concessions made within each institution in the first part of the legislative procedure.

A winter with gas shortages and rising inflation is likely to further divert legislative firepower and public opinion away from the climate emergency.

EU lawmakers in June dramatically sank a first attempt to get a watered-down version of the ETS reform passed.

It only passed on a second vote after being tweaked in a less ambitious, more industry-friendly position in exchange for a swifter, stronger application of the carbon border tax.

Yet, when it is time to further compromise with EU governments, left-wing lawmakers and the Greens may find it difficult to explain any deal that further waters down reform to their climate-concerned voters.

Accepting a starting negotiating position weaker than the one they'd backed in committee at an earlier stage is likely to have stiffened their ability to accept compromises on the final text.

Yet, real stumbling blocks might pop up within the council where changes to any aspect of the stance may destabilize the difficult multi-text compromise struck in June.

During that negotiating marathon, governments proved to be quite sensitive also on the design of the mechanism that would allow an automatic intervention against possible price spikes of carbon allowances — which reached record heights earlier this month.

The news Spain will propose to cap Europe’s CO2 price to help tackle inflation, as recently announced by Prime Minister Pedro Sánchez, is probably not a good first sign for hoping that the council will be flexible on how ambitious to make the ETS reform.

If fears over inflation and record energy prices continue to dominate the political agenda during negotiations, it is unlikely that EU governments will be willing to make concessions. This could cause a political impasse between the parliament’s climate warriors on the left and the more conservative national governments.

There is also the risk that if any agreement fails to strike a delicate balance that a new plot twist could derail the legislation in either the parliament or the council.

Ultimately, it will be up to negotiators to decide just how far the EU can actually go to fight climate change.