EU's carbon border levy gathers steam, but not yet shape 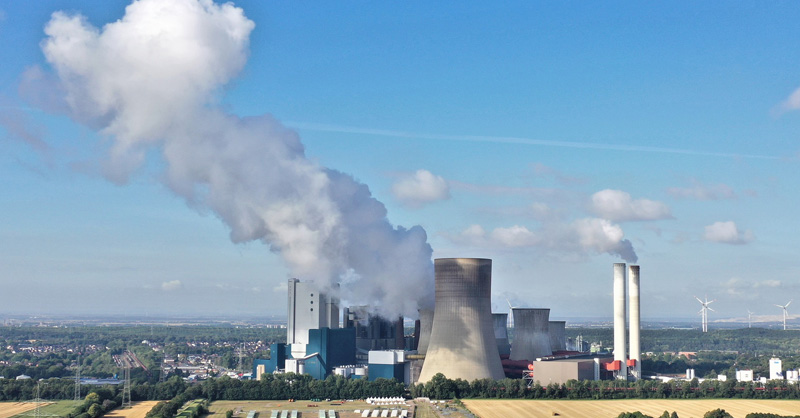 A planned EU levy on carbon-intensive imports is likely to be proposed next year as the radical idea gathers momentum among policymakers.

It’s still not clear what shape the charge will take — a tariff, a tax, or an extension of the internal Emissions Trading System. But as the EU tries to slash its carbon emissions while still protecting domestic industry, it seems that some form of levy is inevitable on imports of products including cement, steel and electricity.

The idea took shape at the EU’s top table last year, when European Commission President Ursula von der Leyen included it in the plan for her five-year mandate. The momentum has only grown since then.

As well as protecting domestic industry, the levy on imports could also replenish the EU’s coffers as it splurges billions of euros on the Covid-19 recovery — much of it to be directed to renewable energy and other sustainability-related projects. The commission estimates revenues from the new measure to be between 5 and 14 billion euros as year ($6-16 billion).

EU leaders recently warmed to the idea at a marathon summit to seal a deal on the economic recovery plan, prompting commission officials to pledge that the carbon tariff will be proposed “as soon as possible”.

The most logical moment would be in a package of energy proposals due next year, which will set the EU on course to reach climate neutrality by 2050 and set out ambitious interim targets for 2030.

There are still a host of technical as well as political hurdles on how a carbon border “adjustment mechanism” would work in practice. The commission began a public consultation on the carbon levy last week, which will be open for comments until the end of October.

The commission says that the policy’s primary objective is to prevent EU industrial activity from migrating to countries with laxer environmental regimes, and to shield European companies from cheaper but dirtier competition from abroad.

Regulators will first have to prove that such “carbon leakage” does exist, and which sectors it affects. Officials are scrutinizing the cement, fertilizers, steel, non-ferrous metals, chemicals, pulp and paper, glass and electricity sectors, but not all will make the final cut as EU regulators will need evidence and data to underpin their moves.

There are questions over how to calculate the products’ carbon footprint. Should enforcers look at the entire value chain and include emissions from the international transport of the goods, or even those coming from the electricity used during the production? Which entity would be responsible for verifying the carbon content of imported products?

Then there's the question of what form the levy should take.

The commission’s public consultation details the options under consideration: a “border tax or customs duty;” an “excise or VAT type” charge applied at the point of consumption, targeting both EU and imported products; or inclusion in the ETS of either importers or foreign producers.

As a slight alternative to direct ETS inclusion, the commission mentions in the public consultation document the possibility of introducing an obligation on importers or foreign producers to buy carbon permits “from a specific pool outside the ETS” that would nonetheless mirror the carbon price established by the cap-and-trade system.

That choice will be critical to one of the main challenges for the plan: its compatibility with international trade rules policed by the World Trade Organization.

The commission’s top trade official Sabine Weyand has said that all three options could be made compatible with WTO rules . But either way, regulators will have to demonstrate that the measure is aimed at reducing greenhouse-gas emissions globally rather than protecting the EU’s own industries.

In principle, WTO law doesn’t allow discrimination between domestic and imported products that are directly competitive in the eyes of the final consumer because of the way they are produced. That includes, for example, the amount of carbon dioxide emitted throughout their production.

Supporters of the EU plan claim that a carbon levy at the bloc’s borders may be justified under an exceptions regime to the General Agreement on Tariffs and Trade, or GATT, in the name of human health and natural resources protection. But EU regulators will have to find a way to make sure domestic and imported products will be treated as equally as possible.

A question of politics

Once officials decide on an approach, they will have to sell it politically, both within the EU and to international trade partners.

At home, for example, heavy industries covered by the ETS might see a cut to their free allowances and the compensation for higher power prices, which are designed to protect them from carbon leakage. That’s because the commission claims that a border measure can’t coexist with other forms of protection.

Industries and some EU governments have already started lobbying for double safeguards to support the bloc’s competitiveness while transitioning toward cleaner energy supply.

And it would be utopian to think that all the EU’s trade partners will simply raise their environmental standards in response to the measure. Major partners, including Russia, China and the US, have already suggested that they may challenge it at the WTO.

Given the tense global environment and the dysfunctional appeal system at the WTO, it’s also possible that the EU could face unilateral retaliatory measures, such as US tariffs on cars.

Nevertheless, the picture might improve after the US presidential elections next November. Donald Trump’s main opponent Joe Biden has green plans for the world’s biggest economy, including a net-zero emissions goal by 2050, as the EU is pursuing.

That leads to another politically sensitive issue EU policymakers will have to think about, which is to choose whether and which countries to eventually exempt from the levy if their environmental goals and legislation are considered equivalent to the EU’s. Again, WTO rules will have to come into the picture, as all imports into the EU should receive equal treatment under its most-favored-nation principle.

While momentum is clearly building for an EU carbon border levy, there’s still a long way to go before it becomes a reality.