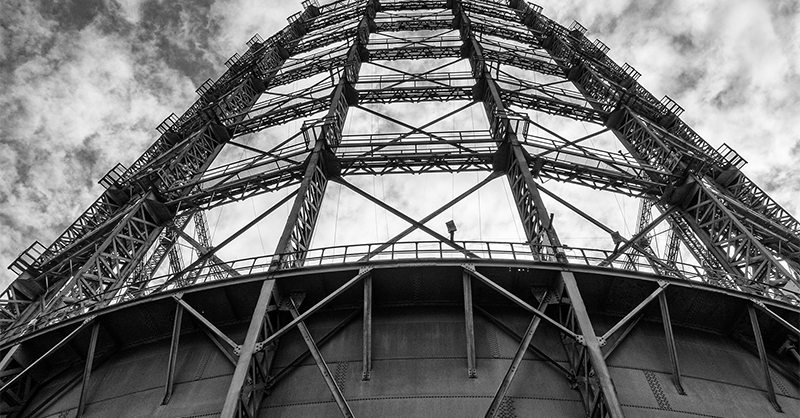 EU gas-storage rules, a common gas-procurement system and changes to the design of the bloc’s electricity market will all be assessed by the European Commission as part of efforts to tackle soaring energy prices.

A policy document announcing the measures today doesn't usher in immediate changes to EU’s energy markets regime; it is part of a “toolbox” compiled by the commission to guide national governments on how to tackle stresses from the current high energy prices while remaining compliant with EU rules.

It follows requests for guidance from several countries, as well as a flurry of emergency interventions in countries including Italy, Spain and France.

The commission describes the increase in prices as “of temporary nature” and expects the situation to ease after the coming winter, around next April. But the “volatility” of prices will remain over coming years as the EU ditches fossil fuels in favor of renewables, a senior commission official said.

The main causes of the crisis are global gas prices pushed up by a surge in demand due to the post-pandemic economic recovery and extreme weather conditions, the EU executive argues, stressing that a higher carbon emissions price is having only a limited impact.

It adds that supplies are also tightened by delayed maintenance works limiting flows from Norway and Algeria, and Russia’s Gazprom unwilling to provide extra capacity, although it is fulfilling its long-term contracts with EU counterparts.

New EU rules for gas storage will be considered as part of a review, expected in December, of how the bloc’s gas market is regulated. Access to storage capacity across borders should be facilitated and market-based support mechanisms, such as auctions, might be analyzed to ensure available gas supplies are “optimally” used, the policy document published today says.

As part of that revamp, the EU executive will also assess a common procurement system for gas stocks, a measure strongly urged by several lawmakers and countries such as Spain and Italy. Participation would be “voluntary” and should be in line with EU competition rules, the commission said.

Next month, new “cross-border regional gas risk groups” composed of national experts will be formed through delegated legislation in a bid to boost security of supply monitoring.

Pressed by France and other countries, the commission will also reassess electricity market rules, firstly by asking the EU Agency for the Cooperation of Energy Regulators to conduct an analysis of the current wholesale electricity market and provide recommendations by April 2022.

Market surveillance to dispel concerns of manipulation will also be strengthened, the commission said, adding that it would ask the European Securities and Markets Authority to analyze trading behaviors and any potential need for regulatory action on the EU’s carbon market, the Emissions Trading System.

Some countries, including Poland, fear a rise in the price of carbon dioxide emissions allowances, which is now around 60 euros per metric ton, is being driven by speculation.

In parallel, the commission’s competition department is investigating allegations of possible anticompetitive behavior by companies producing or supplying natural gas to the EU.

In today's policy document, the commission encourages governments to focus on measures targeted at “vulnerable” groups through emergency income support, such as lump-sum payments, that could be financed though revenues from the ETS as well as energy and environmental taxes. In addition, they could put in place safeguards to avoid disconnections from the grid when consumers have a hard time paying their bills.

Another avenue of intervention is reducing taxation levels, the commission added. National authorities can, within the limits of bloc-wide energy taxation and VAT rules, reduce rates of energy taxes for “targeted” populations over a “limited” period of time.

In addition, governments can provide aid to undertakings or industries struggling to cope with high energy prices within the bloc’s state-aid regime. “Aid interventions should be technology-neutral and not be discriminatory for undertakings in a comparable situation,” the commission’s guidance reads.

Governments are further encouraged to appoint a supplier of last resort in case of exit or failure of a supplier.

In the longer run, EU countries should focus on accelerating auctions for renewable energy, speeding up permits for clean-energy projects, investing more in energy-efficiency measures and developing cross-border electricity networks.

“The clean-energy transition is the best insurance against price shocks like the one the EU is facing today,” the document reads, showing that the commission is sticking to its ambitious plans centered on the 2050 climate-neutrality goal.

Today’s “toolbox” will be discussed by EU leaders at a European Council meeting in Brussels on Oct. 21-22. An extraordinary meeting of EU energy ministers on the matter has been convened for Oct. 26.