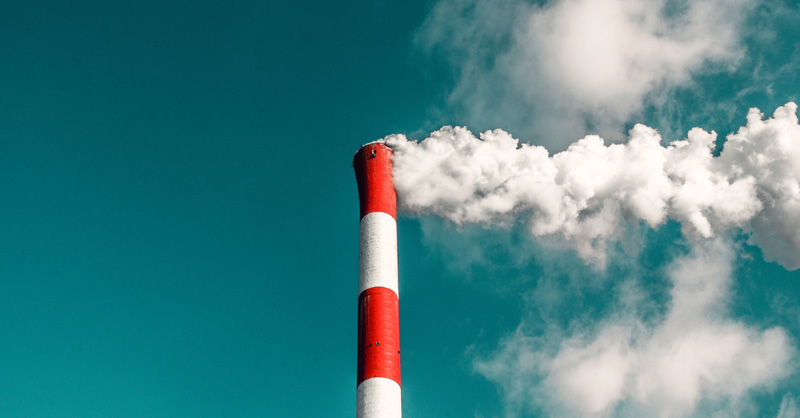 Covid-19 may have cleared the streets of climate-change activists such as the global movement Fridays for Future inspired by Greta Thunberg, but that doesn’t mean protest has been silenced — it has just shifted to the courtroom.

Environment-conscious individuals are starting to see results from their activism in legal settings, especially in national courts across the EU.

Germany is the latest example of accelerated and stiffened climate action signaled through a pronouncement of the country’s constitutional court. In an April 29 ruling, judges in Karlsruhe sided with activists and found the country’s 2019 climate law partially unconstitutional as placing too much burden for emissions reduction on future generations.

They ordered the government to come up with clearer plans for the post-2031 period, and the executive has now decided to push ahead with tighter targets for 2030 and go one better than the EU's 2050 net-zero emissions ambition by bringing the national target forward to 2045.

The case isn’t isolated, and it isn't likely to be the last one. That’s especially so given that an EU-wide climate law negotiated over the last year as part of the Green Deal program is soon to enter into force, adding a layer of accountability for climate action on the European Commission as well as national capitals.

Of course, governments are those first feeling the heat of such rulings, as they’re obliged by judges to get back to the drawing board and tweak their climate laws. But that directly impacts businesses, confronted with stricter requirements to shrink their carbon footprint, whether through higher carbon prices, sectoral standards such as energy performance requirements for houses, or higher power bills.

Companies across different sectors — especially power generation, construction, transportation and heavy industry — should thus avoid underestimating the strength of pro-climate action movements, as their legal activism is emerging as a significant source of legislative and regulatory risk.

The judges in Karlsruhe said that Germany's climate law in its current state was jeopardizing the right of freedom of younger generation by leaving too much emissions-reduction effort to the future.

The case echoed one heard earlier in the Netherlands, similarly based on claims of a breach of human rights. A suit filed in 2015 by the Urgenda Foundation environmental group and hundreds of Dutch citizens ended with the Dutch Supreme Court in 2019 ordering the government to stiffen its 2020 emissions reduction target and work to meet it.

That case prompted similar lawsuits across Europe and beyond, including Belgium, Germany and France.

Last July, Ireland's highest court ruled on a suit brought by climate group Friends of the Irish Environment, by ordering the government in Dublin to come up with a more ambitious strategy to achieve the climate objectives it had previously set in law.

Earlier this year, judges at an administrative court in Paris reprimanded policymakers for not doing enough to curb emissions as pledged under the global climate accord seal in the French capital in 2015. The suit had been brought by several NGOs, including Oxfam and Greenpeace.

This emerging trend of legal victories by climate groups can be expected to prompt more similar suits. And in addition to national climate laws, the forthcoming EU-wide law on climate neutrality could strengthen their cases against policymakers.

“As the overall framework for the union’s contribution to the Paris Agreement, this regulation should ensure that both the union and member states contribute to the global response to climate change as referred to in the Paris Agreement,” reads the political deal on the law between the European Parliament and national governments.

Access to the EU courts in Luxembourg is tough for citizens and climate activists, as the bar to have legal standing remains very high. This was recently highlighted by the rejection of the so-called “People’s Climate Case,” in which EU judges repelled a legal challenge by a group of families against a set of 2018 climate rules, saying individuals were “not individually concerned” by the measures.

But the EU’s climate law may still be invoked by citizens and NGOs at national courts in the bloc's member states.

In addition, easier access to justice on environmental matters may emerge from ongoing EU negotiations between governments and the parliament to revamp the Aarhus Regulation. This specifies to what extent NGOs can challenge EU administrative acts deemed to be running against the bloc’s environmental law. As it stands, it doesn’t allow them to appeal EU regulations and directives.

Rulings emerging from climate disputes won’t necessarily have immediate, ground-breaking consequences. EU countries are going to have to ramp up their pollution-reduction measures anyway in the coming years, based on the new targets for 2030 and 2050 agreed at EU level.

Tighter sectoral legislation on renewable energy sources, CO2 emissions trading and vehicle emissions are all expected as EU policymakers move on to implement the Green Deal. But it will take several years before those updated rules are agreed and in force.

But intervention by judges, prompted by climate activists, could lead certain national governments to shift gear over emission curbs and show their constituencies that they care about the climate cause. That's what Germany’s coalition government has just done, ahead of federal elections in September where the Green party is emerging as favorite.

In addition, a pending case in the Netherlands brought by environmental groups against oil giant Shell might pave the way for more targeted climate litigation against companies. The judgment, expected later this month, will test whether individual businesses can be held liable for their emissions and whether the global Paris climate accord applies directly to them as well.

Plaintiffs aren’t seeking compensation, but rather cuts in pollution by the company, which would imply a switch of some degree from fossil fuels to clean energy sources.