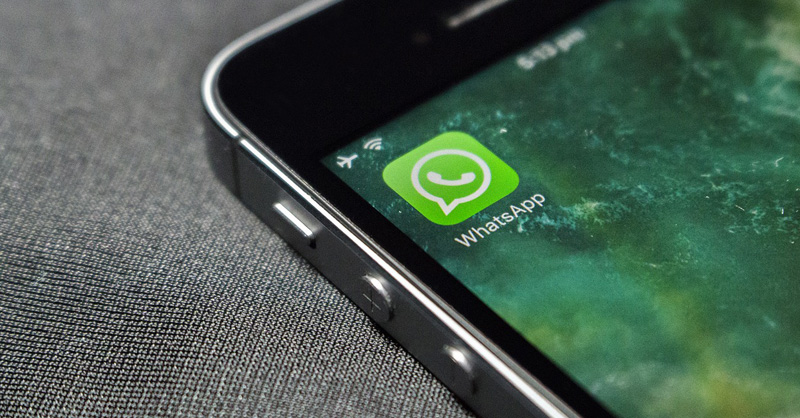 WhatsApp has defended its privacy policy changes, blaming "inaccurate reports" for suggesting the messaging service would be sharing more data with its parent Facebook. "That just simply is not the case," the company's executive told UK lawmakers on Wednesday.

"I can absolutely say there is no change to the data that WhatsApp shares with Facebook," said WhatsApp's director of public policy for Europe, the Middle East and Africa, Niamh Sweeney.

Speaking at a public hearing on internet regulation in the UK parliament, Sweeney said that there had been "a lot of confusion and a lot of misreporting" about the policy changes.

Sweeney explained that the new privacy policy is primarily linked to the broader rollout of WhatsApp's Application Programming Interface, or API, to allow for easier interactions with businesses, and it won’t affect those using the platform purely for personal communications.

In a blog post last October, WhatsApp said it had increased its investment in the app's business and shopping features, making it easier to interact with companies.

A promotional video explained that, as a result of this investment, users would be able to scan a QR code or start a conversation with a business not only to discuss their needs or seek customer support but even complete a purchase without leaving the app, the company said.

The new functionality — which could be deployed at a large scale, with Sweeney suggesting British Airways using it to distribute boarding cards to passengers — would essentially carve-out a limited commercial space within the app.

"We sell the service which allows the businesses to interact with customers at scale. Otherwise they would be tied to one phone, one account and messaging one person at a time," Sweeney said.

During the hearing in the UK parliament, the manager confirmed that the API was "a big part of the business plan for WhatsApp," as the service seeks to monetize its popularity.

However, Sweeney stressed that this move would be only limited to chats with businesses and not private chats, and that users would get clear notifications informing them that they are messaging a company and what third-party service providers — such as MessengerPeople or Twilio — are involved.

"[The users] will never have an approach from a business directly: in other words, there's no other way for a business to get your number. It'd be that they'd choose to message a business on WhatsApp," she said.

Sweeney further reassured the lawmakers that the interface is as robust as other online forms used for bookings or customer care on the internet and complies with relevant privacy laws, with businesses also bound by broader direct marketing rules.

However, last week WhatsApp postponed the update after facing a fierce backlash from users and regulators around the globe, saying the changes will now take effect May 15 instead of Feb. 8.

Sweeney was also asked about the backlash the company has faced from its users, with calls to boycott the app and millions switching to rivals such as Signal and Telegram.

Addressing a broader point about online platform regulations and the UK government's plans to oblige them to tackle online harms, including child sexual abuse content, she told lawmakers that WhatsApp regularly works with law enforcement.

She revealed that the platform removes as many as 250,000 accounts sharing child exploitation imagery every month, using data from "unencrypted services" such as profile photo, group photo, group name, and group description — but not its encrypted content — and checking them against trusted databases.

"Because there are so many encrypted messaging services available, I think you have to look at the differentiation being those that work with law enforcement and want to support their efforts, and provide available information, and those that don't, because there are many who make a virtue of the fact that they don't work with law enforcement," Sweeney said.

When later asked specifically about the growing popularity of Signal and Telegram, she said: "Some of these organizations are among those who make the virtue of not cooperating with law enforcement, so I would draw that distinction."

Her comments appeared to echo concerns expressed by Twitter's head of public policy, Nick Pickles, who in the course of the same meeting warned that by focusing on the largest platforms, regulators may lose sight of potentially less cooperative or outright more problematic smaller players.

"I think these platforms are all here today because they're responsible, and I suspect the real harm will be those that don't come to the committees like these," he said.