US Senate hearing on Section 230 fizzles amid partisan rancor 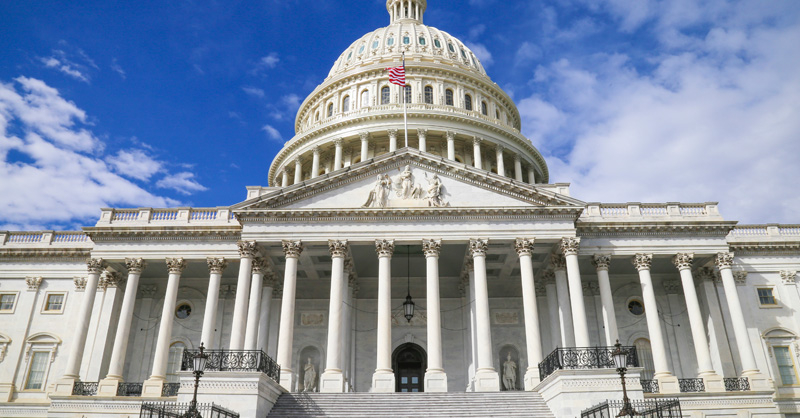 A US Senate hearing featuring chief executives of America’s largest online platforms saw its putative subject — Section 230 of Communications Decency Act of 1996 — reduced to brief mentions amid outbursts from Republican lawmakers over alleged conservative bias and Democratic complaints about the hearing’s close proximity to the November presidential election.

Little of policy substance transpired during the four hours members of the Senate Commerce Committee spent questioning, lecturing and raising their voices to the heads of Facebook, Twitter and Google.

Those companies rely on Section 230 as a legal shield against lawsuits driven by user-generated content.

Section 230 is under intensifying political pressure, particularly from Republicans in the run-up to the Nov. 3 presidential election. Today’s hearing, just six days before national voting concludes, is widely perceived to be part of a GOP campaign to ensure politically favorable content isn’t squashed amid efforts to prevent disinformation from being circulated online. Democrats had opposed the hearing but later acquiesced.

“This is an unusual hearing, at an unusual time,” said Senator Brian Schatz, a Hawaii Democrat who has co-sponsored legislation modifying Section 230.

“I’ve have never seen a hearing so close to an election on any topic, let alone on something that is so obviously a violation of our obligation under law and the rules of the Senate to stay out of electioneering,” Schatz added.

Schatz’s bill would require consumer-facing websites to publish acceptable use policies and institute a content moderation appeals system. Its substance appeared to gain the endorsement of Twitter Chief Executive Jack Dorsey, who told Schatz’s co-sponsor, Senator John Thune, Republican of South Dakota, that “absolutely we believe in a fair and straightforward appeals process.”

It took about 90 minutes for a substantive Section 230 question to resurface, when Senator Shelly Moore Capito, Republican of West Virginia, asked the tech executives how they would define “otherwise objectionable.”

That phrase appears in a rarely-invoked part of Section 230 that requires websites to act in “good faith” when restricting access to content that is “obscene, lewd, lascivious, filthy, excessively violent, harassing, or otherwise objectionable".

“Would you be in favor of redefining that more specifically? That’s awful broad,” Capito said.

A widely cited 1997 case in the US Court of Appeals for the Fourth Circuit established that websites don't need to prove they acted in good faith while invoking Section 230 protections against lawsuits seeking to hold them responsible for taking on publisher functions such as deciding to “publish, withdraw, postpone or alter content” provided by users.

The good faith requirement of Section 230 often applies in the context of online services blocking content in a capacity distinct from a publisher.

Dorsey responded that “otherwise objectionable” refers to content that potentially limits the speech of others, such as harassment, threats or misleading information.

Facebook CEO Mark Zuckerberg, who says he is open to rewriting Section 230, nonetheless responded by warning that proposals to narrow the statute by removing the phrase from the list of acceptable content removal causes could restrict efforts to remove bullying and harassing content.

“I think we need to be very careful in how we think through that,” he said.

More typical of hearing was an exchange between Senator Marsha Blackburn, Republican of Tennessee, and Dorsey.

“Do any of you have any content moderators who are conservatives?” she asked

“We don’t ask political ideology — ” Dorsey began, before being cut off.

As the hearing wound down, Senator Ted Cruz, Republican of Texas, took to Twitter to accuse its CEO of having potentially committed a felony by lying to Congress. Cruz said he encountered difficulty in tweeting a New York Post article about Hunter Biden that Twitter temporarily suppressed. Although Dorsey told the panel that Twitter lifted its block on the article, Cruz said he couldn’t tweet it.

A tweet from the company's communications shop said the specific URL in question didn’t come directly from the New York Post, but from Accelerated Mobile Pages, a Google-dominated project to speed up the delivery of content to mobile devices.

“Since multiple URLs can redirect to the same article, we fixed this specific use case. You should now have no issues Tweeting this,” Twitter said.