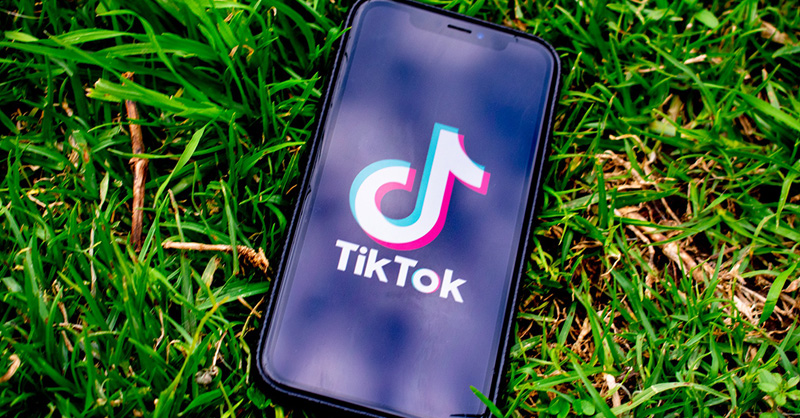 China's TikTok may be able to escape its current dispute with the Trump administration by selling its US operations to Microsoft. But the hugely popular video-sharing app will still be facing regulatory headwinds around the globe, a flashing-red warning of the challenges facing any Chinese social media company with global ambitions.

US lawmakers will keep calling for closer scrutiny of any social media company with any ties to China, even if Microsoft does acquire TikTok's US operations, as has been proposed. Meanwhile, TikTok is facing investigations — and potentially stiff fines — around the globe, both for its handling of children's privacy and its ties to the Chinese government.

TikTok is not the first Chinese tech company with access to vast amounts of consumer information to face scrutiny. Telecom giant Huawei was banned from the United Kingdom's 5G network in July. Last year, the US government declared Huawei a national-security risk, and Google, whose Android operating system powered Huawei's 200 million smartphones in 2018, cut ties to the company.

While TikTok specializes in entertainment, rather than critical infrastructure, its breakout success is exacerbating concerns about the scope and reach of the Chinese government's surveillance activities.

ByteDance, the eight-year-old Chinese social media company behind TikTok, is China’s first global social-media sensation, and the company’s founder, Zhang Yiming, began pushing to go global early. Today, it has about 2.4 million active daily users, many of whom are teenagers, and it is one of the most frequently downloaded apps in the world.

But as the popularity of TikTok’s short viral videos has soared during the Covid-19 pandemic, so have concerns that the app may not be able to withstand pressure from the Chinese government if asked to surrender data or manipulate content.

To assuage those concerns, Yiming has made TikTok unavailable in China. He stores users’ data in the US and Singapore and hired US managers, including former Walt Disney Co. executive Kevin Mayer as its chief executive. He hired a team of lobbyists in Washington. TikTok even announced it would stop operating in Hong Kong in the wake of a new security law giving the Chinese government greater control of the territory.

None of those efforts averted a collision with the Trump Administration. TikTok is now reportedly negotiating a sale to Microsoft under intense pressure from President Trump, who — after vowing to ban the app — has said the deal could move forward. Microsoft has said it hopes to acquire TikTok’s business in the US and three other countries — Canada, Australia and New Zealand.

Despite the temporary truce, calls for greater scrutiny of TikTok and other social media companies with ties to China will likely continue from US lawmakers and the Trump Administration.

Since November, the Committee on Foreign Investment in the United States has been investigating ByteDance Technology’s $1 billion purchase in 2017 of  Musical.ly, a Chinese lip-synching app that was successful in the US and Europe. ByteDance merged Musical.ly into TikTok, giving it a foothold in the West.

The committee is expected to make its recommendations this week, US Treasury Secretary Steven Mnuchin, who chairs CFIUS, said in an interview Sunday on ABC News. If Microsoft or another US company doesn’t buy TikTok, Mnuchin said, Trump would block the app by invoking the International Emergency Economic Powers Act, which allows the president sweeping powers to control economic transactions and impose sanctions.

TikTok, however, isn’t the only cause for concern for Trump officials. All Chinese-owned social media platforms, such as WeChat, require tighter US regulation, Secretary of State Mike Pompeo said in a Fox News interview Sunday.

“There are countless more … that are feeding data directly to the Chinese Communist Party,” he said.

Members of Congress from both parties are expressing concerns, too. US Senators Richard Blumenthal, a Democrat from Connecticut, and Josh Hawley, a Republican from Missouri, sent a letter last week asking the US Department of Justice to investigate TikTok and video-conferencing platform Zoom, another online platform whose popularity has boomed during the Covid-19 pandemic.

Zoom and TikTok were the two most downloaded apps in world in the second quarter of this year, according to consultant Sensor Tower. Zoom became just the third app ever to surpass 300 million installations in one quarter, joining TikTok and Pokémon Go.

But Zoom is based in Palo Alto, California, not Beijing. Owner Eric Yuan is Chinese American, however, and the senators said he’s too compliant with Chinese officials, pointing to Chinese pro-democracy advocates who were suspended by Zoom in June following a demand from the Chinese Communist Party.

Senator Marco Rubio, a harsh critic of the Chinese government, has announced that he is working on legislation that would set standards for all foreign-owned social media platforms operating in the US.

Meanwhile, US consumers have expressed their concerns in a familiar fashion. They have filed dozens of proposed class actions against Zoom and TikTok in federal courts alleging a range of privacy violations that could result in substantial damages, particularly in cases involving children.

Twenty lawsuits against TikTok filed by parents were consolidated in Illinois federal court Tuesday accusing the company of violating the Illinois Biometric Information Privacy Act, which provides statutory damages of $1,000 to $5,000 per violation. And that illegally collected information is quietly being shared with third parties in China who cooperate with the Chinese government, parents allege.

The company has a long record of privacy violations, the parents allege, citing a $5.7 million fine it agreed to pay the US Federal Trade Commission in 2019 for violating the Children’s Online Privacy Protection Act.

If the parents’ allegations survive, they could cost TikTok substantially. Facebook recently agreed to pay $650 million to settle allegations that it violated BIPA with its use of facial-recognition technology.

TikTok is also facing potentially significant fines in Europe over its handling of users’ data. Investigators in Denmark, the Netherlands and the UK, and regulators in Italy, are all looking into whether TikTok is complying with the General Data Protection Regulation. The UK Information Commissioner's Office told MLex this summer that its probe was ongoing, without commenting any further.

TikTok will have to brace itself if found to be in breach of the GDPR. The regulation allows enforcers to impose a fine of up to 4 percent of a company's global annual turnover. In handing out penalties, regulators are also likely to consider the fact that companies processing children's information have extra responsibilities to keep it safe.

In an effort to avoid dealing with enforcement actions across multiple EU countries, TikTok has asked the Irish Data Protection Commission to assume the role of TikTok's lead supervisory authority for EU data-protection matters. But the process is complex, and it's unclear how long it will take.

Whether the Irish DPC is the most appropriate EU regulator for TikTok will ultimately be decided by the European Data Protection Board, or EDPB, the umbrella group of national privacy regulators overseeing the application of the GDPR.

TikTok is facing problems over its handling of children’s data in South Korea, too.

TikTok was hit with a fine of 186 million won ($154,858) this month by the Korea Communications Commission, or KCC, for collecting children’s data without their parents’ consent. TikTok also failed to inform users that their personal data was transferred overseas, the watchdog said.

A 10-month investigation by KCC investigators found that from May 2017 to December 2019, TikTok collected 6,007 personal-data items from children under the age of 14 without the consent of their parents. TikTok also transferred users’ data to a cloud-storage facility located in Singapore without consent, the KCC said.

Under the country’s Network Act, information and communication-services providers must obtain the consent of legal representatives of children under 14 to collect and use their data. They also must obtain users’ consent before businesses transfer users’ personal information to destinations abroad.

KCC members speculated that even more children’s data may have been collected without parents’ consent because the information on how much data TikTok collected was provided by TikTok. Members said they were also disappointed they couldn’t personally inspect TikTok’s data-storage facility in Singapore, where South Korean users’ data is stored, because of the Covid-19 pandemic.

KCC members called for a more effective way to investigative foreign-based companies and called on the agency to continue to monitor TikTok’s data-management practices.

In Japan, lawmakers’ concerns about TikTok have centered on national security, rather than children’s privacy. TikTok and other Chinese apps and services will be the focus of a lawmaker discussion that will examine ways to regulate national security concerns associated with the collection of residents’ data.

Discussions started last month among lawmakers from Japan’s ruling Liberal Democratic Party (LDP), and the group plans to finalize a proposal for the government by September.

After hearing from experts and discussing the issue with other government ministry officials, Akira Amari, the leader of the parliamentary group, said it's time for Japan to start thinking about national security when looking at information-technology devices and software.

“We have entered an era when we should look at data collection and utilization from a broader angle, including the implications for national interests and national security,” said Amari, chairman of the LDP group on rulemaking strategies, adding that US officials have been pushing Japan to adopt such a framework.

At the same time, TikTok has been partnering with local Japanese governments, including Yokohama city and Saitama prefecture north of Tokyo, on public relations campaigns aimed at attracting the attention of its primary audience: young people.

Amari acknowledged that TikTok is a popular app in Japan, but said the government should explain to users the potential security risks and analyze whether consumer data is being used for intelligence-gathering purposes by the Chinese government.

“What’s important is to prevent the [Japanese citizens'] personal information and sensitive information from being leaked,” said Amari, a former trade minister and a close ally of Prime Minister Shinzo Abe.

In Australia, lawmakers worried about TikTok are focused on national security and the potential for interference in local elections.

The concerns in Australia date to February, when the Australian Senate set up a committee to examine the risk of political interference by foreign actors through social media, which has seen participation from Google and Twitter, though notably not TikTok.

The committee's chairwoman Jenny McAllister, a senator from the Australian Labor Party, has called on TikTok to appear before the committee, which will have its next round of public hearings this month.

A small number of parliamentarians in both major parties have been pressing for a national ban, something Prime Minister Scott Morrison hasn't ruled out. Morrison has said if the government needs to take further action it "won't be shy about it." The government has pressed intelligence agencies to investigate the potential threats posed by TikTok to Australians, with the Department of Home Affairs also looking into what steps can be taken to tackle any threat intelligence agencies may discover.

Following the increased tensions around the app, the company's Australian general manager said in July that he would welcome this dialogue with the government, and went on a bit of a public-relations campaign demanding the company not be used as a "political football" while there are increased tensions between Australia and China.

After Microsoft's announced plans to acquire TikTok, Australia's competition watchdog said it was aware of the news but had no comment. Asked by MLex whether the announcement had settled government concerns, the Department for Home Affairs said "the decision to invest in TikTok is a matter for Microsoft."

The acquisition will include TikTok's New Zealand services, where the country's privacy watchdog has said the company isn't currently on its radar, but the regulator "will watch international developments with interest.”