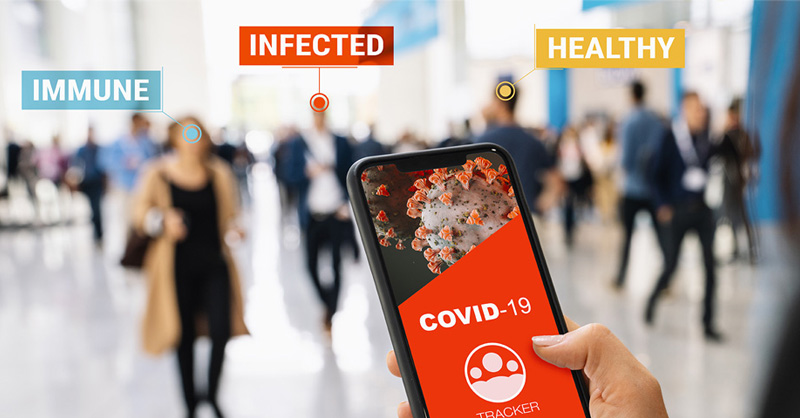 A privacy backlash has led South Carolina to bar its health department from using smartphone contact-tracing apps in a move with uncertain consequences for the development of an in-state app based on the Google and Apple Bluetooth proximity-tracking system.

Until lawmakers in the US state are more certain about the app's privacy and security implications, no state public agency should make use of any coronavirus-status smartphone app, whether it’s designed for contact tracing or exposure notification, said Senator Thomas Alexander.

“We just want to make sure if and when that technology is used that people have confidence in the work that’s being done, and it's vetted through the legislative process,” said Alexander, a Republican who chairs the Re-Open South Carolina Select Committee.

South Carolina is among a handful of states that publicly committed to using a system created by makers of the globe’s two dominant mobile-device operating systems, meant to notify individuals if they've been in close proximity to individuals infected with the novel coronavirus. The system is open to public health agencies, which must build their own apps to take advantage of the smartphones’ newfound proximity-recording capacity. South Carolina’s app is being developed by the Charleston-based Medical University of South Carolina.

“Contract tracing is not an accurate description of what the app will do,” Medical University of South Carolina spokeswoman Heather Woolwine told MLex. The public university is assessing how the law may impact the app’s development, which has yet to be reviewed by the South Carolina Department of Health and Environmental Control.

Apple and Google initially used the term “contact tracing” to describe an update to their operating systems rolled out in May for smartphones to broadcast anonymized numerical identifiers via Bluetooth as a means of detecting proximity to coronavirus carriers. They switched to calling the system “exposure notification” amid mounting global skepticism that smartphones are a substitute for human-led contact tracing.

“Digital tools do not replace the human capacity needed to do contact tracing,” said Tedros Adhanom, director general of the World Health Organization, at a press conference earlier this month.

In an interview with MLex, Davis said he will hold hearings in the coming weeks to better understand the distinctions Apple and Google are drawing between their system and contact-tracing apps.

“I’m not a luddite, I recognize that technology can help us. This was less about a decision on the merits of whether or not an app can be useful, it was more about 'we need more information,'” he said.

Lawmakers expressed concerns that coronavirus apps may be collecting personal or health-status data, Davis said, vowing a “discussion about the security of that data, the privacy of that data.” An earlier videoconference meeting with Apple and Google executives didn’t fully assuage his concerns, Davis added.

“This is a very conservative state,” said Representative Gilda Cobb-Hunter, the senior Democrat on the Ways and Means Committee. “There had to be some language added that would assuage any fears they have about Big Brother coming and taking their guns.”

South Carolina is not the only state legislature to express skepticism over coronavirus apps. A Kansas pandemic spending bill signed into law by Democratic Governor Laura Kelly earlier this month bans public health contact-tracing apps that use cellphone-location data.