New UK leader faces 'everything apart from Armageddon,' with no time to lose 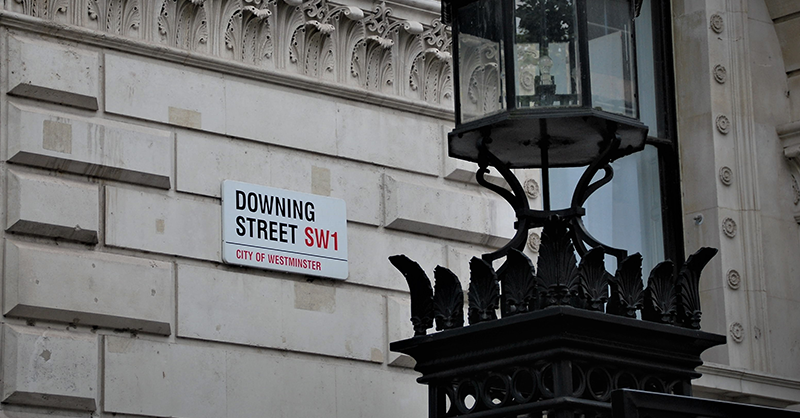 With British Foreign Secretary Liz Truss today winning the race to be next prime minister — as was widely expected — she faces having to hit the ground sprinting.

She is due to outline her ambitions in a speech tomorrow afternoon before appointing allies to key posts later in the day. But she will be in no doubt that her in-tray is the most challenging for an incoming leader in decades. "Everything is in it apart from Armageddon," a veteran lawmaker from her ruling Conservative Party told media last week.

The combined forces of Brexit, the Covid-19 pandemic, and the Russian invasion of Ukraine put Britain in the trickiest economic position since at least the global financial crisis in 2007-08 with inflation — affecting all customer choices — expected to soar next year to 13.3 percent per a Bank of England forecast, 18 percent per Citi Group or even 22 percent per Goldman Sachs.

The cost of living crisis is particularly aggravated by rising energy prices, with the cap imposed by the energy regulator Ofgem set to increase by 80 percent next month. In the summer of 2021, an average annual household energy bill was around 1,100 pounds ($1,300). Next summer, it is forecast to be five times that, with businesses facing even steeper rises.

More worryingly, the government has been reportedly preparing for energy rationing or blackouts this winter, with civil servants looking at how to reproduce documents with carbon paper instead of e-mails in one of the most extreme scenarios.

Widespread industrial strikes over pay among railway, port shipment, logistics, postal, broadband and refuse-collection workers raise echoes of "the Winter of Discontent" faced by Margaret Thatcher at the outset of her premiership in 1979.

Truss will also face an ongoing crisis in relations with the EU over the Northern Ireland protocol, the potential prospect of another independence referendum in Scotland, and a raft of domestic problems, including the dire situation and staff shortages in the National Health Service.

Truss gave some clear indications as to her likely immediate priorities during her months-long leadership race with former finance minister Rishi Sunak.

Initially cautious with her promises on this matter, she is now understood to be working on a major energy intervention in the early days of her premiership to cap the out-of-control energy costs amid fears that millions will be unable to pay their bills this winter.

Her allies, including business and energy minister Kwasi Kwarteng, who is tipped to be the new finance minister, are actively discussing various options. They are understood to include a price freeze, which could be worth anywhere between 60 billion and 100 billion pounds, potentially exceeding the largest ever fiscal spending on the jobs support scheme during the Covid-19 pandemic.

But her broader financial stance seems more conservative, with promises of reversing tax rises for top earners and, in Kwarteng's words, "creating the conditions for business investment and innovation to flourish."

She is expected to carry on with proposed changes to the financial services regulatory framework as well as data protection rules and other digital policies that position Britain as less heavily regulated in comparison with the EU.

Truss has also pledged to lift the ban on fracking — currently under formal review — and issue new licenses in the North Sea while also introducing a moratorium on green energy levies. These decisions, if implemented, will bring the government's pledges on reaching net zero greenhouse-gas emissions into sharp focus — at a critical time for the automotive industry — with existing commitments potentially seeing some revisions or delays.

The new PM will also bring to the post her longstanding concerns arising from her time as foreign minister over China with hints that her government may double down on tackling Beijing's perceived "aggressive" behavior.

This could affect the telecommunications sector as it seeks to diversify its infrastructure without resorting to kits by Chinese firm Huawei and digital regulation when it comes to popular social-media platforms such as TikTok, owned by Chinese tech firm ByteDance. Truss said early in her campaign that the government "absolutely should be cracking down on those types of companies, and we should be limiting the amount of technology exports we do to authoritarian regimes.”

Looking overseas, Truss has consistently taken a firm line on the Northern Irish protocol in relations with the EU, doubling down on the government's controversial bill, which faces new legal action from the bloc. This move, however, could face stern opposition in the unelected upper chamber of the British parliament, the House of Lords, so she may try to make an early trip to Dublin to seek a diplomatic solution.

Truss's political position is likely to be tricky. She secured the lowest support of fellow lawmakers at the final ballot and the lower percentage of votes among the membership of any Conservative leader since the current system was introduced, meaning a grave challenge to bring unity to her bitterly divided party.

She will have to craft her government's legislative plan carefully to ensure she always carries the whole party with her. This could mean late changes to controversial bills, such as the widely-criticized online safety legislation, which got notably delayed during the leadership contest over the summer.

Ministerial appointments will give an indication of her plans, and in terms of her legislative agenda, any clearout of junior ministers — usual with a change of the leadership — could cause significant disruption.

After the cabinet posts and immediate policies are confirmed, attention will turn to Truss's policy speech at the Conservative Party conference scheduled for Oct. 5 for a more detailed overview of her government's core aims in the build-up to the next general election in late 2024.