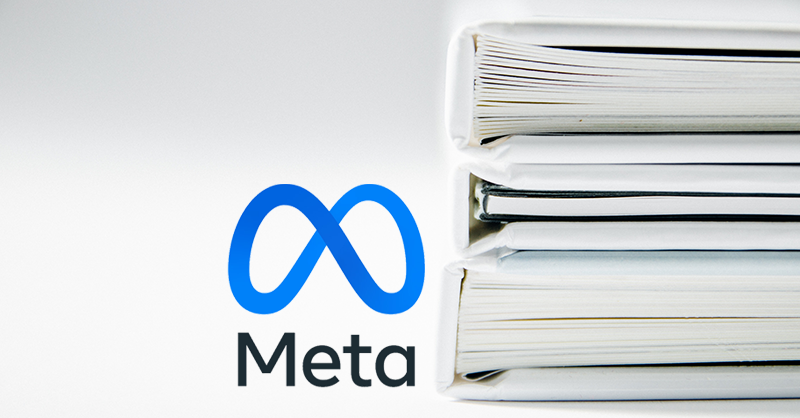 But the deal may not help Meta escape sanctions over alleged discovery misconduct in the case. A federal judge who for months has sharply criticized and been visibly angered by Facebook’s lawyers over their handling of discovery issues last week said a scheduled sanctions hearing is still on, despite the settlement.

Meta and Facebook users said last week in a joint filing they had reached an agreement in principle but didn’t provide additional details. US District Judge Vince Chhabria in San Francisco agreed to pause the case for 60 days while the parties finalize the deal.

But Chhabria refused to cancel the hearing this week on potential sanctions against Facebook for litigation misconduct, saying “the parties must still appear at the hearing Friday, September 2 to discuss sanctions". Typically, when parties in private litigation tell a judge they've reached a settlement, the judge stays all hearings in a case. Chhabria did not explain in Friday’s minute order why he departed from that practice.

In recent months, Chhabria has expressed “grave concern” and sometimes anger over what he perceived as Meta’s laggardly progress in handing over key documents, most notably the internal “App Developer Investigation” the company commissioned to assess apps’ data-sharing practices after the Cambridge Analytica scandal broke in 2018. At times, the judge has appeared to believe that lawyers for Meta were flouting the court’s authority by not complying with his evidence discovery orders.

Zuckerberg had promised to share the results of the internal app developer probe publicly. But that never happened, and regulators, including the District of Columbia attorney general and the Massachusetts attorney general, have also sought documents from the investigation to bolster their claims against Facebook.

Plaintiffs suing Facebook also complained to Chhabria, who warned Facebook in February that it could be sanctioned for “stonewalling” discovery in the case and called the company’s failure to share documents from the app developer investigation “particularly egregious.” He also invited the plaintiffs to file a motion for sanctions.

A month later in court, Facebook attorneys attempted to reassure Chhabria they were working to resolve the issues and that sanctions wouldn't be necessary. “I truly believe once there's a fuller understanding of what has happened here and how things have unfolded,” the plaintiffs’ request for sanctions will be denied, Facebook attorney Rosemarie Ring said at a case management conference.

Chhabria, however, was skeptical and said Facebook had an “uphill battle” to prove that sanctions weren’t warranted, based on what he'd seen so far.

In April, plaintiffs filed their motion for sanctions outlining years of discovery issues and seeking $854,195 in fees and costs related to the alleged misconduct, saying discovery in the case had “never gone smoothly.”

“This motion seeks compensation for past sanctionable conduct that has wasted the most time and effort,” plaintiffs said. “It is not an exhaustive history.”

At a hearing in June, Chhabria seemed dumbfounded that the plaintiffs were still having difficulty obtaining documents from the app developer investigation and questioning Facebook witnesses. The plaintiffs told Chhabria Facebook still hadn’t produced documents showing how much revenue it earned by allowing apps and other third parties to access users’ data, and it was withholding too many documents under attorney-client privilege.

“I seem to recall that I already issued an order requiring completion of the production of the ADI documents by a previous date. Didn’t I?” Chhabria asked, his frustration tinged with sarcasm. “I’m just trying to figure out what’s the point of continuing to issue orders requiring the production of ADI documents by a certain date, and seeing that date pass, and then issuing another order…what’s the point of continuing to do that?”

The magistrate judge and a special master in the case “have been banging their heads against a wall on this ADI issue for I think years now,” Chhabria said.

On June 24, the special master in the case ordered Meta to supply all non-privileged documents from the app developer investigation to the plaintiffs.

Then in July, Zuckerberg, Sandberg and several other top executives agreed to sit for hours of questioning about Facebook’s sharing of users’ personal data.

But plaintiffs also said in the filing that while Facebook’s cooperation had improved, it was still falling short.

“Facebook’s assertion that it properly complied with each of the ‘ADI orders’ is false,” plaintiffs said. “Its non-compliance is documented in Plaintiffs’ sanctions motion and will be further documented in their supplement.”