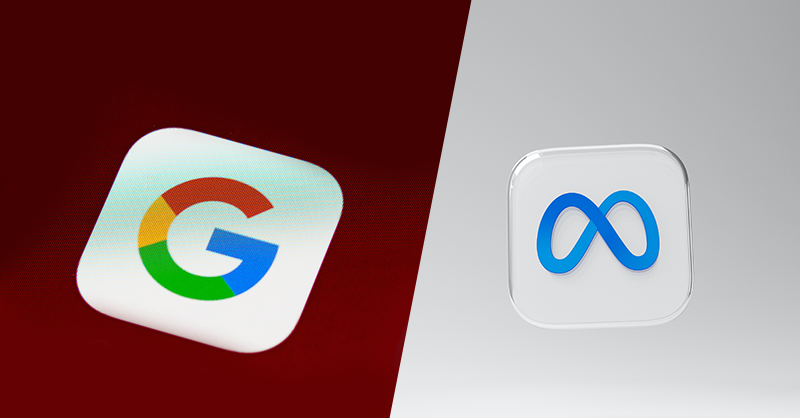 Google and Meta Platforms, fighting proposed US class-action litigation over their collection of personal data, are defending against multiple claims that the companies shirked their legal obligations to turn over documents and other records — leading several judges to consider sanctions against the companies.

Late last week, a scrum of 19 lawyers for Google and plaintiffs suing over the Internet giant’s data collection through its Chrome browser spent four hours and 46 minutes battling in a federal courtroom in San Jose, California, over a request for sanctions over Google’s alleged obfuscations in disclosing and turning over records.

The hearing was sealed by US Magistrate Judge Susan van Keulen because of the sensitivity of Google records at issue in the sanctions hearing, and van Keulen has not yet ruled. Google is also facing a renewed call for additional sanctions in a second suit over Chrome privacy, after already being hit with $1 million in financial sanctions in that case for allegedly concealing the existence of internal logs it used to track people using Chrome’s “Incognito” private browsing mode.

Not to be outdone, Meta faces a hearing Sept. 2 in San Francisco before US District Judge Vince Chhabria on a motion for sanctions in a case over Facebook’s allegedly illegal sharing of user data with app developers on its platform prior to 2015. In recent months, Chhabria has repeatedly voiced his “grave concern that Facebook was committing serious discovery misconduct” by hiding documents and other evidence from the plaintiffs in that case.

Though largely invisible to people outside a case, electronic discovery is a costly legal battlefield where US class-action litigation is often won or lost, because it determines the record available to decide dispositive motions for summary judgement or the facts available to a jury or judge to render a trial decision.

The scale of the discovery battles over these three privacy cases suggests the high stakes of defending against this privacy litigation for Google and Meta. For both companies, the legal and regulatory risk inherent in the sanctions battles includes not just the outcome of the litigation, but what information about Google’s and Meta’s use of personal data ultimately becomes public.

With Congress considering federal privacy litigation, and the US Federal Trade Commission last week launching a process that could lead to US rulemaking that may limit data collection and use practices, large tech companies can ill-afford any damaging headlines about their privacy practices.

Chhabria’s statements in the Meta privacy case suggest the social media giant will be hard-pressed to defend itself from litigation or financial sanctions at the Sept. 2 hearing. The plaintiffs in that case recently filed a brief in support of sanctions, but like so many of the filings in the case, those documents are sealed because of the sensitive business information they contain.

Seeking to preserve those business secrets during the sanctions battle, Facebook on Monday asked Chhabria “to seal confidential information regarding details about the data systems that house specific data and how Facebook stores, tracks, preserves, deletes, and processes data.  This information involves key components of Facebook’s business that set it apart and ahead of its competitors and reveals confidential technical information about its data systems and proprietary methods for storing and processing data.”

Facebook also asked Chhabria to permanently seal the details — including the name — of the internal tool it uses to respond to requests from law enforcement for access to the personal data of its users.

Meta declined to comment to MLex about its strategy in the battles over sanctions. But Google said it has the right to defend itself from the “overreach” by plaintiffs in discovery battles, which the company suggested were as much about litigation gamesmanship as about the merits of the case.

"We constructively engage with plaintiffs and work in good faith to meet all our legal discovery obligations,” said José Castañeda, the Google spokesperson. “However, we will push back when plaintiffs overreach and file legal procedures that have less to do with the merits of the case and more to do with manufacturing disputes.”

Facebook said in Monday’s filing that there is an additional risk to the battles over discovery sanctions: data security. “Hackers and other bad actors could use this information to better understand Facebook’s data systems and target specific repositories of data, potentially harming both Facebook and its users,” the company told Chhabria.

Meta for years has battled both private plaintiffs and state regulators to restrict access to an internal “App Developers Investigation,” or ADI — the internal report that Chief Executive Mark Zuckerberg commissioned in the wake of the Cambridge Analytical scandal. Massachusetts subpoenas obtained by MLex through a public records request in 2021 show Facebook suspended 425 apps in 2018 as it investigated the Cambridge Analytica breach.

The ADI has also become an issue in the sanctions battles, and Facebook said in a court filing earlier this year that its disclosure would pose both legal and business risks to the company.

Alexander Southwell, a former federal prosecutor in New York who led the ADI conducted by the law firm Gibson, Dunn & Crutcher, said in a court filing earlier this year that disclosure of details of the ADI, such as which apps were probed and punished by Facebook, would cause “reputational harm” for those apps. At its height, more than 300 Facebook in-house and external lawyers and other experts were working on the ADI probe, Southwell said in the court filing.

“The Investigation was highly complex and addressed millions of applications operating before changes were made to Facebook’s platform,” Southwell said. “Rather, under Gibson Dunn’s and in-house counsel’s leadership, the ADI team devised and tailored the ADI’s methods, protocols, and strategies to address the specific risks posed by these legal challenges.  These proprietary methods and techniques are valuable to Facebook.”