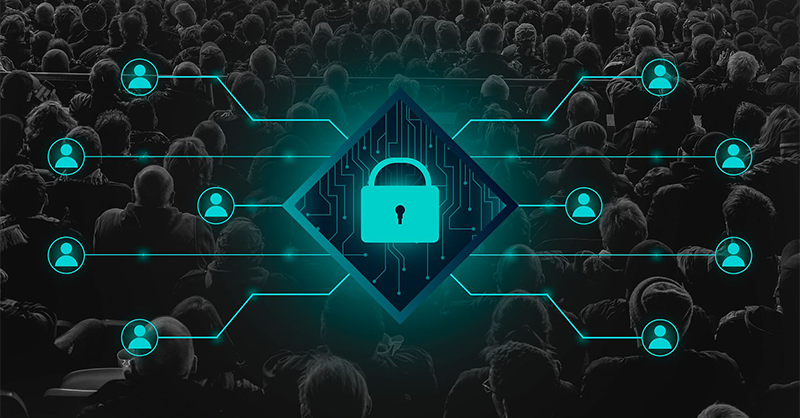 Facebook’s top lawyer, Jennifer Newstead, is focused on present-day regulatory problems like the legal uncertainty of transatlantic data flows and the need for US privacy legislation. But Newstead said today that Facebook is also confronting regulatory questions about the next generation of the Internet.

Facebook’s leadership, from Chief Executive Officer Mark Zuckerberg down, in recent weeks has been talking up what Facebook calls the “metaverse,” a form of what is often called “ubiquitous computing” where people would inhabit a three-dimensional digital world instead of viewing a two-dimensional Internet on a smartphone or computer.

Speaking at a technology conference* in Colorado today with the top lawyers of a leading US Internet service provider, Cox Communications; and a leading content-producer, the Motion Picture Association, Newstead echoed Zuckerberg’s recent statements about the metaverse, describing it as “a successor to what the mobile Internet might look like.”

For example, in the metaverse, the panel discussion with Cox general counsel Jennifer Hightower and MPA general counsel Karyn Temple might be a holographic projection that would transport the Colorado audience and the speakers to a digital space where there would be a shared sense of presence.

“It’s a bold and big concept. It’s not something that is specific to Facebook,” said Newstead, who joined Facebook in 2019. “It’s something that many companies are working on.”

“But it obviously raises a whole host of questions about regulation,” she said, and Facebook is trying to think through what those regulatory questions are, and which policy makers will think about those questions.

Newstead repeated something Zuckerberg and other tech leaders have said many times, that Facebook wants a national privacy law. But she said the advance of data protection laws around the world is also making it more critical to develop global data protection standards. One example of that work is an effort by the Organization for Economic Cooperation and Development that would pave the way for freer international data flows, bolstering the digital economy while dealing with privacy concerns.

“We’re really at an inflection point globally about how governments are thinking about regulating the Internet,” Newstead said.

Privacy regulation is a focus for all three general counsels. Hightower, senior vice president for law and policy for Cox Enterprise, the corporate parent of Cox Communications, said the ISP is increasingly concerned about the disconnect between state privacy laws.

California, Virginia and Colorado are the three US states that have passed baseline privacy laws. But absent a clear signal from the White House that privacy legislation should be a priority, there is no sign that the US Congress will pass a national law in the near future, and certainly not before the mid-term US elections in 2022.

“We need clarity. Honestly, from Cox’s perspective, we need clarity from [national] legislation,” Hightower said. The problem with relying on state-level privacy laws, she said, was that “you pretty much wind up playing to the most restrictive regulator, but that means one state is literally dictating mandates and controls your privacy program.”

For a national ISP, state-level privacy regulation is a problem, Hightower said. “Right now we are reacting to state regulations, which can differ, and it's very hard to build an effective privacy database and privacy program that is in compliance with one state’s law when you are a nationwide service provider.”

Temple said content creators are concerned about the link between privacy and piracy, in part because of Europe’s General Data Protection Regulation that has caused ICANN to limit access to metadata that indicates who is using specific web domains, limiting the industry’s ability to go after bad actors online. “I think it’s an important conversation to have,” Temple said, because content creators need to “balance the need for consumer privacy but also the need for us to be able to make sure the online ecosystem continues to be able to thrive for everyone."

Newstead noted that she joined Facebook just as it was entering into a $5 billion privacy settlement with the US Federal Trade Commission. That enforcement action “requires really a rebuilding and reconstituting of our privacy compliance and data control posture from the ground up. This has been an issue that has been front and center for me during my time at Facebook and will be for the foreseeable future,” Newstead said.

At least in tech companies, Newstead said the role of the general counsel is evolving beyond compliance with regulation to also consider how the company’s action is affecting society more broadly. Facebook, for example, has appointed a deputy general counsel who leads a company-wide civil rights organization, she said.

Increasingly, Temple said, companies’ general counsel are being seen as the “moral backbone of the company.”

Cox’s Hightower said for general counsels “it’s completely a new addition to the role and it’s one that will continue to evolve.”