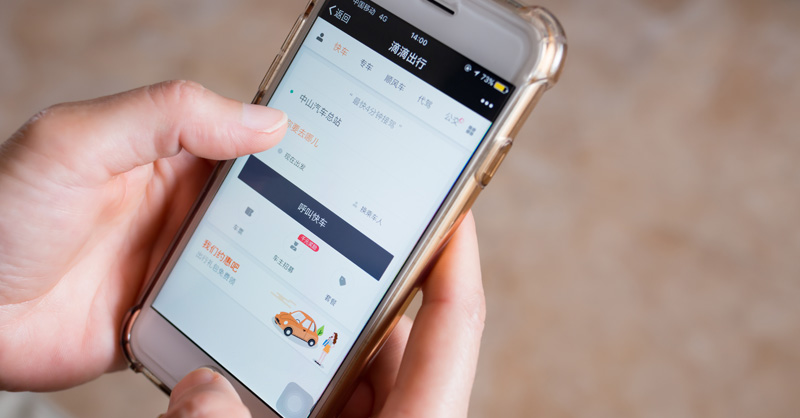 China's largest ride-hailing app Didi Chuxing may offer a lesson to Chinese data-sensitive companies currently listed in the US: Turning to Hong Kong is the right way out.

The company, at the heart of a high-profile cybersecurity review by Beijing, said last Friday it has initiated the process of delisting from the New York Stock Exchange and that of listing in Hong Kong.

While this outcome indicates Didi has begun emerging from regulatory crosshairs, attorneys expect it to also herald a wave of "repatriation" of data-processing heavyweights back into China, most preferably to the offshore Hong Kong Stock Exchange, or HKEx.

These moves may be prompted not only by Beijing's tightening grip over data at home, but also increasingly stringent disclosure rules designated by the White House.

Didi got into trouble soon after it went public on June 30 by defying a reported Chinese order for it to delay its initial public offering. Chinese regulators embarked on a cybersecurity review over the risks that its data-processing activities pose to national security. Subsequently, its new-user registration was suspended and its apps were pulled from app stores.

So far, there hasn't been any official update to the review from the seven government bodies entrusted with the work. Didi's latest announcement, however, is a sign that it has ultimately failed to obtain the greenlight for a US listing — yet a Hong Kong alternative is deemed acceptable.

As MLex reported, Didi collects not only commuting details of civil servants and those of the wider public, but also high-precision geographical data that has implications for national security.

"Chinese regulators believe relevant risks are more controllable in Hong Kong, given that they have closer ties with the city's securities watchdog," a Shanghai-based attorney said.

The city, a former British colony situated in southern China, has a national security law in place since last year, following turbulent anti-government protests in 2019.

It remains to be seen if Didi faces other consequences following the five-month cybersecurity scrutiny.

Tightening controls don't just come from China. As the decoupling between the world's two largest economies continues, Chinese companies that once enjoyed deep liquidity and ample valuations on US markets have found themselves struggling with headwinds in Washington.

The Holding Foreign Companies Accountable Act, which was signed into law last year, asks foreign companies to share their audit papers for US inspection. If they aren't compliant for three consecutive years, they have to delist from US exchanges.

A longstanding point of contention between Beijing and Washington, the request stokes concerns within China that national security may be compromised if the audit papers of data-heavy companies contain troves of personal information and important data.

The situation has become more pressing with the US Securities and Exchange Commission announcing last Thursday that it had adopted amendments relating to the Act. Companies now need to submit documentation establishing that they aren't owned or controlled by a governmental entity in their auditor's foreign jurisdiction.

Mounting pressures are likely to induce Chinese companies to rethink the best listing destination, even though there hasn't been an explicit call from Beijing urging them to do so.

Instead, the China Securities Regulatory Commission said yesterday it's "always open" to companies' choices of overseas bourses and fully respects their rights to choose listing places in compliance with laws and regulations.

"We haven't received any request asking us to return home," an in-house counsel of a US-listed Chinese company told MLex. "But for companies handling troves of data, the choice will be tough and limited."

Digital players are keen to see if any industry peers will follow in Didi's footsteps.

On July 5, the Cyberspace Administration announced national-security reviews of Yunmanman, Huochebang and Boss Zhipin, three days after launching a similar review against Didi.

Both Full Truck Alliance and Kanzhun went public in the US earlier this year before Didi.

The HKEx boasts a well-established trading system and a sufficiently large market, attorneys commented. Its accessibility to international investors also offers incumbent shareholders a chance to buy the stock.