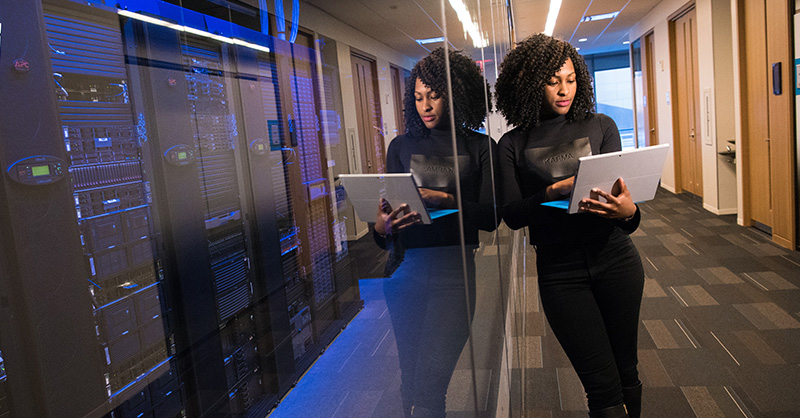 Recent rulings by a Beijing court against Chinese social media platforms TikTok and WeChat for their data-processing practices is sending an encouraging signal to users who experience the discomfort of having their social relationships exposed in the virtual world.

The rulings, which support claims by two individuals that the platforms, with the benefit of advanced algorithms and Big Data technologies, infringed their personal-information rights, may serve as a legal template for other data use violations.

The two judgments, which also ordered the platforms to apologize, are in line with the strong initiative by Chinese authorities to stop online platforms from excessively collecting and improperly using personal data, violations which have caused widespread public condemnation.

The two cases show that lawsuits could become an effective remedy for individuals who feel there has been a privacy intrusion but are not given the choice to opt out of certain functions.

In the TikTok case, the app extracted the phone number of an individual named Ling from the contact details of existing TikTok users and recommended social accounts that Ling might know when Ling later registered on the app with the number.

The court said TikTok should have deleted the number at the time of collection because Ling had not registered on the app with the number. TikTok also failed to get approval from Ling when collecting his number from other users’ contacts.

The app further violated Ling’s rights by collecting his location details without permission.

In the case of WeChat Reading, the default setting on the app tracks an individual's reading history, including reading time and notes, and makes this information accessible to the individual's WeChat friends, once the user gives approval for the reading app to access the user's list of WeChat friends.

According to the court’s ruling, WeChat Reading failed to offer sufficient information on the uses of reading information, causing confusion about the friend lists on the two apps, which are both operated by Internet company Tencent.

It also further infringed the user’s rights by automatically adding friends without consent.

The court in both cases dismissed the allegation that TikTok and WeChat Reading had infringed the privacy of the two individuals, noting that information involved in the cases didn’t meet the threshold of privacy and didn’t result in a disturbance of their personal lives.

The court in its rulings mainly relied on the General Principles of the Civil Law, but also made reference to the upcoming Civil Code, which was passed by the national legislature in June and will take effect next year.

The Civil Code offers expanded and clearer definitions of an individual's rights to have personal information and privacy protected by law than the General Principles of the Civil Law. China is also drafting a Personal Information Protection Law, which may also clear the way for similar lawsuits in the future.

Since 2019, Chinese authorities have mounted a rigorous campaign to crack down on data abuse by mobile apps that inappropriately handle personal data.

While urging Internet companies bear in mind the need to protect the data of users, who may be unable to learn how their data is handled, the court also noted the examination of privacy and personal information should be carried out in specific scenarios, taking into consideration factors such as the logic of the product and the nature of the conduct.

However, protecting personal information overly strictly will not necessarily bring benefits to individuals, the court said. To allow the Internet industry to use personal information to a certain extent, and in a reasonable way, can promote the development of the industry and the digital economy, thus benefiting society, it said.