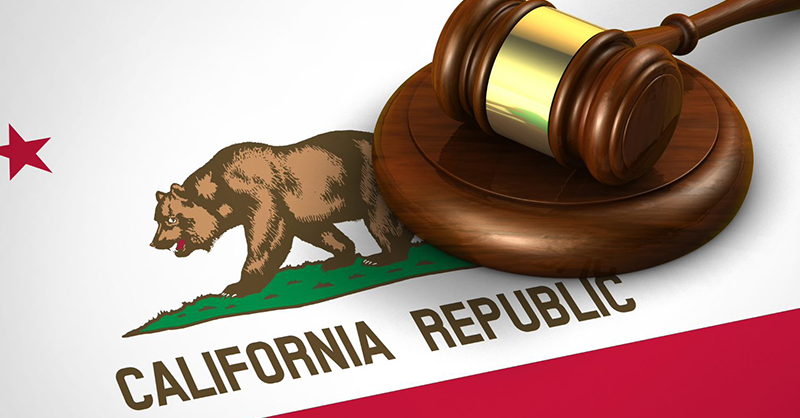 California’s new attorney general, Rob Bonta, plans to work in close partnership with the state’s new privacy enforcer, as he sees a blending and blurring of the line between antitrust and privacy enforcement. What Bonta doesn’t see is any reduction in regulatory pressure on California’s tech giants.

“As the California attorney general, I see my role as being the people’s attorney, and that certainly includes protecting Californians from the abuse of power by big corporations, including Big Tech,” Bonta said in an interview with MLex this week. “I intend to be very active in this space because it’s very consistent with my values.”

A former state legislator from the San Francisco Bay Area who was appointed by Governor Gavin Newsom in March and took leadership of the California Department of Justice in late April, Bonta is a progressive who believes antitrust and privacy enforcement should also incorporate factors such as racial and economic equity. His parents worked with legendary California civil rights figures and farm union organizers Cesar Chavez and Dolores Huerta in Southern California.

As a lawmaker, Bonta, 48, authored legislation to prohibit for-profit prisons and immigration detention centers in California, and a bill requiring immigrants to be informed of their legal rights before speaking with immigration enforcement agents. In recent days as attorney general, he has called on the US Securities and Exchange Commission to force companies to disclose the financial risk they face from climate change, set up a new human trafficking and sexual predator apprehension team, and celebrated the US Supreme Court decision preserving the US Affordable Care Act. He has moved to defend California’s net neutrality law in a challenge by Internet service providers and wireless carriers.

The first Filipino-American to serve as California’s attorney general, Bonta said in a conversation with MLex that he plans to apply those same progressive values to California’s antitrust and privacy enforcement, and that he agrees with statements by Rebecca Kelly Slaughter of the US Federal Trade Commission that antitrust can be a tool to fight racism and other forms of inequality.

“I agree with that. I think that’s right on,” Bonta said enthusiastically, also mentioning privacy enforcement when asked if he agreed with Slaughter’s statements on antitrust. “My role is to keep top of mind our most vulnerable, our voiceless, those who are most vulnerable to abuse.

“Oftentimes monopoly behavior raises costs on our lowest-income families, and the dangers of having personal information sold and resold, there’s an unfortunate burden that’s borne by our most vulnerable communities, often communities of color and poorer communities,” Bonta continued. “So I do agree with the statement and believe antitrust enforcement can be a force for racial and economic equity.”

Bonta said large digital platforms don't need to be regulated simply because they're big. "We’ll let the facts and the law drive our actions," he said. "It’s more of a question not simply, 'are they large and are they powerful?'—  without more. It’s 'are they using that size and that power in a way that’s unfair, unlawful and antitcompetitive and violates the laws of privacy and antitrust'?"

“I think the California Privacy Protection Agency, the CPPA, is a welcome entry to this space,” Bonta said. “There is more than enough work to do in this space. It will be good to have more protectors of Californians’ privacy on the job and to work with. We plan to, and are committed to, having a strong partnership with the CPPA.”

It is unknown still whether Bonta will still be attorney general in 2023, however. Appointed by Newsom to complete the term of Xavier Becerra, who resigned to become President Joe Biden’s secretary of health and human services, Bonta must face reelection in November 2022. A strong ally of Newsom, who is facing a recall campaign this year that could theoretically sweep the governor from office, the new attorney general has a limited amount of time to make an impression with California voters.

California has joined the many other states suing Google and Facebook in an alliance with the US Department of Justice and the FTC, respectively. Becerra had originally stayed out of the suit against Google, but elected to join the complaint in December, after the election. Leading the largest law enforcement agency outside the US DOJ, the new attorney general said California's involvement in the multistate antitrust suits adds to the resources the states can bring to the case.

“When we’re involved, people will notice,” he said. “They do not just because California is the largest state in the nation, the fifth largest economy in the world, and the home to many of these tech companies that we are holding accountable. Many of them are homegrown companies, and we’re saying there are lines you cannot cross. No one gets a pass.”

Bonta said he is aware of the powerful economic benefit that Silicon Valley has brought to California. "Of course, we’re proud of what we’ve accomplished in California, with a very robust economy, and with the innovation that we’ve created and being the tech capital of the world," he said. "But we also need to do it lawfully."

Bonta had less to say about ongoing privacy and antitrust probes against Facebook, which began following the company’s Cambridge Analytica privacy breach, or about the state’s antitrust probe of gasoline prices.

“It is public we are investigating Facebook’s privacy practices since we sued the company to enforce our subpoenas, as you mentioned, and that was public,” the attorney general said. “We take any potential violations of people’s privacy rights very seriously. Besides that, I’m not able to comment other than the investigation is ongoing.”

Asked whether California would join multistate litigation against Google’s app store policies that MLex has reported Utah, Tennessee, New York and other states are likely to file in the next few weeks, Bonta had little to say.

The FTC is increasingly meshing its privacy and antitrust enforcement, and Bonta said the California DOJ, which was among the first states to have a dedicated privacy enforcement team, is doing the same thing.

“Yeah, they blend and blur and overlap and intersect at times, and we need to be sensitive to that,” he said.

Bonta described a situation that closely parallels the states’ and FTC’s antitrust claims against Facebook, although he never mentioned the Menlo Park, California, social media giant by name.

“A monopoly, for example, can use its market power in ways that do real harm to consumer privacy. If a company purchases its competitors and shuts off innovation and shuts down competition and keeps market entrants out, that could be used to affect people’s privacy. We need to be sensitive to that; I think that is an accurate observation. We don’t necessarily see these two spaces — antitrust and privacy — as two separate, distinct, siloed spaces. There is definitely overlap,” Bonta said.

In 2019 and 2020, under Becerra, California and New York took the lead in opposing the proposed merger of T-Mobile with Sprint, unsuccessfully challenging the deal that the DOJ cleared with conditions. As in the T-Mobile-Sprint case, Bonta said California will continue to make enforcement decisions independently from Washington on mergers and other types of antitrust and privacy enforcement.

“I think we lead with our values, and with the needs of Californians. We don’t take a back seat to anyone,” Bonta said. Federal enforcers “will make their own decisions, and we’ll make ours. ... We make our own independent decisions.”