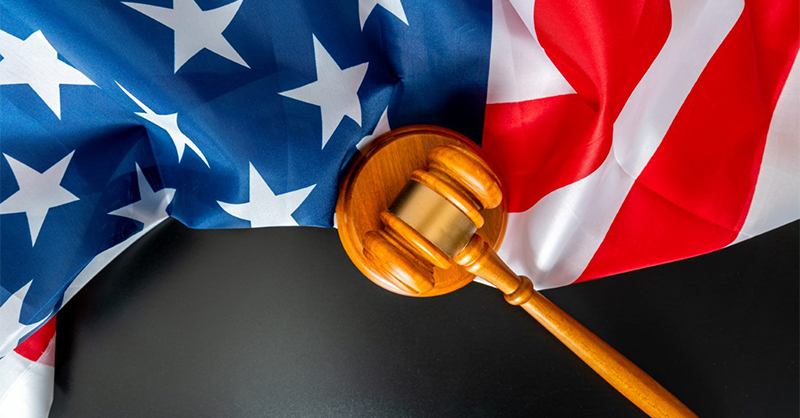 The order calls on the Federal Trade Commission to establish rules on surveillance and the accumulation of data, and for the Federal Communications Commission to restore net neutrality rules undone during the previous administration.

US President Joe Biden signed the order at a White House ceremony where he decried decades of corporate concentration and warned that “capitalism without competition isn’t capitalism, it’s exploitation.”

A White House fact sheet on the order criticizes “Big Tech platforms” for gathering too much personal information: "Many of the large platforms’ business models have depended on the accumulation of extraordinary amounts of sensitive personal information and related data”.

The order falls short of directing the two agencies toward specific action on privacy and net neutrality, stating that the agencies are “encouraged” to act. Both agencies are independent from the executive branch and are run by their politically appointed commissioners, making presidential orders an influential recommendation rather than a command.

That deliberate disconnect between the White House and independent agencies means the latter’s ability to execute presidential desires hinges on their own internal dynamics: A majority of commissioners must agree to move forward on any given topic.

Biden’s first half-year as president has seen a scarcity of nominations for key tech policy positions, including a third Democratic commissioner at the FCC and a permanent chair.

The commission is still equally divided among the two parties, effectively keeping net neutrality off the agenda.

Further constraining the agency is the expiration of acting Chairwoman Jessica Rosenworcel’s term in June 2020. She has yet to be renominated, meaning she will be dismissed from the commission Jan. 3 unless Biden takes action beforehand.

Theoretically, Rosenworcel could start the agency down the path of reimplementing net neutrality rules by instructing staff to begin drafting a rule. Merely directing staff work is a decision that, by itself, wouldn’t need the approval of other commissioners. But it doesn’t appear that Rosenworcel has done so, said Harold Feld, a longtime telecom attorney and senior vice president with Public Knowledge, a progressive-leaning Washington think tank.

“There’s a political cost to doing it, and it’s also generally not the kind of thing you start if you’re acting chair,” he said. Republicans could also react by withholding consent on uncontroversial matters.

That means the clock is ticking for Biden to nominate a third commissioner and name a permanent chair, especially factoring in the possibility of a Republican-dominated Congress following the November 2022 elections. If his call for net neutrality’s restoration by the FCC is to become reality, Biden must do more than encourage the FCC to act. He must make it possible for it to act on his encouragement.

Today’s order encouraging the FTC to pursue rulemaking against “unfair data collection and surveillance practices” harmful to consumer autonomy and privacy tracks with months of work to revitalize rulemaking at the agency.

Just days ago, the commission — fully staffed with five commissioners and a Democratic majority — voted to streamline the agency’s notoriously complex rulemaking process.

“There’s a lot of talk about the FTC doing a Section 18 rulemaking on privacy anyway, but this EO will give them further support to go down that route,” said Justin Brookman, a privacy advocate at Consumer Reports. Section 18 of the FTC Act empowers the agency to initiate rulemaking to combat unfair or deceptive practices, but places a number of difficult administrative hoops it must first jump through.

One way the agency could approach privacy rulemaking is to embrace a strategy of carving off discrete privacy issues that can be framed as an issue of consumer deception, said Chris Hoofnagle, a University of California-Berkeley academic who’s researched FTC authorities over privacy.

“It would be very hard to oppose a rule nested in deception,” Hoofnagle said. For example, most tech industry privacy policies are deceptive to some degree at the level of consumer understanding, he asserted. The standard for privacy policies should be how “a reasonable consumer would interpret the statement, not a lawyer.”

As an independent agency, the FTC is somewhat shielded from presidential pressure, but it’s not immune from the capital’s political dynamics. A Republican Congress on the lookout for ways to stymie Biden administration priorities could easily find leverage in the opposition of the two Republican commissioners, making their predictions of backlash a self-fulfilling prophecy.