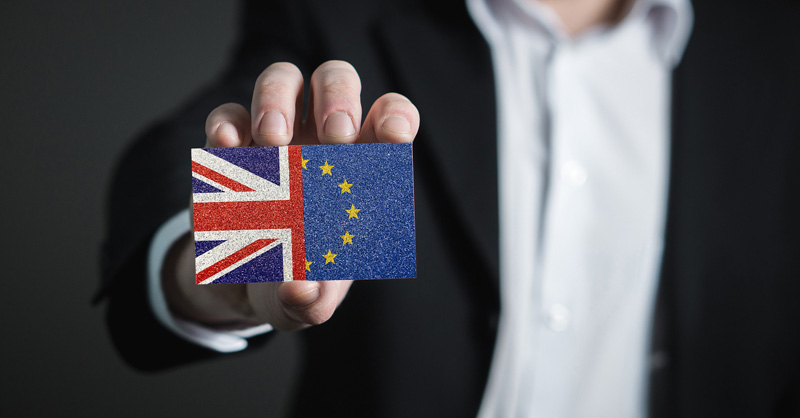 The nomination of Ireland’s Mairead McGuinness to be EU financial services commissioner is unlikely to derail the bloc’s major political goals on banking, capital markets or green finance.

Still, having an outspoken Brexit critic in charge, with close ties to EU lawmakers, could nonetheless have significant political implications.

McGuinness, who represents Leo Varadkar’s Fine Gael party in the European Parliament, has long toed the European Commission’s line over the need for more EU centralization, and in particular the need for the bloc to stand united in Brexit talks.

Announcing her candidacy, President Ursula von der Leyen also made clear that McGuinness would be expected to continue to steer the commission’s work on financial technology and climate change at DG Fisma, contributing to the commission’s overarching goals.

McGuinness, who would replace Latvia’s Valdis Dombrovskis if the European Parliament agrees, has a reputation as a fierce operator. A former TV presenter, she might perhaps bring a little more charisma to the role than Dombrovskis’ safe but sober style.

The lawmaker herself is well-versed in Brussels dogma over the need to complete the euro area’s banking union, in particular by consistent deposit insurance for lenders, and to break the toxic link between sovereign governments and the banks that buy their copious debt.

Yet until now, she has not focused much on economic issues, her career instead centered on agriculture, a major policy area in a bloc which spends tens of billions a year on farm support.

Dombrovskis will, alongside Italy’s Paolo Gentiloni, carry on representing the commission at the Eurogroup meetings of finance ministers. That suggests he will continue to be involved in reforms to the EU’s currency union, which occasionally interacts with policy areas like banking.

But, crucially, McGuinness will have control of DG Fisma — the administrative officials who propose the rules that will affect the bloc’s banks and capital markets.

McGuinness’s profile among lawmakers suggests she may be in for a relatively easy ride when it comes to her confirmation hearing; her gender won’t do any harm either. But her background also implies she might be closer to the mood of the European Parliament when playing the commission’s essential role of mediating legislative disputes between the two arms responsible for agreeing new EU law.

While national governments have generally been wary of stripping powers from national banking or stock-market regulators, lawmakers have been more gung-ho about centralizing powers to create, for example, an EU equivalent of the US Securities and Exchange Commission.

Lawmakers are also prone to flashy political reflexes such as limiting financial sector bonuses — as happened in 2013, to bankers’ chagrin.

In normal times, the appointment of a center-right Irish politician would be greeted with cheers in the City of London; relative to other EU members, Dublin is broadly aligned to the UK model of financial regulation.

But Brexit means Ireland is no longer the UK’s financial ally, but its rival: one of many seeking to tempt business from London into the EU. Irish concerns have been a major sticking point in negotiations, given the sensitivity of the land border with Northern Ireland.

It is hard to imagine an Irish politician sacrificing those concerns for the sake of her sectoral portfolio. And McGuinness in particular has been an ardent Brexit critic, criticizing the “complex and opaque” UK political debate, and the Westminster government’s inability to trade off contradictory aims.

Overall, Ireland had more influence over Brexit under the previous configuration, with Phil Hogan’s hand on the trade tiller. But the appointment seems likely to further politicize the process of granting UK financial firms EU market access. Equivalence decisions, in which UK laws are deemed to be as effective as the EU’s own, seem set to remain tied to wider negotiations in areas such as state aid or fisheries.

The reshuffle has created a breach in the longstanding convention that the commissioner and director general in charge of a given portfolio should not hold the same nationality: Ireland’s John Berrigan is the official in charge of DG Fisma.

Commission spokesperson Eric Mamer today said that this configuration wasn’t a problem — implying that Berrigan will remain in post. The convention applies only “when you have a commissioner … and you need to choose a new director general,” he told reporters. “Here we are in a different setup.”

But precedent is not on Berrigan's side. In all four cases in which commissioner appointments led to a clash, the director-general in question had been moved on, the EU ombudsman Emily O'Reilly noted in a 2018 report, after a review of 14 years' practice.