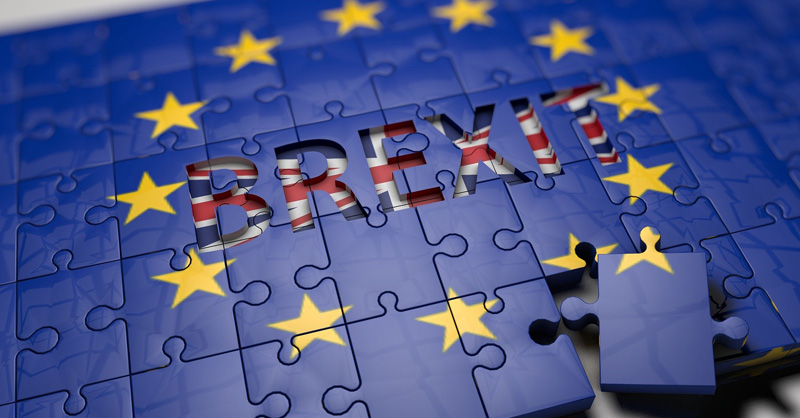 It should come as no surprise that the appointment of Tony Abbott, a former Australian prime minister, to a UK government trade-advisory body has sparked controversy. Abbott, a former student boxer and capital-C conservative, has made plenty of enemies in his 25-year parliamentary career.

For the UK, the appointment of a former Australian politician — albeit one with a colorful history of climate-change denial and opposition to gay rights — was a no-brainer, given that Australia will be one of the countries Britain is hoping to lock into a post-Brexit trade deal.

Back in Australia, however, Abbott’s unpaid role is raising concerns not because of Abbott’s legacy of politically incorrect utterances, or fear that he’ll use insider knowledge against Canberra’s interests at the trade negotiating table.

The challenge for Canberra is that Abbott’s new job — and the former prime minister’s approach to it — could suggest that the foreign-investment transparency regime Australia has painstakingly put in place over the past two years is targeted at China.

The reason for this concern lies with Australia’s 2018 Foreign Influence Transparency Scheme and Abbott’s past reluctance to accept that it applies to him.

Under the law, any Australian working as a lobbyist either directly for a foreign government or for a company with state participation above 15 percent must sign up to a transparency register. For former ministers, that obligation is spelled out clearly.

The legislation doesn’t mention China and the Australian government has been at pains to say the new rules affect all foreign actors equally. But with most mainland Chinese companies classified as state controlled, the Transparency Register today reads as a map of China’s interests in Australia.

When the rules were introduced, Australian lobbyists opposed the measure, arguing that a foreign-interference database would unfairly tarnish their reputations. Indeed, two prominent former politicians severed their ties with China rather than sign up.

Other lobbyists, however, bit the bullet and sent in their details. Today, the register features companies linked to Norwegian and Singaporean sovereign-wealth funds, and even state-backed Canadian pension funds, along with an array of professional lobbyists, including former politicians and bureaucrats.

But it’s the operations of Chinese companies in Australia that feature most prominently on the register.

Just one example from the register is that, in August, China Mengniu Dairy Company employed a lobbyist to navigate its way through the Foreign Investment Review Board vetting of its plans to acquire Japanese-owned assets — a deal that was shelved after the government rejected the proposal.

The former politician, who was dumped as prime minister by his party in 2015, has pushed back at attempts to have him sign up to the register, describing as “absurd” the requests that followed his decision to accepting a gig speaking to foreign conservative leaders.

Speaking to local media, Abbott said that “any suggestion that I was a foreign influencer is absurd. I decline to register and suggest that you rethink the making of such misplaced and impertinent requests in the future.”

Abbott’s recalcitrance, and the willingness of the Australian government to accept it, left the impression that the laws weren’t designed to catch US or European interests in its net. But in that case, what countries was the Foreign Influence Transparency Scheme designed to target?

The office of Australian Attorney General Christian Porter referred MLex’s questions on Abbott's appointment to the minister’s department, saying that any decision on who should or shouldn’t appear on the register should be made at arm’s length from political leaders.

The Attorney General’s Department said it wouldn’t comment on specific cases but provided a summary of the criteria that it applied to every case it considered. And it's hard to see how Abbott’s new appointment wouldn’t fall squarely within the definition of work carried out for a “foreign principal.”

The department reiterates that for former ministers (including prime ministers), “more stringent obligations apply.” The only wiggle room offered by the Australian officials would be if the London-born Abbott committed himself not to advocate for UK interests while home in Australia.

Even if legal, such an arrangement would likely be viewed as going against the spirit of the complex regulatory architecture recently put in place by Australia, which includes tougher investment thresholds and a specialized unit to oversee all acquisitions involving strategically sensitive infrastructure.

Any effort on the part of Abbott to sidestep the Transparency Register could also suggest that the register is purely a means by which to gather information on China’s lobbying activity — something Canberra can ill-afford at a time when its relationship with Beijing is frayed.

The backdrop of the debate is one of increasing geopolitical tension between the two countries, which is playing out through new restrictions on Australian wine exports, along with the recent expulsion of Australian journalists from China.

In this context, the Transparency Register’s credibility hinges on the perception that it applies as rigorously to the interests of friendly democracies — be they Norwegian sovereign-wealth funds or the UK government — as they do to Chinese ventures.

Not all Australian former politicians-turned-lobbyists have attempted to sidestep the Transparency Register.

A former foreign minister, Alexander Downer, has been assisting the government of Gibraltar with post-Brexit free-trade agreement negotiations with Australia and has signed up; the register also tell us that former defense minister Brendan Nelson has advocated for French technology company Thales.

Others have avoided the transparency requirement by resigning from roles with Chinese companies and government entities before the new rules kicked in.

In 2019, former Australian trade minister Andrew Robb ended his controversial consultancy with Landbridge, the Chinese company that leased the strategically sensitive port of Darwin — an arrangement widely believed to have sparked Australia’s overhaul of foreign-investment rules.

Also in 2019, former foreign minister Bob Carr walked away from his role as head of the Australia-China Relations Institute, although he denied the decision was linked to the Foreign Influence Transparency Scheme and said that the institute wouldn’t have fallen under the legislation anyway.

The law includes jail sentences of up to five years for anyone caught flouting the rules, although, to date, nobody has been prosecuted. Besides, Abbott may yet argue that his appointment to the UK advisory panel simply can’t be compared to lobbying Canberra on behalf of a Chinese company.

Yet the case has the potential of denting the credibility of regulation Australia has presented to the world as neutral and fair. The sight of a former political leader assisting a foreign country and sidestepping legislation specifically designed to monitor such situations may prove difficult to explain.