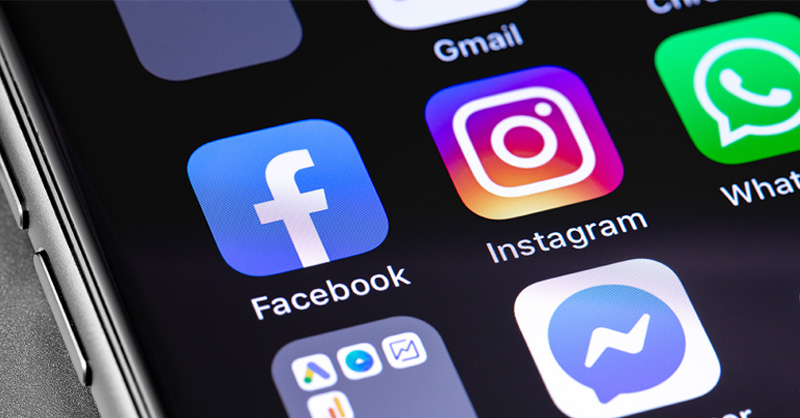 To unwind Facebook’s acquisitions of WhatsApp and Instagram, the US Federal Trade Commission and state attorneys general will have to convince a judge that the companies probably would have been a significant competitive threat had the mergers never happened.

It’s a notoriously difficult legal bar to clear, as it requires a judge to make complex predictions about events that never occurred, but the enforcers in these cases have done a lot of legwork by painting a strong narrative with dozens of statements made by Mark Zuckerberg and his lieutenants around the times of the acquisitions. The communications paint a picture of a company concerned about the potential for the two companies to grow into massive successes that could rival and replace Facebook.

Take the state attorneys general’s recent high-profile merger challenge against Sprint and T-Mobile. US District Judge Victor Marrero found that the economic expert testimony posed by both sides “cancelled each other out,” and he relied instead on his own character assessments of company executives.

“Very few district judges have expertise in economics, accountancy, or statistics,” US District Judge Loretta Preska, the chief district judge in the Southern District of New York, recently told a conference of economists. “Indeed, I will go so far as to say you can never underestimate a district court’s knowledge in those areas. What might be mother’s milk to you is far from it to us.”

And though the district judge could give more weight to economic testimony than others have, there will still be great importance placed on the narrative. Calculations will have to be made about whether Facebook’s executives intended to squelch nascent competitors, and about whether the executives' fears about competition from WhatsApp and Instagram were prescient. The documents presented by the government enforcers will weigh heavily in those calculations.

In dozens of Zuckerberg e-mails, he emerges as a bare-knuckled competitor with the vision to see around corners. Zuckerberg — the regulators allege — reveals himself as a ruthless CEO focused on building “a competitive moat” around Facebook and seeking to “neutralize a competitor” — not building a better product.

Facebook is likely to use Zuckerberg's obsession with competitors to make the opposite point: Competition in online social networking is robust, and Facebook faces multiple competitive threats that a CEO should pay attention to.

Just as the statements of Microsoft CEO Bill Gates were central to the allegations by the US Department of Justice back in 1998 that Microsoft had violated the antitrust laws, Zuckerberg’s unvarnished e-mails and instant messages will be central to the FTC and states’ arguments that Facebook’s acquisitions of Instagram and WhatsApp were illegal and should be unwound.

It remains to be seen whether Facebook can produce internal statements that show the company and its CEO were focused on competing by building better products. Facebook lawyers will rake over millions of internal documents and present a case that consumers were beneficiaries of the improvements that Facebook built into Instagram and WhatsApp — improvements the once-tiny startups could never have achieved themselves.

As far back as 2008, just four years after Zuckerberg founded Facebook in his Harvard dorm room and the year Facebook first surpassed MySpace as the preeminent social network, Zuckerberg said in an e-mail that “it is better to buy than compete,” the FTC suit said.

But in approaching the purchase of Instagram in 2012 and WhatsApp in 2014, Facebook's leadership, from Zuckerberg down, talked clearly about their intent to short-circuit the growth trajectory of both companies before they could become rivals. At the start of 2012, Zuckerberg told top executives that Instagram had “features that users want” and that those features provided “ways for those apps to replace us," the states' complaint says.

In communications with people like Instagram co-founder Kevin Systrom, a vague sense of menace creeps into Zuckerberg communications as he hints at the ramifications for the smaller start-up if it rejects his advances.

“At some point soon, you’ll need to figure out how you actually want to work with us,” Zuckerberg told Systrom in an exchange included in the states’ complaint. “Of course, at the same time we’re developing our own photos strategy, so how we engage now will determine how much we’re partners vs. competitors down the line — and I’d like to make sure we decide that thoughtfully as well.”

Systrom took that as a barely veiled threat. In communications with an investor that first surfaced publicly at a hearing this summer by the House Judiciary antitrust subcommittee, Systrom worried that if he didn’t sell Instagram to Facebook, Zuckerberg would go into “destroy mode,” subjecting Instagram to the “wrath of Mark.”

In other in-house exchanges, Zuckerberg appears to value acquisitions such as Instagram purely for removing a competitive threat.

“[O]ne way of looking at this is that what we’re really buying is time. Even if some new competitors spring ... up, buying Instagram, Path, Foursquare, etc now will give us a year or more to integrate their dynamics before anyone can get close to their scale again,” the Facebook CEO wrote in early 2012, referring to other social apps a few months before Facebook bought Instagram.

Zuckerberg’s lieutenants picked up on that focus, the regulators allege in both suits. “Zuck is anxious for the [Facebook] snap app (mainly motivated by a desire to slow down Instagram’s growth),” Facebook’s director of engineering told staff in a 2011 email.

A compelling photo-sharing service, Zoufonoun said, was “one of the most important ways we can make switching costs very high for users ... [it] will be very tough for a user to switch if they can’t take those photos and associated data/comments with them.”

By the summer of 2013, Zuckerberg and his top executives became increasingly worried about the competitive threat of WhatsApp, which at that time surpassed Facebook Messenger in volume of total global smartphone messages sent with 12.2 billion messages sent daily.

“My point about WhatsApp’s direction is that if they build substantive features beyond just making SMS free, that could be enough for them to tip markets like the US where SMS is still the primary platform," Zuckerberg warned Javier Olivan, his chief of growth. Zuckerberg warned Facebook's board that messaging apps such as WhatsApp are "a big risk for us."

Other executives such as Zoufonoun also were worried about the threat WhatsApp presented, saying “the scary part, of course, is that this kind of mobile messaging is a wedge into broader social activity/sharing on mobile we have historically led in web.” Soon after in early 2014, Facebook paid $19 billion to buy WhatsApp, which had just 55 employees.

After such purchases, Zuckerberg celebrated the elimination of a competitive threat to Facebook, the regulators' complaints say. When the Instagram deal went through in 2012, Zuckerberg told a Facebook colleague that his goal in buying the photo-sharing app was to eliminate a threat such as Google’s failed social network, Google+.

“I remember your internal post about how Instagram was our threat and not Google+,”  Zuckerberg wrote. “You were basically right. One thing about startups though is you can often acquire them.”