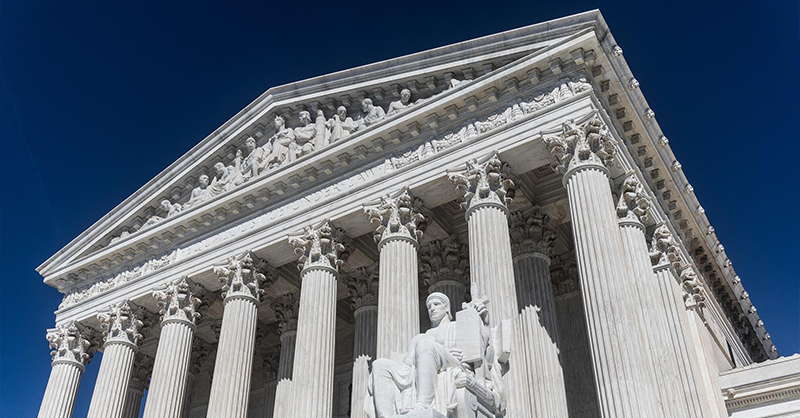 The US Supreme Court sent a clear signal today that it's ready to slap down federal agencies if they exceed a narrow reading of the authority granted to them by Congress, issuing a ruling that threatens the US Federal Trade Commission’s plan to craft new rules protecting privacy and competition.

An FTC spokesperson declined to comment on the ruling today.

According to the majority opinion, the EPA overreached its authority. The “major questions doctrine,” Chief Justice John G. Roberts wrote, requires that “a clear statement is necessary for a court to conclude that Congress intended to delegate authority ‘of this breadth to regulate a fundamental sector of the economy'.”

This doctrine highlights “a particular and recurring problem: agencies asserting highly consequential power beyond what Congress could reasonably be understood to have granted,” the court’s conservative majority concluded.

The emphasis on the major questions doctrine strikes a blow to the "Chevron doctrine," the 1984 Supreme Court decision in Chevron v. Natural Resources Defense Council that requires courts to defer to an implementing agency's interpretation of a statute if it’s ambiguous.

The waters are now muddied for any federal agencies relying on broad statutes underpinning their powers. Companies may see an opportunity to fight regulations by arguing that Congress wasn’t clear enough in its delegating authority, including the FTC’s.

FTC Chair Lina Khan has, after all, made the case for using the FTC’s authority to create new antitrust rules under Section 5 of the Federal Trade Commission Act – even co-authoring a paper on the subject with former FTC Commissioner Rohit Chopra before she took the reins at the agency. She has also signaled that new privacy rules are forthcoming.

The FTC may be on better footing than the EPA.  The FTC’s authority to regulate children’s privacy, for example, is clearly delineated under the Children’s Online Privacy and Protection Act, experts agree.

The FTC also regulates data privacy and security under its broad Section 5 authority regulating "unfair and deceptive practices.” Congress has already codified what types of behaviors the FTC may find to be unfair.

Experts told MLex that no federal authority may be safe, given the demonstrated willingness of the court’s conservative majority to overturn years of established legal precedent.

Any ambitious attempts to regulate any aspect of the tech industry may be a risk, and not just at the FTC.

The decision could create an opening to challenge anticipated efforts by Democrats at the Federal Communications Commission to reinstate net neutrality regulations rolled back during the Trump administration.

At the same time, crafting new legislation around emerging technologies, like artificial intelligence and social media, could become trickier.

It’s the court, not federal agencies, that are overreaching, Justice Elena Kagan wrote in her dissent. The majority is referencing a doctrine it’s never even used before, she said, and there are good reasons for “Congress to get to call the shots,” she said.

The conservative majority’s broader agenda is clear, Kagan said: “Prevent agencies from doing important work, even though that is what Congress directed.”

For years, the US Chamber of Commerce has warned against FTC overreach, arguing that its powers are limited to determining case-specific violations of the law, concerns echoed by the agency’s two Republican commissioners, Christine Wilson and Noah Phillips.

In October, Phillips anticipated a Supreme Court pushback against the agency’s Democratic majority if they flex rulemaking powers to address ‘unfair methods of competition,’ and sketched out a case for why it could be rebuked.

The FTC’s supposed rulemaking authority, Phillips claimed, was ambiguously phrased in Section 6(g) of the FTC Act. For the first 50 years of the FTC’s existence, he said, the agency interpreted these powers very narrowly, thinking that it applied only to rules the agency sets internally.

That was until a key 1972 DC Circuit ruling in National Petroleum Refiners Association v. FTC, which backed the view that the agency could issue substantive rules for companies.

But the vaguely sketched power of the agency to crack down on unfair methods of competition creates much scope for overreach and, ultimately, a potential Supreme Court rebuke, Phillips predicted. There was, he said, “a delegation problem” – with the agency overstepping the powers that Congress historically intended.

Gorsuch points to the 1980 Supreme Court ruling in Industrial Union Dept., AFL–CIO v. American Petroleum Institute. That case, Gorsuch wrote, held that it was unreasonable to assume that Congress could have given an agency unprecedented power in the absence of a clear legislative mandate.

“In the years that followed, the Court routinely enforced ‘the nondelegation doctrine’ through ‘the interpretation of statutory texts, and, more particularly, [by] giving narrow constructions to statutory delegations that might otherwise be thought to be unconstitutional,’” he wrote – signaling that the court should take a much more critical look at these statutory texts by applying a multi-stage analysis.

This analysis should include consideration of how an agency has interpreted the statute in the past, as well as “the age and focus of the statute the agency invokes in relation to the problem the agency seeks to address.”

It's clear then that if similar cases come before the Supreme Court, Gorsuch and the rest of the conservative majority won’t hesitate to blunt the impact of federal regulators where they see an opening.