US House to vote on Big Tech self-preferencing bill, state AG venue bill in next month or two, Buck says 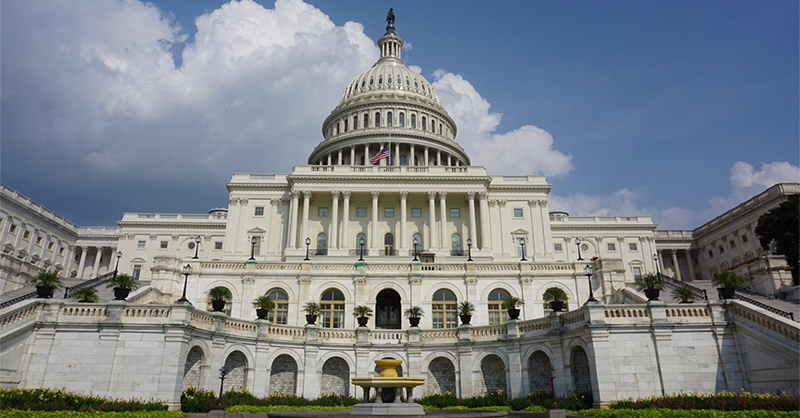 The US House will pass a pair of bills aimed at reining in Big Tech companies in the next month or two, the top Republican on the House antitrust subcommittee predicted in an interview with MLex today.

“I think we will have the votes on the floor,” Representative Ken Buck, a Republican from Colorado, told MLex. “I don’t think Speaker [Nancy] Pelosi would bring the bills if we didn’t have votes on the floor… We’ll have a substantial group of Republicans who will support the two bills,” he added.

The bills are the American Innovation and Choice Online Act, which would set out rules preventing Big Tech companies from preferencing their own products over third parties that operate on their platforms, and the State Antitrust Enforcement Venue Act, which would give state attorneys general deference in choosing which courts they file antitrust actions in. US antitrust reformers, who have been pushing the bills along with several other proposals aimed at updating competition law in the country, would notch a significant win with their passage.

Buck said there have been “major changes” to the self-preferencing bill since it was passed by the House Judiciary Committee last June, but declined to give specifics.

The votes would bring the bills one step closer to passage, as lawmakers push to clear them before the midterm elections this fall and the end of the current legislative session. Buck, who has been a key Republican ally for Democrats hoping to pass antitrust reform, said a conference committee would probably have to work out minor differences between the House and Senate versions of the bills after floor votes.

“I think most of the differences will be solved before we take a vote on the House floor,” Buck said. “There are always last-minute amendments, changes, corrections that will be made. So it probably ends up with a conference, but I think that the changes that are made after a House floor vote will be minimal.”

Buck’s remarks come on the back of the news that the US Department of Justice has endorsed the bill limiting self-preferencing, in letters to the leading lawmakers on the House and Senate Judiciary Committee. The letter, signed by Peter Hyun, the head of the DOJ’s Office of Legislative Affairs, said the legislation may support the growth of new businesses adjacent to the digital platforms that would be regulated by it.

The DOJ’s endorsement is “helpful,” Buck said, while adding that it would be more persuasive for Democrats than Republicans expressing reservations over the bill, given that the DOJ is currently lead by Democratic President Joe Biden’s appointees.

“This letter isn’t going to turn 20 Republicans into antitrust advocates, but I think it is just one more persuasive piece of helpful evidence out there,” Buck said.

The bills, which were part of a bigger package of antitrust legislation introduced after the House antitrust subcommittee’s 16-month investigation into digital markets, have so far steered lawmakers into odd alliances, pushing Democratic antitrust reformers like Senator Amy Klobuchar and Representative David Cicilline into agreement with Republicans they consistently rebuke like Senator Josh Hawley and Representative Matt Gaetz. And that’s all while California Democrats whose districts house the companies that would be affected by the legislation have joined other Republicans, like Senator Mike Lee, in opposing the bills, citing unknown effects and other issues.

Buck also predicted that the Open App Markets Act, which would force Google and Apple to allow third-party app stores and payment services on their devices and impose other app store rules, would also get a markup and “floor time” in the House before the end of the legislative session. The Senate Judiciary Committee passed the Senate version of the bill by a 20-2 vote.

Buck said he isn’t sure about the appetite for moving other proposals included in the House antitrust subcommittee’s Big Tech package, such as a bill that would ban Big Tech companies from engaging in acquisitions that would extend their dominance.

“I think you could expect something like portability moving, but not necessarily all the bills,” Buck said, referring to a bill that would allow users to switch their data from a Big Tech platform to a competitor by imposing data-portability and interoperability requirements.

“I just don’t know what the Democrats’ strategy is at this point,” he said.