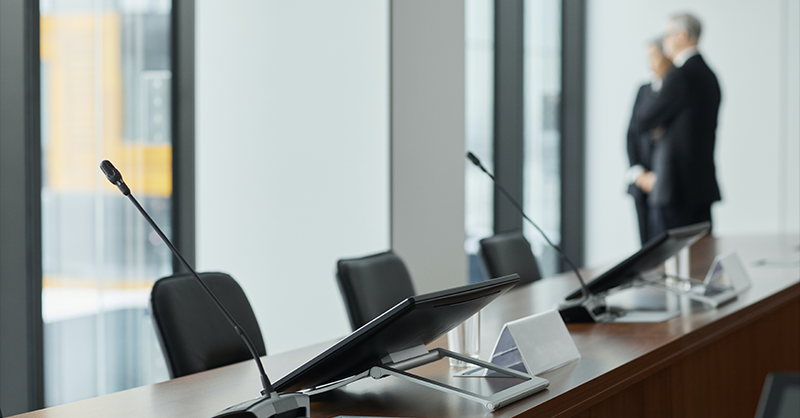 The US Department of Justice’s antitrust division is shaking up the world of corporate governance.

In an unprecedented spree, the enforcer recently ousted seven board members from five companies across a range of sectors.

More are likely to follow as the DOJ draws fresh attention to Section 8 of the Clayton Act, which prohibits interlocking directorates between competitors.

The division is undertaking an extensive review of boards, reviving a rule that has rarely been enforced outside the context of mergers in recent decades. This fits with DOJ antitrust chief Jonathan Kanter’s vow to dust off long-dormant statutes to bring the full firing power of the division to bear.

Section 8 of the Clayton Act is a bright-line rule that prohibits individuals from sitting on the boards of competing companies, subject to certain capital, profits and sales thresholds.

“The Section 8 prohibition has been law since 1914, but it hasn’t really been enforced in recent decades outside of the merger context,” Brianna Castro, senior director of US research at proxy advisory firm Glass Lewis, told MLex. “The DOJ has only enforced it outside of the context of merger reviews sporadically.”

If they weren’t before, companies will now be taking notice. That includes the biggest publicly traded investment management companies.

Last week, Bloomberg reported that Blackstone Inc., Apollo Global Management Inc. and KKR & Co. are among the investment management firms hit with civil investigative demands from the DOJ, as it delves into the network of individual connections that underpin the US economy.

Kanter has, after all, already warned that private equity groups are quietly rolling up whole sectors of the economy. And where better to start challenging private equity than the most readily available sign of the sector’s influence: the boardroom?

Both the DOJ and the Federal Trade Commission have the power to enforce Section 8, and while enforcement outside of mergers has been limited, it has never gone away.

An FTC probe into the boards of Apple and Google led to then-Google Chief Executive Eric Schmidt resigning from Apple’s board in 2009. And last June, two Endeavor Group Holdings executives resigned from the board of Live Nation under pressure from the DOJ.

In 2017, the then-director of the FTC’s Bureau of Competition, Deborah Feinstein, wrote a blog post warning companies to have a plan to comply with Section 8.

The ball has been carried further under FTC Chair Lina Khan’s leadership. In September 2021, the FTC voted to authorize compulsory process investigations in eight key enforcement areas, one of which was interlocking directorates. This has effectively streamlined the process of issuing subpoenas, teeing up a dual enforcement effort from both agencies.

Approached by MLex, an FTC spokesperson pointed to the 2021 compulsory-process vote but declined to comment further. The two agencies consult on and coordinate their enforcement through a clearance process to avoid overlaps.

But while there are examples of Clayton Section 8 enforcement in recent years, nothing has approached the mass casualty event of recent weeks, when the DOJ purged multiple board members across seemingly random sectors.

“The Division’s announcement makes clear that it’s an opening salvo in a broader, proactive effort to identify interlocking directorates and enforce Section 8 of the Clayton Act,” Jimmy Attridge, a partner at law firm Axinn who served as counsel at the DOJ's antitrust division until this August, told MLex.

Some business sectors may be particularly exposed. While the DOJ doesn't appear to be picky about where it finds its Section 8 cases, the dynamism of the tech sector, with its tendency to branch out into new business lines, may turn companies into competitors almost overnight. In 2016, for example, Alphabet’s chief legal officer, David Drummond, stepped down from Uber’s board as the two companies started to compete in the self-driving vehicle space.

The medical sector is another area that could draw heat. A recent 2022 analysis of 2,200 life sciences companies by Stanford University researchers found that over half of all companies in that sector with more than $5 million of revenue are interlocked – a conclusion that is unlikely to have escaped the attention of the DOJ.*

Given that four of the seven individuals ousted last month represented investment firms Thoma Bravo and Prosus, the private equity industry also appears in the firing line, in a reflection of Kanter’s broader concerns about its impact on competition in the US economy.

Last year saw a record number of IPOs, with over 1,000 listings. With so many companies going public at the same time, the corresponding boardroom shakeups could be creating compliance headaches.

“Other risk sectors could include nursing homes or pet grooming companies – areas that private equity has moved into, that previously you couldn’t imagine might form a nationwide brand,” John Coates, professor of law and economics at Harvard Law School, told MLex.

Whether the DOJ’s new focus on Section 8 will result in actual litigation remains to be seen.

The fact that three partners from Thoma Bravo resigned from the board of SolarWinds under DOJ pressure is significant. While Thoma’s partners resigned en masse from the SolarWinds board, only one of them sat on the board of the competing company, Dynatrace.

It is also reflection of enforcers' arguments that Section 8 as a rule applies to firms as well as individuals. In other words, if two different partners from the same investment firm sit separately on the boards of two competing companies, that would still be a violation.

It’s possible that an investment firm intent on retaining its board position might fight the DOJ in court, by arguing that a “person” under Section 8 means only an individual, not a company. Yet the case law, such as it is, doesn’t seem to favor this view.

The question was addressed in a 2003 New York federal court case, Reading Intern. Inc. v. Oaktree Capital Management LLC. There, the defendants argued that the act applied only to "direct" overlocks involving individuals. But the court disagreed, finding that a violation could be proven by showing that the board members acted as “deputies” of the private equity firm.

The DOJ could see relatively easy wins as it scours the boards of companies, with warning letters enough to prompt resignations from boards. From a reputational standpoint alone, going toe-to-toe with the DOJ in court over a board seat may not be worth the hassle.

“Unlike many areas of antitrust, there is not much of a debate about Section 8,” Singla said. “There’s nobody really arguing the other side, that it’s beneficial for competitors to have interlocking directorates.”

For activist investors looking to shake up corporate governance, on the other hand, Section 8 could be used as a tool to push individuals off boards. “You wouldn’t even necessarily need to bring a case,” Singla said. “A letter to a general counsel identifying a Section 8 violation could cause the company to respond voluntarily.”

For private equity firms, there could also be a simpler answer to the problem.

“If you’re a private equity firm, and you see a potential issue with overlapping portfolio companies, the simplest answer would be to merge them, rather than fight the DOJ in court,” Harvard’s John Coates told MLex.

What perhaps matters more than the interlocking board seats themselves is what they may indicate about the broader state of competition in the US economy. Questions of how overlapping ownership structures might encourage anticompetitive behavior have long been the subject of debate and studies.

The DOJ may be hoping that by setting some examples, it will spur companies to reflect on whether they've been complacent with regard to Section 8, and voluntarily retreat from problematic board seats. It may be betting that, by keeping competitors out of the same room, it's preventing anticompetitive behavior before it even occurs.

And by drawing fresh attention to the issue of interlocking directorates, the DOJ could also be paving the way for private litigation, with plaintiffs building lawsuits alleging horizontal collusion in part around alleged Section 8 violations.

It’s an open question whether the DOJ and FTC actually have the resources to police interlocking boards on a case-by-case basis. The scale of the phenomenon is difficult to measure. So, too, is the question of whether such interlocks actually lead to blatant antitrust violations.

As the DOJ pushes ahead with Section 8 enforcement, we may be getting a little closer to some answers.