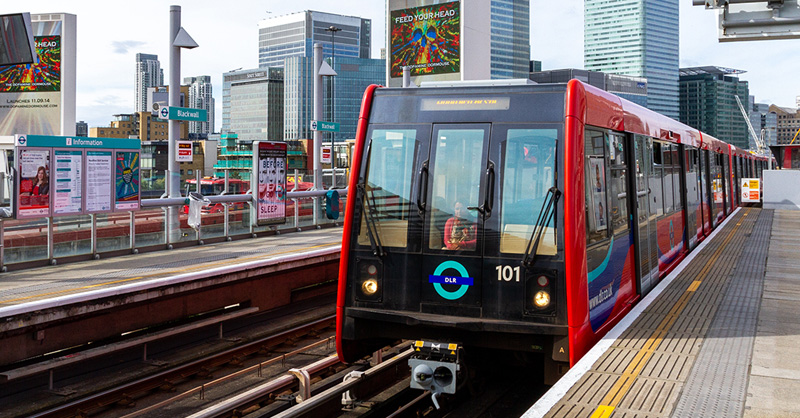 A planned mass damages claim against UK train operators over fares won’t be derailed even if a separate proposed collective action against Mastercard suffers a setback at the hands of the country’s top judges, the man heading the action has said.

In an interview with MLex, Justin Gutmann also said his suit, which seeks a payout of more than 90 million pounds ($110 million) for commuters using southern England’s rail network, is focused on eliminating rail companies’ “bad behavior” against UK consumers.

As a proposed class representative, he's seeking compensatory damages on behalf of three million rail passengers, who are automatically included in the claim.

Gutmann — like other would-be class representatives — aims to end a run of failures in the UK’s fledgling collective-action regime, which emerged from the overhaul of consumer laws in 2015 to encourage US-style mass lawsuits over anticompetitive practices that could result in big payouts to large classes of claimants.

For his suit to go forward, Gutmann's claim first needs to win a collective proceedings order, or CPO, from the Competition Appeal Tribunal, the country's specialized competition court. No claim has so far met the tribunal's tests to be certified as suitable to proceed to trial.

One of those rejected claims matters more than any other: Walter Merricks’ 14 billion-pound action against Mastercard over card fees is the canary in the coal mine for the collective-action regime. Gutmann's bid to win a CPO, along with those of other mass claimants, has been paused until the Supreme Court delivers a ruling, expected near the end of this year or early next year, on whether Merrick’s bid should be revived.

On Merricks-Mastercard, the Supreme Court is expected to set a precedent for the framework under which claims can be certified, which will have profound implications for UK mass claims. Those issues were dissected at a closely-watched hearing earlier this month.

The court’s ruling, in particular, will likely set the bar that must be cleared for the evidence that supports a claim at the certification stage; a finding that will spur on, or discourage, claimants.

Gutmann told MLex that he will press on with his claim regardless of what the court rules. “The outcome of that judgment will have an effect on our case, but it won’t stop us in our tracks," he said.

“It will be either that we have to carry out more research and tighten the criteria for the CPO, or it will be less stringent … [Nevertheless], we believe our claim would be certified on any of the differing approaches being considered by the Supreme Court."

"Whichever way it goes, we will be carrying on … It is not only about claiming money back for consumers. It is also about stopping this bad behavior for the future: to make the [train companies] stop doing what they are doing."

Certification of his claim is shelved for the moment while the CAT awaits the outcome of Merricks-Mastercard, a delay that Gutmann sees as frustrating but understandable. It's a “drawback [but] something we will have to live with.”

Ultimately, the clarity expected from the Supreme Court's verdict on Merricks-Mastercard will  streamline the mass-claim regime, he said. “Cases will be much more straightforward. The results of the Merricks-Mastercard judgment will outline how things should be." The regime will be “quicker, more efficient and clear cut.”

The Supreme Court will drill down into a series of interlinked issues presented by Merricks-Mastercard: the commonality of claims in the class, "passing on" of alleged overcharge to consumers, the calculation of loss and damage, and how damages might be distributed across individuals in the class. These are all crucial matters for Gutmann's claim too.

Gutmann alleges that the rail operators, which run services in and out of London, broke competition rules in abusing their market dominance by overcharging passengers. Specifically, they didn’t make so-called boundary fares "readily available" to passengers who hold a Travelcard — a zonal ticket intended for frequent users of transport within the UK capital.

A boundary fare is one where the portion of the journey already covered by a Travelcard is discounted so that passengers don't end up paying double. But passengers were not made aware of the fare's existence, the claim alleges, meaning Travelcard holders have been “effectively compelled” to pay twice for parts of rail journeys. The lawsuit covers purchases from October 2015.

“I had known about the issue of boundary fares for many years. I had been intrigued as to why it was kind of a well-kept secret,” ,” Gutmann said. “Why was it that someone who had a Travelcard had to pay the full fare from the London station to wherever they were going on [the railways]?” he asked. A consumer would have made a “substantial saving” but didn’t know about it, he added. “You couldn’t get a boundary-fare ticket. You had to be on the inside, really, or a bit of a nerd to find that out.”

As with other mass claims, supplying data to back up the allegations will be key. Gutmann said he's well prepared, thanks to a team of economists and statistical analysts who “understand the requirements” of courts; both in terms of “statistical accuracy” and appropriate “form” of argument. These experts have calculated key measures, such as number of Travelcard holders, number of journeys made, and the amount of “consumer disbenefit” suffered, based on a calculation of loss per journey, Gutmann stressed.

For his claim, providing data in such granular detail will be even more vital than for other collective suits. Gutmann's proposed lawsuit breaks new ground: as a "standalone" collective action, it's based on its own merits and doesn't "follow on" from an antitrust infringement decision from a regulator.

Gutmann acknowledged that this could amplify the legal and evidentiary complexities of his claim, as it can’t “stand on the shoulders” of regulators, he said: “We have to make the whole case from beginning to end.” But that goes with the territory, he said. “Of course, we are blazing a trail."

As part of the criteria to certify his suit, competition judges will also assess whether Gutmann is eligible to represent the class of millions of consumers.

Gutmann said he has spent a large part of his career in consumer welfare, public policy and market research. This includes posts at different consumer-rights organizations, and he has also worked in the transport sector for London Underground, the capital's subway system.

"I have been around the world of market and social research, consumer research and campaigning all my career," said Gutmann. The claim's legal team were “looking for someone who was passionate about consumer issues, had knowledge of the transport market and who was also aware of … the ways consumers thought."

The fares claim “struck a chord with me,” he said. And it was a necessary claim to bring, he stressed, because regulators have failed in their duty to protect consumers. “I think it is outrageous that we are having to do this in 2020,” despite the “very elaborate regulatory regime within the transport industry,” he said. “No-one is able to step in and say: ‘This must stop’.”

He dismissed the notion that the economic impact of the Covid-19 pandemic on the rail sector could dent his ability to claw back compensation from the train operators should he prove his case.

“This stretches back to 2015, which is a long time ago,” he said. “I am sure the train operating companies will cry poverty. They will use the coronavirus situation to back up that claim … Well, tough. Consumers have been disadvantaged,” he said. “We are confident we are going to win.”