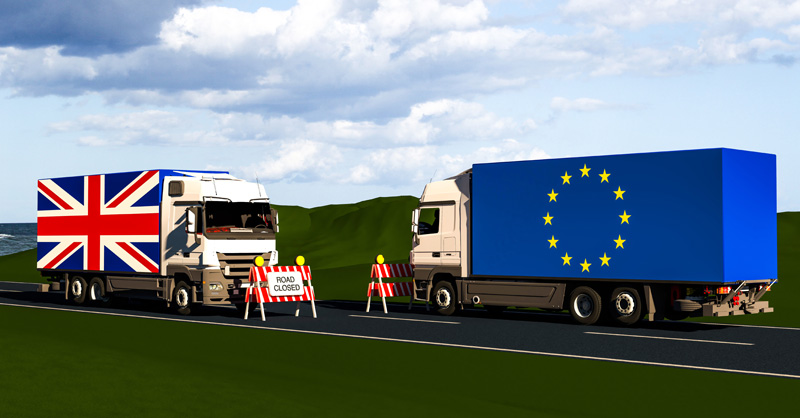 The UK government's draft laws to change parts of the divorce agreement with the EU would waive its obligations to keep Northern Ireland under EU state aid rules at the end of the Brexit transition period.

The United Kingdom Internal Market Bill, which needs approval from UK lawmakers before being passed into legislation, says that the UK can disapply or modify a section of the Northern Ireland Protocol of the Withdrawal Agreement, which sets out the terms under which the territory's customs controls and trade arrangements would be governed.

The Withdrawal Agreement came with the UK's exit from the EU in January, with the two sides now in talks to negotiate their future relationship under a trade deal to take effect from the end of this year.

Johnson said the bill would "ensure the integrity of the UK internal market. . . . We need a legal safety net to protect our country against extreme or irrational interpretations of the Protocol," he said.

Johnson's comments followed those of the government's business department, which said that the bill was designed to protect the UK's "highly integrated market by guaranteeing that companies can continue to trade unhindered" in every part of the UK after the transition period ends and EU law falls away.

Following the legal proposals, European Commission President Ursula von der Leyen said she was "very concerned" about the UK government's intentions to "breach" the Withdrawal Agreement. "This would break international law and undermine trust," she said.

Under Article 10 of the Irish protocol, the EU's state aid law would still apply to Northern Ireland concerning the trade in goods. This obligation was requested by EU negotiators as a precondition for maintaining an open border with the Republic of Ireland in line with the peace process started by the 1998 Good Friday Agreement.

The provisions allow Brussels to police subsidies that might affect the trade in goods between Northern Ireland and the Republic of Ireland.

EU negotiators have said they will only grant tariff-free access to the bloc's single market if the UK signs up to rules to ensure there is a "level playing field” of competition. State aid provision is a key element governing the functioning of the market on that basis.

Johnson has said that if no deal on the future partnership is reached in time for the European Council meeting on Oct. 15, he will be ready to walk away from trade negotiations.