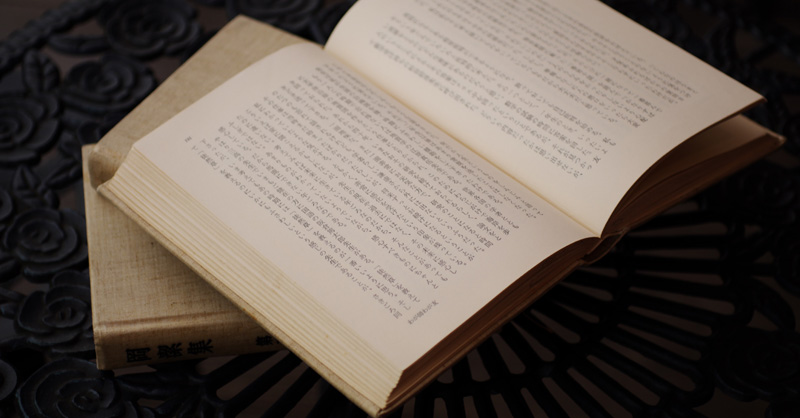 Not many bosses of government agencies find the time to write a book while doing their day job. Politicians pen memoirs in retirement, revealing the dirty dealings of government life. Other civil servants write academic articles, fleshing out policy minutiae. But last year Kazuyuki Sugimoto, the outgoing chairman of Japan’s Fair Trade Commission, bucked the trend, publishing “Competition Policy in the Digital Era.”

As his tenure ends this month, the book provides two clear conclusions on the Sugimoto era. Firstly, digital policy has come to dominate enforcement and will do for many years to come. And, secondly, the agency has moved away from being a quiet enforcer and is now taking a seat at the top table of global agencies, battling for the ideas and theories that will underpin the antitrust of the future.

Like competition chiefs in other jurisdictions, Sugimoto can chalk up fights with the big technology companies over suspected anticompetitive conduct. He has probes into Amazon, Apple, Airbnb and domestic platforms such as Rakuten all to his name.

“As a result of his leadership, the JFTC’s work on the digital markets has [been] upgraded to the forefront in the international arena, where the EU, US and other sophisticated agencies are active,” Yusuke Takamiya, an antitrust lawyer and partner at Mori Hamada & Matsumoto law firm, told MLex.

Takamiya added that pushing policy documents and various guidelines through the JFTC has contributed to the development of fair competition in digital markets in Japan.

But many of these cases were closed by the companies’ voluntary promises to rectify their problematic practices, without issuing corrective orders or fines. This lack of a major scalp has attracted some criticism. For his part, Sugimoto has always defended the JFTC’s approach, saying that speedy restoration of competition was more important than slapping a “cease-and-desist order” on a company.

This trade-off is one of many afflicting all enforcers around the globe: how to take on the new challenges within the existing national rules. Most have responded by reaching out to their colleagues around the world, and Sugimoto is no different. He has formed cordial relationships with other competition heads, such as the EU’s Margrethe Vestager and Australian Competition & Consumer Commission chief, Rod Sims, joining their calls for closer international dialogue and cooperation.

“We’re all going through trials and errors in tackling the digital challenges. We should deepen our international cooperation in pursuit of creating international standards,” Sugimoto said.

And yet, while the headline writers are attracted to the big international probes, Sugimoto, like other agency chiefs, is facing a more prosaic challenge: ensuring lower-profile local markets remain competitive, and pushing companies and ministries to stick to the spirit of fair competition.

Kentaro Hirayama, antitrust lawyer and associate law professor at Kyushu University, said: “In the end, the JFTC has issued no cease-and-desist orders in the digital market during [Sugimoto's] tenure, while, on the other hand, he’s made progress in advocacy, to make the Antimonopoly Act a household name in Japan.”

Sugimoto, as a former Vice Minister of Finance, made a mantra out of promoting fair competition to stimulate innovation, under the slogan of “no competition, no economic growth.”

“Competition policy has become an important economic policy tool. I’ve made efforts to convince our staff and other government agencies to switch their mindsets to share this view,” he told MLex in an exclusive interview on Sept. 8.

Coming into office when the great swathe of cartel probes had come to an end and the digital sector was still outside the JFTC’s radar, Sugimoto had to look elsewhere.

“He’s turned around the negative situation to expand the wing of competition policy to cover wider areas of popular interests, from entertainment, freelance to e-commerce,” said Toshiaki Tada, an antitrust lawyer at Hibiya Sogo Law Offices in Tokyo.

Tada also noted that Sugimoto had to fend off political pressure against his office when it clashed with the Prime Minister’s Office over a merger of regional banks. These are the kinds of cases that don’t make it beyond Japan’s borders but which can make or break an agency.

Sugimoto said the problem of the regional bank merger in Nagasaki was the combination, not the merger itself.

After the prime minister’s economic policy board decided to draft a special law to exempt regional banks and local buses from the JFTC’s merger reviews, he toned down his challenge against his critics to “bring it to the courts” and accepted it as the administration’s policy directive.

“It wasn’t our defeat. The policy priority was on maintaining the financial system,” he told MLex, adding that he understood the rationale for consolidating regional banks.

Despite the existential fight over regional banks, it’s the digital area where the big policy questions are coming thick and fast. Sugimoto took the helm of the agency almost eight years ago, at a time when digital enforcement was limited to a handful of EU and US probes into Google. But every enforcer has to see such developments through a local lens.

Sugimoto has made use of Japanese provisions against the abuse of a superior bargaining position to tackle clauses employed by digital platforms for the collection of consumer data. He has become a major advocate of this tool, saying that while it used to be perceived as “Japan’s unique concept...it’s becoming a global standard.”

This was epitomized by his final act in office: ordering Amazon to repay money to sellers after a two and a half year investigation into the company’s suspected abuse of its superior bargaining position.

And Sugimoto also had to challenge the traditional belief that Japan’s Antimonopoly Act applies only to businesses, not to consumers, as well as its supposed focus on the detrimental impact that anti-competitive conduct has on prices.“We had to dedicate considerable energy to spur the changes in thinking, by shifting the focus from price to quality (of services) in the free-service market, and to expand the scope of competition policies,” Sugimoto told MLex.

It hasn’t all been plain sailing. The JFTC was among a group of antitrust enforcers to look into Qualcomm’s handling of its standard essential patents, or SEPs. But last year it revoked its previous corrective order against the US chip maker after lengthy administrative appeal hearings.

The JFTC’s hands were tied, Sugimoto argued. The agency was bound by its original theory of harm — focusing on trade with restrictive conditions — and by the narrow scope it was allowed to argue in the hearings. He added that the outcome could have been different, “if the initial order focused on the abuse of superior bargaining position.”

Sugimoto is now 70 and so must retire under the Antimonopoly Act rules. But he has some advice for his successor Kazuyuki Furuya: namely, a grand vision for the data economy.

As Japan’s new prime minister aims to catch up with other nations in digitizing its administration and economy, Sugimoto proposes using competition policy to secure fair access to data and help stimulate economic activity, taking inspiration from the EU’s own data strategy that allows industrial and public-sector data to flow within the EU and across sectors in the single market.

“As free and fair data markets will become important infrastructure for economic growth, how to consider access to information from the standpoint of competition policy would be an important agenda,” he said.

As for Sugimoto’s legacy, people are more likely to remember him as an evangelist in the battle of ideas than a hard-nosed trustbuster clashing in court. But that is maybe what the country needed.