'Solid' body of case law for digital markets must be built in Brazil, CADE’s Fernandes says 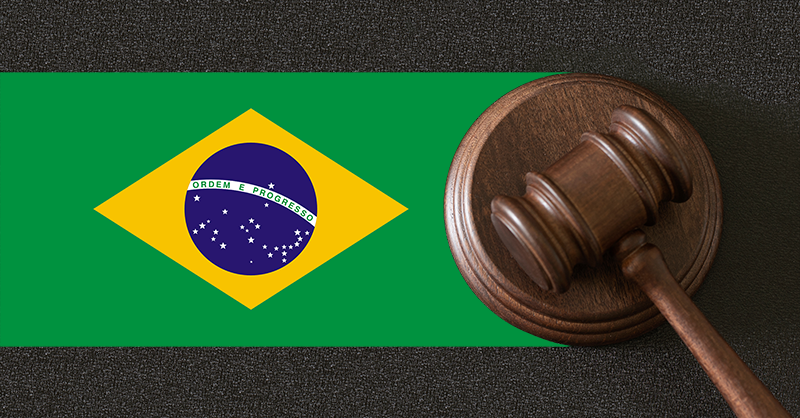 The Brazilian competition authority must build a “solid” body of case law on anticompetitive practices in digital markets and establish clear criteria for its standard of proof for each type of unilateral conduct, agency Councilor Victor Fernandes told MLex in an interview.

Fernandes spoke about the importance of the Administrative Council for Economic Defense, or CADE, establishing an “agenda of priorities” in digital markets that would mainly involve ruling on pending cases and flagging to the market how the agency treats each type of unilateral conduct depending on the harm to competition.

“What I think CADE needs to do in general is set an agenda of priorities for digital markets and that involves mainly ruling on cases. Based on concrete cases, we would build solid jurisprudence on these markets and understand how they work,” Fernandes said.

Fernandes, who joined the Tribunal in June, said CADE has been very careful in opening investigations in digital markets in recent years, and such caution is justified and welcome. “But today we have a stock of cases that are being discussed that soon will have to be decided, and we’ll start to signal to the market what a platform is allowed to do and what it isn’t,” Fernandes said.

The councilor said that the government must not adopt a stance on digital market matters that would lead to regulations that are “too extreme,” as he said happened in Europe with the Digital Markets Act. “If we don’t accelerate these analyzes, if we don’t somehow intervene — with caution and conducting a case-by-case analysis — this type of [regulation] could be adopted, which in my view is a bad solution. Ex-ante regulation is too extreme regulation, and we end up taking too big risks,” including the possibility of limiting “incentives and opportunities for innovation,” he said.

Fernandes said that German regulation of competition in digital platform markets is appropriate because the local competition authority can open preliminary investigations against companies that hold significant dominant positions that are not in a specific market, but in several markets — a phenomenon known there as “cross-market dominance.”

“It's more of an exploratory investigation mechanism, in which the authority is not [necessarily] accusing the company of doing anything,” he said. “It is an opportunity for companies to explain what they are doing, which is also an interesting mechanism of dialogue with the company.”

Fernandes said that after ruling on pending cases, CADE could pursue cases in digital markets that are less traditional in terms of the type of anticompetitive conduct involved. “We have many cases about vertical price-fixing, resale price-fixing, tie-in sales, exclusivity clauses, which are all cases that although the agency is discussing digital platform [markets], they have antitrust traditions,” he said. “For example, we're not having the discussion that the Bundeskartellamt is having in the Facebook case, which is a much more complex thing.”

In February 2019, Germany’s Bundeskartellamt found that Facebook had abused its market power by making the use of its social network conditional on the collection of user data from multiple sources. It ordered Facebook to stop combining user data collected from its messaging service WhatsApp and photo-sharing site Instagram — a decision that was suspended in court in 2019 and restored in 2020.

Fernandes said the Brazilian antitrust authority can improve its decisions on unilateral conduct cases by establishing clear criteria for the legal tests it uses for each type of conduct.

“CADE needs to be clearer about the criteria it uses for each conduct because just saying that everything [will face an] analysis of effects generates more confusion than clarity. I think we have to evolve from this debate of 'per se' and 'rule of reason' to a debate about what are the legal tests that we are going to use for each type of conduct,” Fernandes said. “Especially for [unilateral] conducts, we have to be very clear because they are in a gray area of legality. Everybody knows that they can't make a cartel, that they can't exchange information, but it is not so clear if they can’t engage in an exclusivity contract. We need to have clarity precisely to guide how CADE analyzes these conducts.”

The “per se” rule involves acts that are inherently illegal, such as a cartel, while the “rule of reason” balances procompetitive benefits of a practice against its harm to competition. Legal tests are sets of rules, standards of proof, and presumption of lawfulness used by antitrust authorities in their analyses.

Fernandes said that it would help CADE analysis if the agency determined that less evidence is necessary in cases where unilateral conduct is potentially more harmful. “If the chance of a conduct causing damage is higher, we need a lower standard [of proof], as we do for cartels. But for other conducts that have the potential to generate efficiency, then our burden [to prove the damage] is greater,” he said.

Fernandes also said that the burden of proving the effects of the alleged anticompetitive conduct should lie with a company rather than the regulator. That would accelerate the agency’s investigations and help in the analysis, he said, but only in specific cases where CADE has “clear jurisprudence.”

While Fernandes said CADE must be more active in digital markets, his approach to amending the law or expanding the objectives of the antitrust analysis is more conservative.

The councilor said that Brazil’s competition law has the necessary tools to prosecute digital platforms.

“CADE's law already provides all the necessary tools for us to be able to make a good intervention in digital markets, and I think CADE needs to be attentive to discussions of the theory of harm, discussions of vertical integration doctrines, doctrines of self-preference, and trying to understand how these doctrines make sense in the application of concrete cases, but without leaving the logic of the analysis by effects,” he said.

Fernandes said working for the Federal Supreme Court increased his respect for jurisprudence and makes him more cautious about changes to antitrust law.

“In the Supreme Court, precedents often end up being more important than legislative innovations,” he said.

He said the consumer welfare standard should remain at the center of antitrust analysis. “I am very reluctant to expand the objectives of competition law for purposes other than consumer welfare. I think that if you need a law that expands these objectives to deal with other issues, such as sustainability, labor issues, and other matters of this type, this will have to go through a greater discussion in Parliament first.”

Before joining CADE this year, Fernandes was chief of staff to Justice Gilmar Mendes of the Federal Supreme Court. He teaches economic law at the Brazilian Institute of Education, Development and Research, and worked as a CADE chief of staff for former councilor Paulo Burnier from 2017 to 2019.

In 2016 and 2017, he was a legal advisor to the presidency's Legal Affairs unit, where he worked on infrastructure policy matters.