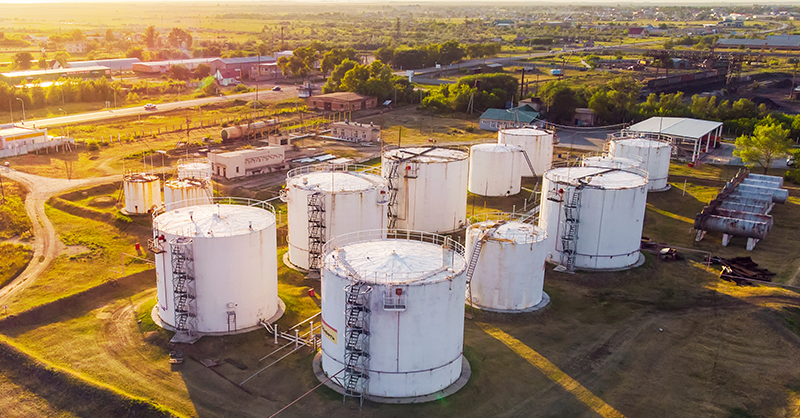 Shell and TotalEnergies's plan to store carbon dioxide in old gas fields has provided one of the first concrete examples of how competition law can accommodate competitors working together to help the environment.

Earlier this week, the Dutch competition authority, or ACM, said it had reassured the energy giants that it does not see antitrust issues with them joint-selling a limited quantity of carbon storage to help fund the project.

They are now shielded from sanctions if Dutch regulators ultimately consider the cooperation to be problematic.

The advice was critical so that the venture could advance, and the ACM was only willing to weigh in because the plan has a sustainability angle. Ordinarily, businesses need to self-assess in such scenarios.

A letter published by the regulators sheds light on their reasoning.

Shell, Total and two state-owned companies, Gasunie and Energie Beheer Nederland, are planning a large-scale carbon capture and storage project labelled Project Aramis. They will build a terminal, a high-capacity gas pipeline and a compressor that will transport CO2 to empty gas fields in the North Sea, costing several billion euros. That venture will likely need approval from EU or Dutch merger authorities.

But to reduce their own risk, Shell and Total want to jointly pre-sell a package of 5 metric tons per annum, or MTPA, or just under a quarter of expected capacity, that would be stored in empty gas fields they own.

That "joint marketing initiative" will also allow emitters to lock in subsidies offered by the Dutch government to compensate emitters for storing their emissions, since it would be cheaper to just buy emission allowances through the EU Emissions Trading System.

Over and above the 5MTPA, Shell and Total will compete, including with third parties owning empty gas fields in the region.

The ACM deemed the relevant market to be national, since regulation prevents the cross-border transport of CO2.

It said the relevant market share was challenging to estimate given the market was in the process of being created. But if Project Aramis was essentially the whole supply market (pending cross-border competition), about 20.4 percent would be covered by the joint-selling.

"Given the scope of the restrictions, e.g. the joint setting of prices, capacity and quality and the 15-year duration of the contracts, ACM cannot exclude that the [joint-marketing initiative] may appreciably restrict competition in the market for the provision of [carbon capture and storage] services," said the ACM.

But it said that the project appeared to generate benefits that outweighed the restrictions, notably: "Costs savings by avoiding infrastructure duplication, offering economies of scale and scope and reducing risk while creating an innovative market for CCS services in the Netherlands."

Plus, the cooperation was indispensable to the project happening, and emitters would be better off as a result.

The project, therefore, qualified for an exemption under the traditional approach of EU and national competition law, known in the jargon as 101(3).

But the ACM went a step further and declared that the cooperation could also be approved under Dutch competition law when assessed purely in terms of its environmental benefits.

While that exercise may appear superfluous, it gives important guidance.

And it says the benefit that creates for society at large could justify restrictions of competition.

That assessment, which applies draft guidelines written by the ACM in 2020, appears strikingly straightforward compared with the usual analysis under 101(3).

The comfort letter is only the second published under the guidelines and it illustrates the differences between the ACM and its EU counterpart. The European Commission says it does not think antitrust enforcers can ignore the harm to customers in favor of wider societal benefits.

In this instance, given the innovative and market-making nature of the project, the commission could probably have given it the thumbs up using its normal approach to exemptions anyway.

But as more real-life cases come to light, that position may well be tested.