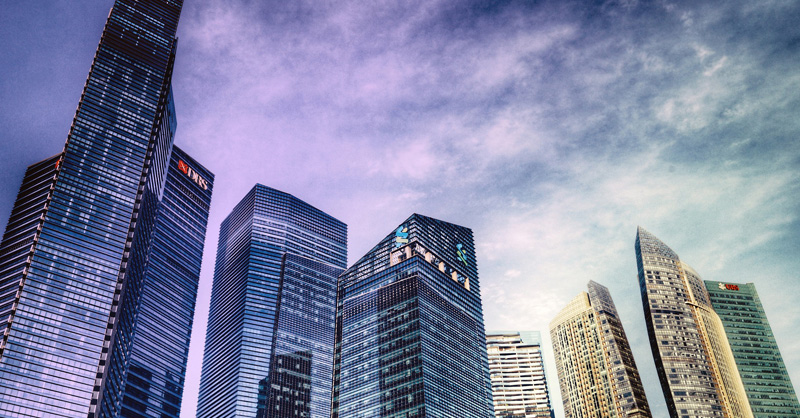 Singapore’s recently published e-commerce market study may have found no current competition issues to worry about in the sector, but a closer look at its recommendations and the antitrust regulator’s proposed changes to its guidelines reveal new approaches that might raise risks for players in the field.

For instance, the study by the Competition and Consumer Commission of Singapore, or CCCS, says that new theories of harm studied by foreign counterparts — such as self-preferencing and personalized pricing — may be more prevalent among so-called super apps, or those that integrate a range of distinct products or services in one platform.

While the study said a lack of data is currently not a critical barrier to entry for e-commerce platforms, it also noted that there may be competition concerns when a dominant company refuses to supply or provide access to data. It also warned of potential antitrust issues with the increased use of artificial intelligence and algorithms.

These super apps such as Grab, Lazada, Shopee, Carousell, Foodpanda and Amazon are growing in Singapore and the rest of the region, as the study notes, where consumers are increasingly accessing products and services through their mobile phones. The low use of credit cards has also encouraged these companies to integrate payment services into their platforms.

But, as the CCCS says, the apps haven't been closely studied from a competition policy lens until now, as digital platform studies by other antitrust regulators have often focused on the Facebooks and Googles of the digital world.

With the Covid-19 pandemic both accelerating the adoption of e-commerce alternatives and making a number of start-ups vulnerable to takeovers, the market study and updated competition guidelines come at an opportune time.

“This is one of the key drivers behind why the guidelines have to be amended, to make them future-ready,” Harikumar Pillay, a principal at Baker McKenzie Wong & Leow, told MLex.

In a note sent out by Rajah & Tann Singapore to clients, the law firm warned that the modified guidelines “can in fact trip e-commerce players.”

Some of the key changes highlighted by lawyers center around new theories of harm — particularly self-preferencing — and the regulator’s updated view on conglomerate mergers.

Aligning itself with overseas counterparts, the CCCS is including self-preferencing as a potential form of abusive conduct. In its proposed amendment to dominance-abuse guidelines, the commission said preferential treatment can be in the form of leveraging data collected from sellers to prioritize the production or sale of private label products — actions that have caused problems for digital giants such as Google and Amazon in the US and Europe.

“Even though CCCS is considering this theory of harm in the context of digital markets, such conduct may be equally applicable to players in non-digital markets,” the study said.

The study also noted the problems with exclusive dealing, but this won’t be news to e-commerce players in the region. In 2016, the CCCS looked into an online food-delivery provider that had exclusivity agreements with certain restaurants, and said these could be problematic in the future. Its 2018 decision on the merger between Grab and Uber also took issue with the exclusivity obligations imposed by Grab on taxi companies, car rental partners, and its drivers.

Aside from these, the study cited personalized pricing and tying and bundling among other theories of harm that may be more prevalent with e-commerce platforms than in other sectors.

While the study found no need to amend the country’s merger control framework, it did recommend an update to the regulator’s view on conglomerate mergers — or those that involve firms that operate in different product markets.

These mergers are “typically” considered to give rise to pro-competitive effects and benefit consumers, according to the study, and this was the CCCS view reflected in its current merger guidelines. But the study points out that these kinds of deals can create a barrier to competition in the acquiring company’s core market, and that the commission’s position should be updated to better align with that of European and UK authorities.

“Businesses should take note that the CCCS has updated its view that conglomerate mergers may give rise to competition concerns especially between parties in closely related markets,” said Lim Chong Kin, the head of Drew & Napier’s competition practice.

The commission also said it would be closely monitoring potential “killer acquisitions” and other deals where one of the parties involved is an important innovator, and that its proposed amendments now encourage companies to voluntarily notify their deals before completion, instead of after.

The changes also “suggest that the CCCS would prefer imposing structural remedies as opposed to behavioral ones, which means that companies that go ahead with any infringing transactions may be required to undo the transaction,” Lim said.

With externalities such as indirect network effects and new inputs such as data coming into play in the super app sector, where market definitions are increasingly challenging, the CCCS is also updating its analytical framework.

In defining the market for multi-sided platforms, the commission says the entire product ecosystem may be reviewed as a focal product. The question of whether to define single-sided markets or a multi-sided market should also be primarily guided by the competition concerns and theories of harm identified on a case-by-case basis, the study says.

Although the changes may seem to create risks that can trip some companies, lawyers also point out that proposed amendments give businesses more legal and commercial certainty

“This is not to say that the CCCS will not be able to carry out enforcement [in the e-commerce sector] without first amending the guidelines. They still can. It’s just that it will cause a lot more challenges for both the business and the regulator if the regulator's approach is not set out,” Pillay said.

This increased clarity on what the regulator would identify as potentially problematic and how it would deal with these potential antitrust issues should translate to lower business and compliance costs, he said, even though not all possible scenarios can be covered.

“At least in this way, they have some guidance and can tailor their business plans accordingly,” Pillay added.