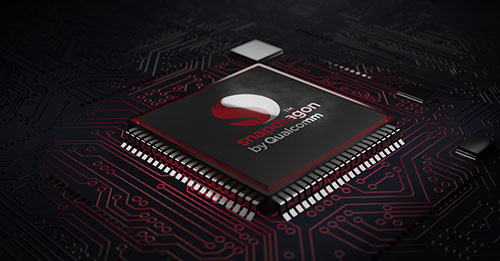 Firstly, judges unearthed a litany of procedural errors that will shine a light on the fairness and transparency of antitrust probes. Secondly, their siding with Qualcomm over how exclusive dealing needs to be proven may make investigators think twice before pursuing such cases in future.

Both of those outcomes will be music to the ears of large companies that have been on the receiving end of EU antitrust fines that in recent years have run into the billions of euros. They will welcome the close scrutiny of the regulator's work and the institutional doubts that such a court defeat triggers.

For the commission, the judgment — stripped bare of key names and any telling details — contains some ugly revelations about undocumented meetings, insufficient note-taking, and the handling of an informant.

The General Court today threw out the commission's 997 million-euro fine against Qualcomm ($1.04 billion today), on charges of using a rebate policy to lock in Apple as a customer and squeeze out rivals such as Intel.

Qualcomm thus joined an exclusive band of companies to overturn dominance-abuse fines, winning its case on both fronts: convincing judges that the procedural errors harmed its rights of defense, and faulting the antitrust analysis of its rebates.

And those could have unpleasant consequences for the commission.

After 57 pages of analysis, the General Court judgment says there are enough procedural errors to quash the decision without looking any further. That in itself is damning.

A closed-doors session during last year's court hearing already indicated the two sides were grating at each other over the handling of the investigation. During discussions, Qualcomm accused the regulator of being in cahoots with Apple and consulting customers and rivals without documenting the exchanges.

Today's judgment lifts the lid on some of those proceedings but widespread redactions conceal the names, identities and places of meetings and conference calls.

Despite that, the court’s conclusion is withering: Some meetings weren't recorded at all, or were recorded insufficiently; some notes either didn't exist or were completed three years later; other information could only be gleaned from calendar entries.

The court points to one meeting note saying it was just "two to three lines," and gave "no indication" of the discussion between the unnamed company and EU officials. Sharing fuller details later on with Qualcomm wasn't enough to repair the disadvantage and allow the company to defend itself, judges said.

Other companies can be expected to pounce on these findings, arguing that every step investigators take — and every person they speak to — must be fully recorded and disclosed. For the commission, this will be a greater burden. For companies, this will simply be good administration for an authority that regularly imposes billions of euros in fines.

This administrative requirement already featured in a previous case related to Intel over its own chip-pricing. But today's judgment appears to build on and extend that precedent.

Qualcomm also won on a second procedural aspect that could cause the commission further problems.

In short, the preliminary case against Qualcomm targeted abuses on two kinds of chip markets — UMTS and LTE. But the final decision only found fault with the LTE market.

Qualcomm submitted economic analysis on the basis of the two markets, which was rebutted. But judges said the company should have had a second chance to submit its evidence when the watchdog narrowed its case at a later stage.

In siding with Qualcomm, the court pointed to a court win in 2019 by UPS. There, the postal operator overturned a commission decision because the company’s economists didn't get sight of a refined model late on in the procedure.

In the current case, Qualcomm argued that the refined case still rested on data concerning the two broader markets. And judges said the company should have been able to adapt its economic model to that shift. Again, this precedent could trouble the commission.

An investigation often morphs between the initial case and the final decision. If officials have to consult the company again as the case changes shape and advances from the official charge sheet, this could add new hurdles and lengthen probes.

Despite all those procedural errors, the court didn’t stop there. Its judgment makes clear that "in the proper administration of justice" it should look at the Qualcomm's business conduct as well. And there it found further problems — possibly chilling the EU’s appetite to go for these kinds of cases again.

In short, the court said that to conclude a payment is "capable" of squeezing out rivals also bidding for the same business, the commission needs to take into account "all of the relevant factual circumstances."

And judges highlighted that Apple had no real alternative to sourcing Qualcomm's chips because it was the only producer capable of meeting Apple’s exacting technical standards. Because the enforcer ignored that in its analysis, it was wrong to find that Qualcomm's payments had reduced Apple's incentives to shop around, the court said.

Judges also looked more closely at the "actual effects" of Qualcomm's behavior on iPads rolled out in 2014 and 2015. For this section, judges said there was a "lack of consistency in the evidence."

It said there were doubts over Intel's ability to comply with Apple's requirements, and so it was wrong for the commission to conclude that the payments "had actually reduced Apple’s incentives to switch to competing LTE chipset suppliers."

Cumulatively, both these findings on effects may make the commission more cautious when pursuing cases based on exclusivity rebates.

Add into that mix a court loss earlier this year regarding Intel's rebates, and the watchdog may be very circumspect before taking this kind of conduct on again.

A spokesperson for the commission said the regulator was analyzing the judgment. A Qualcomm spokesperson welcomed the ruling.