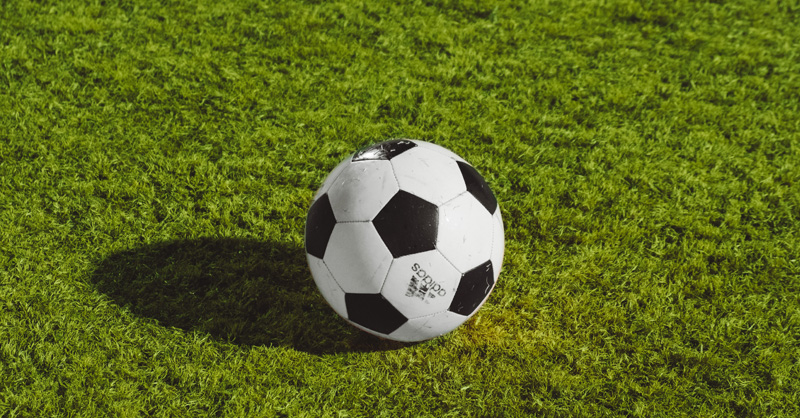 An antitrust claim against the richest league in world football from one of its own clubs was always going to be the legal equivalent of a must-see match, but among the many watching from the stands, sports administrators should perhaps be paying the closest attention.

For a start, the case — a UK lawsuit against the English Premier League over a collapsed takeover of Newcastle United — is set to dissect core competition-law principles that underpin legal risk for organizers of sports competitions. Further, it has the potential to both expose and stimulate wider questions over long-term sports governance, regulation and enforcement.

All that will emerge if the case reaches the courtroom, but there are hurdles for the litigants to overcome first.

It was no shock that the Premier League was served with the suit after months of rumor. What did come as a surprise was the identity of the plaintiff — Newcastle United owner Mike Ashley, the retail magnate behind Sports Direct.

Last October, a Newcastle United fans' consortium had flagged that it would be filing a lawsuit, not the club. But it was Ashley's company St James Holdings — named after the club's home stadium — that filed a claim on April 22 at the UK’s specialized antitrust court, the Competition Appeal Tribunal.

The claim came on top of ongoing arbitration proceedings against the Premier League that Ashley confirmed he had started late last year.

At issue is the 300 million-pound ($425 million) bid to take over Newcastle United by Saudi Arabia’s Public Investment Fund — the country's sovereign-wealth fund — and private-equity outfits PCP Capital Partners and Reuben Brothers, which collapsed in July last year. St James alleges that the Premier League broke UK and EU competition rules through its handling of the takeover, and must pay out for loss and damage.

Ashley's twin-track approach through arbitration, and now the antitrust claim, can be seen as a pincer increasing pressure on the Premier League. But all litigants know that the fate of one set of proceedings is sure to impact the other, adding to uncertainty as to whether the antitrust claim, in particular, will be derailed.

That is a risk noted by the CAT itself, albeit indirectly.

In an order on May 13, the tribunal gave the Premier League extra time — until June 11 — to gather and prepare material in support of a challenge to the CAT's jurisdiction to hear St James' claim against it.

Significantly, the CAT noted in the reasoning for its order that the arbitration proceedings were "said to cover materially identical issues to those raised in the claim, and which are being heard on an expedited basis in July 2021."

Having the antitrust case thrown out because of duplication with the arbitration proceedings would certainly suit the Premier League, and the CAT didn't seek to diminish the possibility. For Ashley, riding two horses at the same time is a strategy to increase the chance of hitting his goal of removing barriers to the takeover — but it doesn't come without risk.

Should the suit progress, litigants will thrash out details over the collapsed takeover bid. The claim has two strands: that the Premier League restricted competition, and that it abused its dominant position through the “exercise of its power” to block, or hinder, the deal.

The heart of the claim focuses on the Premier League’s application of its "owners and directors" test, which sets out restrictive rules for club ownership. For Ashley, that means the Premier League, in controlling and regulating rights to own and control member clubs, determines whether a prospective purchaser is "fit and proper."

According to the claim, he accuses the Premier League of acting unfairly or of favoring its own business interests when it blocked the deal after deciding that Saudi Arabia would be a director with control over the club. While not mentioned in the claim, one reported backdrop to the league's opposition to the takeover, cited by the Newcastle fans' consortium, was illegal match streaming.

Analyzing and sifting through the evidence of the Premier League's conduct in relation to its rules, will be integral to the CAT's assessment, but the claim could hinge on basic applicability of fundamental competition-law principles.

For the purposes of the suit, the Premier League — a private company wholly owned by its 20 member clubs — falls within the definition of an "undertaking" and, therefore, is bound by antitrust rules. Not defined in UK or EU competition law, an undertaking has been fleshed out in cases as any natural or legal person engaged in economic activity, regardless of legal status and financing. That can apply equally to companies or public entities that offer goods or services in a given market.

That broad base will give confidence to the claimant, but it is the nature and function of the Premier League's commercial activity, rather than its status as an entity, that will attract most scrutiny. For the claim, the Premier League is both an undertaking and an "association" of undertakings that carries out economic activities for itself and through the clubs.

Competition law has been here before. Near 20-year-old EU cases brought over player-agent laws and World Cup package sales saw football's world governing body, FIFA, interpreted as a federation of sports associations carrying out both sports and economic activities.

For Ashley, the Premier League is active on the market for the "organization and commercial exploitation" of top-flight English football, and also on the market for ownership and control of Premier League clubs, plus on the economic markets on which the clubs themselves compete. That word "exploitation," in particular, can be expected to come under heavy examination.

Analysis of the economic dynamics flows into allegations of dominance. That is an issue that will spark much debate about the role of sports administrators and the power they wield.

Newcastle United's owner argues that the Premier League has a "dominant position" in the markets mentioned, and that this gives it an "exclusive gatekeeper role" to include or exclude new club owners and management. The impact of that power affects "competition" between clubs.

In assessing this power, the claim says, the CAT can determine whether the league has acted with an "ulterior commercial motive." Ashley says the Premier League used its powers for the "improper purpose of promoting its own interests and/or certain Premier League clubs [in a way that was] detrimental to competition and consumers."

The suit throws a light on the control of clubs at an awkward time, emerging shortly after half a dozen Premier League clubs were part of a failed bid to form a breakaway European Super League. That led to calls for the government to set up an independent regulator to oversee the sport. In response, Premier League chief executive Richard Masters defended the league in regulating its clubs.

Football is in focus, but administrators and professional bodies governing all sports should see the case brought by Newcastle as a touchstone for their own legal and commercial risks.

Sports disputes are ripe for antitrust jeopardy as governing bodies and associations aim to ensure fairness by imposing on often hugely wealthy clubs rules of participation in leagues and competitions, as well as in some circumstances rules on their ownership and limits on their financial operations.

That creates fuzzy scenarios, and as sports increasingly commercialize, the boundaries of these constrictions and the high-stakes commercial and legal interests are getting more blurred by the year.

Regulators have until recently tended to shy away from getting involved in sporting disputes, given their often political backdrop and untested legal territory, and courts are the resort for parties to settle differences.

That is certainly no different here for the Newcastle suit. But should the claim succeed in pinpointing anticompetitive actions, conflicts of interests or discrimination in the Premier League's decision-making, the high-profile nature of the case would surely move sports up the agenda for competition enforcers.