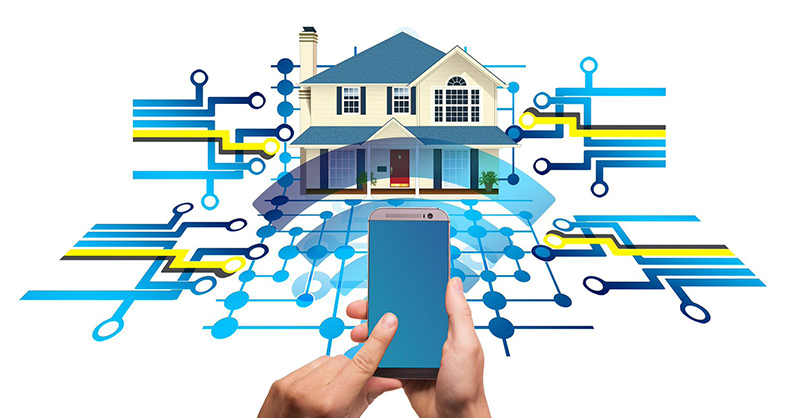 Smart TVs, next-generation handsets and connected devices are the technology of the future, but they're suffering from the antitrust ailments of the past, the European Commission concluded today.

After an initial look at the Internet of Things, the EU watchdog flagged well-trodden concerns over contractual tying, exclusivity terms, preferential placement and pre-installed services — but even with new legislation en route that could solve the problems, the regulator still faces tricky enforcement decisions.

The central problem for the commission is the crucial role played by voice assistants such as Siri, Alexa and Google Assistant. In a world of increasing connectivity, these services could become the main gateway through which customers interact with their televisions, central heating or pizza delivery services.

Many of the concerns are familiar.

The market leaders benefit from having their services pre-installed, whether on their own devices — like Amazon's Marketplace on the company's Alexa smart speaker — or through contractual arrangements on, for example, smart TVs and their remotes.

How much of an advantage that is depends on how prominently the services are displayed, the existence of defaults and whether other services are also pre-installed.

If those issues sound familiar, it’s because they have cropped up in cases like the EU sanction against Google’s Android operating system for smartphones or the Spotify complaint against Apple.

Then there are other kinds of advantages that are harder to pinpoint but have to do with how easy it is, in practice, to use competing services.

A similar issue was highlighted by France’s competition authority in a study of fintech. It noted the way Apple allowed users of its payment service to double-click a button on the side to make a payment — a shortcut not available to rival services.

The sector enquiry also unearths familiar gripes over data and how it's used and shared, albeit in a novel setting.

When a user asks the Google Assistant to turn up the heating at their seaside flat, who can use that data? Companies worry that the big platforms can collect data from across the market and can use it to develop or fine-tune their own competing service.

To boot, leading platforms often assert “very broad rights” over data generated by connected devices to the extent that it can be “used and monetised by any department of the company,” notes the commission. By contrast, the device-makers may only receive anonymized data from voice assistants.

These issues are reminiscent of ongoing inquiries into how Amazon and Facebook use data collected from business partners that they compete with.

And, of course, just like in other antitrust inquiries into the tech sector, investigators for today’s report bump up against the virtuous circle that makes it so difficult for rivals to catch up with the tech giants.

Previous sector inquiries have triggered several follow-on investigations. What's different this time is the commission is pushing a new piece of legislation — the Digital Markets Act — that could resolve many of the concerns.

That law will ban companies such as Apple and Amazon from a list of prohibited conducts. And Vestager said that this covered issues including interoperability, data accumulation, default settings, barriers to switching and the pre-installation of apps and services.

While the prohibitions apply to a limited set of digital services — known as “core platform services,” which include app stores and social networks — voice assistants aren’t in the scope.

This doesn’t necessarily mean the DMA won’t apply. Firstly, some countries and EU lawmakers are pushing to have voice assistants covered by the scope.

Secondly, the list of core platform services is broad and vague. It includes “online intermediation services” and this could easily catch a voice assistant. Moreover, they may be a means for accessing another service which is covered by the law.

Vestager was clear today that the commission hasn’t yet found specific instances that require a separate antitrust probe. She flagged that investigations often ensue from such inquiries, but she first needed to see the feedback from the report to assess where to turn her attention.

“We are on our toes because this is a really fast-moving market,” she told reporters.

But such preliminary reports are always tight-lipped. It's not the place to announce a probe, nor to give improper hints on where the next investigation may fall.

Some ongoing probes into the likes of Amazon and Facebook may set down new precedents that guide what can and can’t be done. But that pales alongside the changes that could be wrought by the Digital Markets Act.

That could happen as soon as the first half of 2022, just as antitrust regulators publish the final version of today’s study. By then, the sector could be on the cusp of profound changes.