New Brazil law will help courts with civil antitrust suits, but some benefits will take longer to materialize 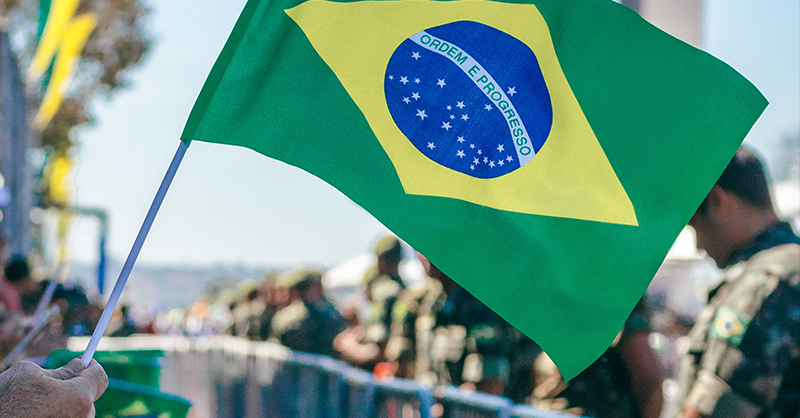 A law that will increase damages allowed in civil cases while aiming to deter cartels and encourage cooperation with the Brazilian competition authority — effective since Nov. 17 — will encourage private enforcement in Brazil, as the new rules unify courts' understanding of controversial issues in existing lawsuits. Issues the law addresses include the statute of limitations to file civil actions and who has the burden of proving the existence and extent of the passing-on of overcharges.

However, a provision in the law allowing for double damages against defendants who don’t plead guilty to the government will likely not be immediately applied to ongoing civil lawsuits but only to future suits involving anticompetitive conduct that occurred after the law took effect Nov. 17, which may take many years to show results.

The legislative proposal was created in 2016 by Senator Aécio Neves of the Brazilian Social Democracy Party and aimed not only to resolve certain ambiguities in civil lawsuits but also to encourage companies that engaged in anticompetitive conduct to report wrongdoing and cooperate with the Administrative Council for Economic Defense, or CADE.

Law 14.470/2022 amends the national competition law and gives cartel victims more time to seek damages. Before the law, courts mostly found that cartel victims had three years to file a civil action but disagreed about when those three years started. Now, victims have five years to file a civil action, starting from the day a CADE decision on the matter is published in Brazil's Official Journal.

The lack of clarity over the deadline for cartel victims to file a civil action has favored cartelists who questioned the legitimacy of the lawsuits filed against them – an argument that may no longer succeed.

On Oct. 25, the Superior Court of Justice (STJ) found that a civil lawsuit against a citrus cartel is time-barred. Because the case resulted in settlement agreements and, therefore, lacked an antitrust decision, STJ said that the statute of limitations applicable to the case is three years – as cited in the Civil Code – from the date the plaintiff became aware of the cartel that caused the alleged damages.

The STJ decision was issued before the law took effect and it's unknown whether the court will want to review its understanding in future cases to follow applicable legislation.

Another controversy that the law helps address concerns the passing-on defense.

Before the new law, defendants argued that buyers of the overpriced products didn’t suffer any damages because they fully passed on the cartel-induced price surcharge to their customers, which brought many challenges for cartel victims to prove to what extent cost increases were passed on to customers.

But under the new law, judges can no longer presume that victims fully passed on cost increases, and the burden of proving that they passed them on lies with the cartelists, just like in the European Union.

That’s particularly important because cartelists have access to confidential information about CADE investigations, which involves documents and data that they handed over to the authority in their settlement agreements. Cartel victims, on the other hand, are usually denied access to such information and have struggled to build their cases in court without the information they need.

Cartel victims have asked CADE a few times for access to information from the "history of the conduct" — an official government record containing the illicit acts reported by a whistleblower that often includes sensitive commercial information. To protect its leniency program, the antitrust authority has denied all requests of this type so far, according to public filings.

Some companies, including chemical giant Braskem, are seeking court help to obtain access to those documents in probes into switchgear and cables cartels.

But there is light at the end of the tunnel. In a November ruling that fined three companies for participating in a silicate cartel, CADE Councilor Sergio Costa Ravagnani disclosed a list with more than 300 companies that bought overpriced products.

Ravagnani’s decision also disclosed strong evidence of how the cartel operated, the volume of products involved, and meeting minutes discussing each of the clients, as well as evidence obtained in dawn raids at companies' headquarters.

This was the first time that a Tribunal councilor included in their vote information ample to help in civil lawsuits. It remains to be seen whether this will be a new trend in the Tribunal’s votes or if this is just an individual concern of Ravagnani's.

The double-damages provision in the law aims to give an incentive for defendants to plead guilty because if they don’t cooperate with the government, they're subject to increased damages. But that part of the law may show results only in the long term.

Such a provision will likely not be applied to ongoing lawsuits, but to cases involving damages caused after the law took effect on Nov. 17. That is, after the anticompetitive conduct has occurred and has been uncovered, investigated, and convicted by the antitrust authority.

The new law establishes that a final decision by CADE finding members of a cartel guilty is sufficient grounds for courts to recognize that a cartel really existed and to order the cartelists to repay the victims.

Unlike the provisions about the statute of limitations and passing-on defense that involve procedural rules and can be applied immediately in ongoing cases, the double-damages provision is considered part of a “law of material nature.”

While procedural rules are the norms that will regulate how a court case will be conducted by the judge, a “law of material nature” is the set of norms that assigns rights to individuals, deals with the relationships between the parties, and can only be applied in future cases.

Additionally, Brazil President Jair Bolsonaro vetoed a provision of the bill that would oblige cartelists that settle their cases with CADE to negotiate repayment of damages through arbitration when the injured party initiates the process.

That part of the bill wasn’t supported by the antitrust agency, which feared that those who cooperated with the government would be put in a disadvantageous position in relation to those who didn’t, it is understood.

That particular provision went back to Congress for voting again.

As things stand, cartel victims can rely on arbitration only if their contracts with cartelists have an arbitration clause to resolve eventual conflicts.