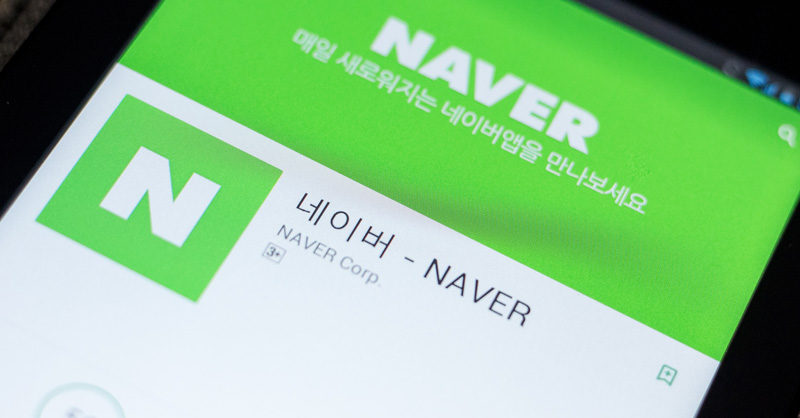 A recent competition hearing involving South Korea’s Internet giant Naver has raised an issue that would be familiar to those with an interest in other regulatory fronts: reverse discrimination.

The complaint of reverse discrimination lodged by home-grown tech companies Naver and Kakao against global Big Tech including Google and Facebook suggests that the foreign players get away with strict local regulation, while local ones must comply with them.

The argument of foreign companies sidestepping local regulation is nothing new. But on the competition front, the issue of reverse discrimination is centering on the arguably unusual issue of the number of hearings allocated to major foreign companies, compared to local ones.

Recent competition hearings held to review Naver’s abuse of dominance conduct and “self-preferencing” strategies gave rise to grievances over the South Korean regulator’s hearing procedures. The complaint was that Naver was given just one hearing for each case involving its real-estate search, online shopping and video-content services.

Naver’s argument was that with a case as complex as this, which involves algorithm designs and changes and what antitrust effects they might have resulted in, the company should have been granted enough hearings and more thorough reviews.

For the company, it’s an argument of fairness. But for the Korea Fair Trade Commission, or KFTC, the issue is logistical. Overburdened with cases, the KFTC faces constraints in its ability to grant more than one hearing a year for many cases.

But whatever the merits of its claim, Naver has sparked a discussion that appears to be resonating: the need to reform the KFTC’s hearing system to ensure that it functions better.

The regulator’s new focus on online platforms raises the need for a more thorough review. And if the matter is left unaddressed, it could potentially meet similar grievances from other local platforms further down the track.

KFTC hearings are known for their intense schedule, which resembles an all-day marathon event. And the hearings held to review Naver’s abuse-of-dominance conduct was a particularly grueling one, with two of its three hearings ending just as the clock hit midnight.

For Naver, this was the only chance to make oral arguments and refute the evidence presented against them before the committee decides its fate.

After three intense hearings, the committee handed the company a total fine of 27.7 billion won ($24.9 million) based on its conclusion that Naver had abused its dominance in real-estate online search, online shopping and video markets.

The fine was hailed as a landmark decision for the KFTC. The country’s biggest Internet company and its “self-preferencing” conduct involving what the regulator viewed as search algorithm manipulation had been held to account with a substantial penalty.

It was the first time that the regulator had taken issue with algorithm changes by Naver and concluded that the change was intentional to favor its own services against its competitors.

However, one of Naver’s top grievances wasn’t about the fine itself, but the process by which it had been imposed. The company argued that the case should have been given enough hearings for its attorneys to make oral arguments — or, even, just more than one hearing.

“The magnitude of the case as being the first case involving complex algorithm designs and its possible antitrust effects deserves more consideration,” Naver argued.

And as for how the KFTC handled the one hearing Naver was granted — again, there was much discontent on the company’s part.

After the hearing that reviewed algorithm manipulation for its online shopping service finished 30 minutes shy of midnight, lawyers were asked to cut their arguments short in another hearing on the video service. They then had to wrap up their rebuttal against the counterargument by investigators in just a few minutes.

It was, Naver has argued, no way to run a hearing of such significance. A fairer process would have held the rebuttal in another, separate hearing to give attorneys enough time to review investigators’ counterargument, lawyers argue.

While it’s extremely rare for local companies to be granted hearings more than once, US companies are given more leeway — second, third or even fourth hearings — thanks to persistent complaints and efforts by them and their governments.

For example, the case involving Apple’s alleged abuse of superior bargaining position against local telecom companies had three hearings. The case was even granted a fourth hearing, which didn’t take place only because Apple requested to enter a consent order agreement with the KFTC.

What appears to be a more considerate approach toward American companies is the result of years of complaints and lobbying efforts by the companies directed at the US government, in an effort to have their procedural complaints resolved via official diplomatic channel between the two governments.

Last year, the US Trade Representatives raised a complaint over the South Korean competition hearing process, saying the process undermined the right of American companies to review and rebut the evidence against them, in violation of the competition-related clauses in the US-Korea Free Trade Agreement.

Qualcomm and Oracle have made similar complaints, taking issue with the right to have access to evidence held against them by the regulator. Apple took issue with the regulator’s practice of not revealing all of the information it collects on companies and filed a lawsuit to a court.

Although it’s hard to envisage an easy resolution of the problem, antitrust experts say that one of the easiest ways to improve procedural fairness is to change the makeup of the committee members who oversee the hearings.

The KFTC standing committee consists of five members from the agency and four external experts. The presence of outside experts prevents the committee from holding meeting more frequently because many are based in the capital Seoul and the hearings are held in the KFTC’s offices in the administrative capital of Sejong — a long trip away.

The requirement that the committees include four external experts such as economists and lawyers was introduced in 1996 by the revision to the Monopoly Regulation and Fair Trade Act, in measures designed to strengthen the independence and expertise of the standing committee.

But experts point out that the requirement was introduced when there were fewer cases and when the KFTC was headquartered in Seoul. Today, the KFTC finds itself overloaded with cases, raising questions about whether reviewing the makeup of the commission could increase its efficiency.

The need to change the committee makeup was raised under a previous KFTC chairman, but it was dropped amid concerns that the agency could lose its independence if it exercised too much power.

However, with the regulator now embracing the need to boost its regulation of platforms and to tackle the complex issues that underpin that decision, the time may fast be approaching to review the standing committee’s makeup.