Kept out of the game: The pitfalls African Americans face as divestiture buyers 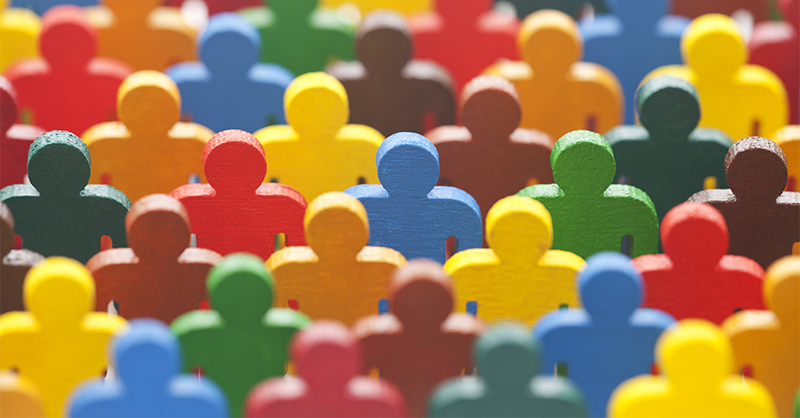 The Federal Trade Commission approves only the most experienced, well-financed divestiture buyers to ensure that competition lost from a merger will be replaced or even enhanced.

African Americans and racially diverse populations — who might be successful in other businesses, but not have a track record in the industry where the merger is occurring — might be harmed from this approach.

In a review of merger divestitures listed on the agency’s website for the three-year period ending July 1, 2021, FTCWatch couldn’t identify a single asset that was divested to a Black investor, business owner, or corporation with a majority African American board.

Robert Johnson, founder of Black Entertainment Television, was a potential divestiture buyer during United Airlines’ failed acquisition of US Airways in 2000. He said the government’s poor record in diversifying its buyers is a matter of resolve, not a lack of talent, calling their efforts “a manmade conundrum.”

“They don’t have the courage to work with the companies to put together a deal that brings together the talent and structure that will maintain fair competition and that creates a business of scale. So, they throw their hands up and say they can’t find a Black guy. Sell it to another white guy, there is no risk in that,” said the media magnate who launched BET in 1980.

The US antitrust agencies couldn’t confirm FTCWatch’s data analysis because neither the FTC nor the Department of Justice tracks the racial or gender make-up of buyers, their spokespeople said.

One former employee said the FTC disfavors small, new, or less-established buyers out of concern the businesses will fail. This happened in the past and embarrassed the agency.

In May 2013, the FTC approved Hertz’s $2.3 billion acquisition of Dollar Thrifty Automotive Group on the condition that the combined company sell its Advantage Rent a Car business to Franchise Services of North America, which folded that business into its Simply Wheelz subsidiary.

In 2014, Albertsons and Safeway announced a merger of their grocery stores. To receive FTC approval, they agreed to sell 146 stores to Haggen, a West Coast regional grocer.

These failures may have made the FTC more vigilant about approving well-financed divestiture buyers. But the consequence of this practice has been that African American-owned enterprises are less likely to be given a chance to buy a divested asset.

Johnson says companies and the government could find Black divestiture buyers if they wanted, but they’re afraid of making a mistake and ending up with egg on their faces. The result is harmful to African Americans and limits the economy’s ability to diversify some of its most consolidated industries.

“It’s the soft side of bigotry,” Johnson said. “We’re not going to say you’re bad, but you are not good enough.”

Johnson insists there are plenty of talented African American executives and business owners who can run companies. “Call me, and I’ll put you in touch,” he said. The key is to make sure the business is capitalized sufficiently, which might have to come from a third party.

Johnson had served on the US Airways board for eight years when United announced in May 2000 that it was acquiring the airline for $4.3 billion. But there was a problem. The two airlines had too many gates at airports like DC’s Reagan National and there would have to be a divestiture. Johnson was asked to create a company, DC Air, to buy the assets and run the new company.

The deal fell through after the airlines dithered during negotiations and the DOJ got tired of waiting and sued, alleging the “acquisition would give United a monopoly or duopoly on nonstop service on over 30 routes.” This included flights between Philadelphia and Denver, as well as flights from Washington, DC, and Baltimore to destinations along the East Coast.

Johnson is disappointed the deal got scuttled and says once the ownership and financing structure were in place, his inexperience running the day-to-day business of an airline wouldn’t have been important.

“I would have gone to the person who was the No. 2 or No. 3 at United or American and said ‘come be No. 1 for me and run my company,’” he said. “If the guys at the DOJ and FTC are saying they have good intentions, but just can’t find the next Bob Johnson or Michael Jordan, it’s a copout.”

The FTC issued a merger remedies report in 2017 that analyzed deals between 2006 and 2012. It was a joint project shared by the agency’s competition and economics bureaus.

Under the heading “Selecting the Buyer,” the report says in an order requiring a divestiture, “the respondent’s obligation is to divest to a buyer that the commission approves. The 1999 Divestiture Study revealed respondents sometimes proposed marginally acceptable buyers unlikely to offer robust competition. This study shows that respondents are now proposing stronger buyers that, in most cases, fully satisfy the commission’s criteria. Overall, respondents proposed buyers that were familiar with the market, dealt with many of the same customers and suppliers, had developed thoughtful business plans with realistic financial expectations and sufficient backing, and were well received by market participants.”

Sometime around 2018, the FTC began studying the impact its practices had on racially diverse minorities. The agency wanted to know how much flexibility it had to consider the divestiture buyer’s background.

“Compliance is very focused on making sure that the buyer can succeed. And that’s appropriate. But that criteria tilts the playing field,” a former FTC employee told FTCWatch. “The minority-owned companies tend to be newer and smaller. So, is the government making it harder for these businesses to get a leg up, and if so, is there anything [the FTC] can do about it?”

FTC staff pushed further, asking if the criteria used to vet asset buyers was ensuring those buyers were more likely to succeed, or were they making unsubstantiated assumptions that were keeping Black and racially diverse buyers out of the running?

Former employees said the staff had good intentions, but its work didn’t get far. Holly Vedova is the current director of the competition bureau.

“The primary goal of our divestiture orders is to restore the competition lost from the merger,” Vedova said in an email. “The FTC is committed to making the divestiture process open and available to everyone, including racially diverse populations, women, and businesses that are minority and women-owned or managed.”

Attorneys speaking on background said they had represented minority buyers who weren’t chosen because of inadequate credit histories or expertise operating in the sector where the merging companies competed.

To be fair, there aren’t a great number of African American-led companies available to purchase the assets.

Research by Stuart Spencer, a global executive search and leadership consulting firm based in Chicago, shows 21 percent of S&P 500 corporate board members in 2021 were African American, Hispanic, Asian, American Indian, Alaska Native, or multiracial. And 30 percent were women — the most ever.

Of the boards recruiting new directors this past year, 47 percent of incoming directors were African American, Hispanic, Asian, American Indian, Alaska Native, or multiracial. Forty-three percent of the new hires were women.

At an Oct. 15 conference,* FTC Chair Lina Khan said the agency is exploring whether its analytical tools need to be expanded to confront “blind spots” in merger review.