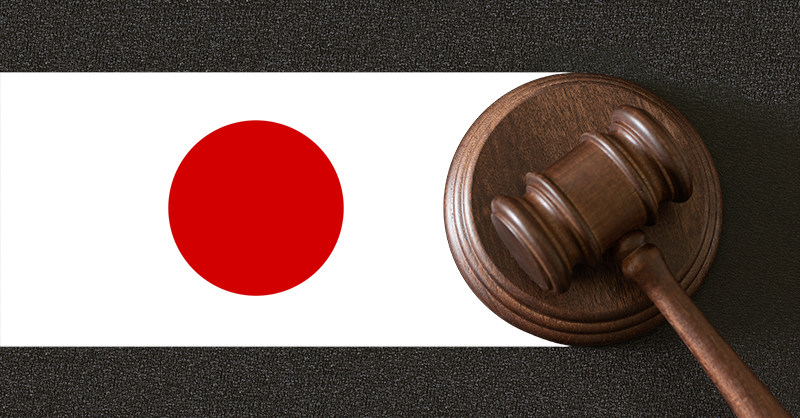 A Japanese court verdict last month finding that the country’s top restaurant-review platform’s interference with its search-engine algorithm to alter its ranking results was a violation of antitrust law was ground-breaking, both in its finding and in the handling of a case directly pertaining to a digital platform’s data business.

While expert views about the verdict's immediate impact vary — especially since the defendant’s request to seal the verdict has kept the court’s reasoning unknown — the Tokyo District Court’s prying open of the platform’s black box algorithm set a precedent for the court’s approach to future lawsuits involving algorithms.

The 2020 lawsuit was brought by Hanryumura, the operator of a Tokyo-based restaurant chain against Kakaku.com, a company that runs Japan’s most widely used user-generated restaurant-review site Tabelog.

The Tokyo District Court last month awarded Hanryumura 38.4 million yen ($256,000) in damages and deemed that the review platform abused its superior-bargaining position, in violation of Japan’s Antimonopoly Act, by changing its algorithm to cause many of Hanryumura’s restaurant outlets to receive lower rankings, which cost the eateries customers.

Kakaku.com appealed the decision on the day of the verdict as “unjust.” Likewise, while Hanryumura’s lawyer Katsumasa Minagawa said that the company’s CEO Fabin Im considered the verdict a victory, he also hoped that the Tokyo High Court would order an injunction against Tabelog’s algorithm, which the lower court threw out, and acknowledge the larger financial damage claimed by the plaintiff.

The highly anticipated verdict continues to raise many questions — the impact of courts demanding to review top-secret platform algorithms, the legality of algorithm manipulation under antitrust law, and the impact on future antitrust enforcement, just to name a few.

Putting the fear of courts in algorithm operators

With the justification and harm caused by Tabelog’s alleged change to its algorithm at the center of the case, it still came as a surprise to many that the Tokyo District Court required Kakaku.com to reveal its algorithm and the factors that go into determining how Tabelog compiles the numerous ratings, in the form of one to five stars, posted by diners to a single star-rating for each restaurant.

The restaurant claimed that the highly confidential ranking system was only known to six of its 1,220 employees and filed for a redaction of what it claimed was its trade secret.

Legal experts told MLex they were unaware of any other cases where the court requested a company to disclose its algorithm in an antitrust case. Companies are well to take note of the precedent that they can no longer stay completely hidden behind the cloak of trade secrecy, they said.

Im told MLex that by intentionally downgrading the star-rating of restaurant operators with multiple outlets, Tabelog hoped to incentivize them to upgrade their premium memberships in droves.

Kakaku.com, according to its court filings, claimed that any changes it may have made to its algorithms were aimed at ensuring the integrity of their comprehensive evaluation. Tabelog doesn’t explain in detail how it calculates the number of stars awarded to each restaurant through diner reviews, but maintains that it weighs each reviewer differently, for example, as a way to control for what the site may suspect are paid or unfairly biased reviews.

However, Kakaku.com’s court-ordered explanation of algorithm changes is mostly redacted and it has filed to fully seal the Tokyo District Court’s opinion, MLex understands. For this reason, it’s impossible to know why the court determined that Tabelog’s changes to its algorithm didn’t correspond to “the means to achieve the intent and objective the defendant claims,” and was thus ruled unfair in terms of common business practices.

Because modifying algorithms in one way may produce results entirely unexpected, forecasting the impact of altered algorithms on competition is extremely difficult. Downgrading the rank of advertisement-heavy products to raise ad prices, which may harm the affected business, may actually be beneficial to users who may desire ad-free ranking, for example.

“At this point, the truth might be that even the operators of algorithms don’t fully understand the impact of changes they make to them,” he said.

A special place for Tabelog

Hanrymura’s Im has been calling for fellow restauranteurs to join him in suing Kakaku.com, While he says he has received some positive feedback, legal experts have doubts about whether restaurant review sites and other platforms providing search-rank services could be facing a flood of lawsuits.

It’s true that the chairman of the Japan Fair Trade Commission, or JFTC, himself applauded companies arming themselves with antitrust law to fight their own battles in court. However, antitrust lawyer Kentaro Hirayama, among others, told MLex that the unique position Tabelog held in Japan’s restaurant industry was key.

“There aren’t many platform services that are as ubiquitous and widely used in one industry as Tabelog is among Japanese diners,” Hirayama said. Establishing abuse of superior-bargaining position isn’t an easy task, either by the courts or Japan’s competition regulator.

Tabelog has almost 900,000 restaurants and nearly 900 million monthly users. With 83 percent of consumers surveyed by the JFTC claiming they refer to the site to determine dining options, Tabelog was an exceptional player that made the abuse of superior bargaining position stick in ways that are unlikely to be easily recreated.

“In a way, it was good that the algorithm abuse precedent was set by this case,” said antitrust attorney Koya Uemura. “If the court ruled against the restaurant, it may have closed the door to future lawsuits” in the famously non-litigious country, he said.

Where was the JFTC?

Im told MLex that he initially went to the JFTC when he first suspected changes in Tabelog’s algorithm in May 2019. He said he consulted the commission several times, until a market survey on the very topic of online restaurant-review sites by the regulator prompted his lawyer to file a lawsuit.

So where does the JFTC stand on this case?

The Tokyo District Court’s ruling, if and when it becomes available to the public, will be an important judicial precedent that the regulator will acknowledge in future antitrust cases involving algorithms and ranking-manipulation antitrust cases, MLex understands.

But while the JFTC’s market survey was the launching pad for the lawsuit and the regulator was consulted by the court, the fact that the courts were ahead of Japan’s competition watchdog in addressing the legality of algorithm manipulation under the Antimonopoly Act is perhaps understandable but regrettable.

As the economist Kittaka pointed out, algorithms are still too unpredictable for regulators to unequivocally determine their impact on competition. Doing so prematurely threatens to stifle innovation. Simply requiring transparency could undermine their effectiveness.

On the other hand, had the JFTC intervened, both businesses and the public wouldn’t have to be at the mercy of the court awaiting whether Kakaku.com’s request for a seal order will be granted or not. Had the regulator opened the case, it would have likely considered its larger impact on the business community, providing it with the benefit of clarity and predictability.

Moreover, Uemura pointed out that a JFTC decision may have addressed the point of view of consumers — the ultimate beneficiary the Antimonopoly Act is designed to protect. Given the complexity of how algorithms calculate search rankings, the end-user’s interests can often fall outside of competition issues between platform operators and the businesses ranked on them.

“There’s the competition concern among businesses, and then there’s the benefit to consumers,” Uemura said, pointing to the difficulty of evaluating the competition and end-user impact of search-engine optimization, for example.