In China, Big Tech gets a taste of multipronged antitrust treatment 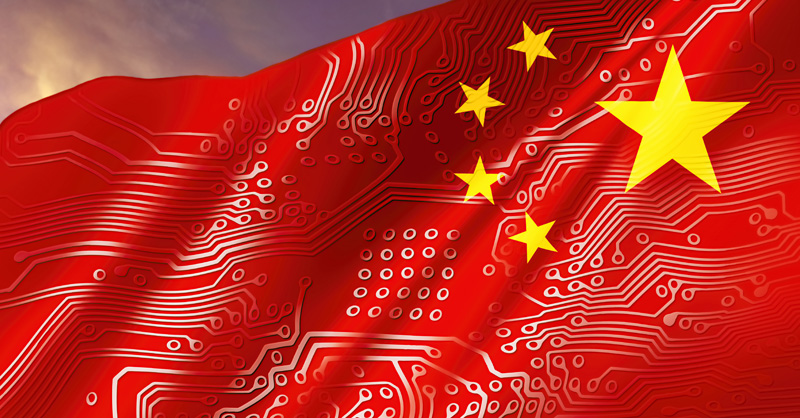 China has proved to Big Tech that its antitrust-oversight capability isn't limited to the State Administration for Market Regulation, or SAMR. When needed, cross-agency efforts are orchestrated to reach beyond what the top competition authority could achieve on its own. From banking and aviation to tax and information technology, sector regulators are capturing a share of Beijing’s top campaign.

The bonding of regulators calls for more sophisticated compliance strategies by businesses. More enforcers claiming a role means more eyes are watching, and it’s harder for any mistake to be off Beijing’s radar.

This means businesses will need to keep a close watch on not only SAMR's day-to-day activities, but also what their sector regulators say about questionable competition conduct. This will be especially important as cross-agency efforts may also deliver remarks or understanding of competition rules that are not always in perfect harmony.

SAMR’s recent "administrative guidance" meeting held alongside the Office of the Central Cyberspace Affairs Commission and the State Taxation Administration illustrates one side of this multilateral regulatory structure.

The companies were ordered to rectify the misconduct within a month. While the regulators arguably only keep track of matters that fall within their own jurisdiction, there are times when the boundaries become blurred.

SAMR, for instance, ordered Alibaba to open up further its data and payment resources earlier this month — a request not directly related to exclusivity restrictions for which the e-commerce giant was fined a record 18.23 billion yuan ($2.8 billion). Similarly, the People’s Bank of China, or PBOC, formulated in January a list of antitrust-focused rules that apparently overlapped into SAMR's expertise.

Notably, this model of integrated supervision contrasts with China’s decision in 2018 when it merged three former antitrust bodies into one to resolve a decade-long jurisdictional overlap. It is too early to say the old days are back, but the emerging antitrust powers do cause confusion at times.

In March 2018, China announced a plan to fold into SAMR the antitrust functions of the National Development and Reform Commission, or NDRC, the Ministry of Commerce, or Mofcom, and the State Administration for Industry and Commerce. Price regulation, non-price regulation and merger control were no longer divided among different agencies.

China has ushered in a new era of antitrust enforcement by elevating it to be one of the country’s 2021 policy goals.

The draft hasn’t been made into formal rules yet, but it shows how central bankers take the lead in defining the appropriate relevant markets. It even envisions possible split-ups of dominant players — a power currently not available under the Antimonopoly Law.

The China Banking and Insurance Regulatory Commission joined the blame game around the same time, criticizing the way fintech companies use their oligopoly positions to charge excessive fees.

In December, SAMR established formal ties with the Civil Aviation Administration, setting up a cooperation mechanism to go after price irregularities, including anticompetitive conduct. The Ministry of Transport also vowed to strengthen its monitoring and analysis of the sector in January, complementing SAMR's antitrust moves.

As the financial powerhouse, the Ministry of Finance rolled out from Feb. 1 a scheme to subsidize local governments for antitrust actions, allocating funds based on their enforcement scorecards.

Last week, the Ministry of Industry and Information Technology pledged to intensify competition supervision of the Internet sector, citing malicious blocking, forced bundling and traffic hijacking among offenses that will be prioritized in the crackdown.

The National Energy Administration became the latest to join the movement, although it didn’t elaborate on its plan for the antitrust campaign in a notice last week.

Similar to all other jurisdictions, inter-agency cooperation is common in China. For antitrust matters, the State Council’s Antimonopoly Committee is understood to be a useful platform for information exchange.

The committee is formed by senior officials from SAMR and prominent regulators PBOC, NDRC, Mofcom and MIIT, as well as those focusing on finance, justice, transport, banking and insurance, state-owned assets, statistics, securities, energy and intellectual property.

Attorneys told MLex that they believe that SAMR and other authorities are still bound by their own legal frameworks when it comes to the scope of exchange, and Beijing’s antitrust push won’t change that. Article 41 of the Antimonopoly Law, for example, requires the antitrust agency and its enforcers “keep confidential the commercial secrets they come to have access to in the course of law enforcement.”

Sensitive information such as sales and market shares obtained through merger filings shouldn’t be shared, and other trade secrets collected during raids should be protected too, attorneys argued.

Having said that, SAMR is at least known to be strengthening ties with counterparts on information sharing, as indicated by its newly announced mechanism with the Civil Aviation Administration to improve scrutiny of online travel agencies and others.

As part of the cooperation, any clues of potential offenses arising from complaints, reports, public opinion, price monitoring and supervision must be communicated in a timely manner. SAMR and the aviation regulator will regularly exchange information to discuss markets, price dynamics, precautionary information and major problems within the sector.

With all this happening, the message to Big Tech is crystal clear. They aren’t too big to be regulated, as all sector authorities have SAMR’s back.