How nearly 50 US states aligned to sue Google, Facebook 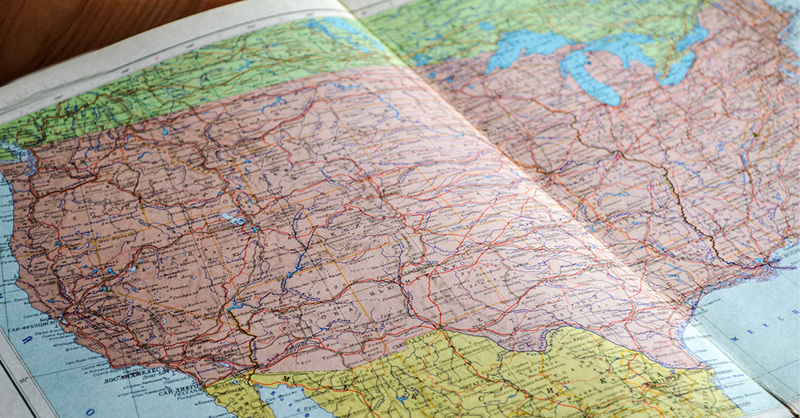 One by one, the attorneys general of Colorado, Nebraska, Iowa, Arizona, North Carolina, New York, Tennessee, and Utah — seven men and one woman — picked up the telephone for their monthly check-in.

The executive committee of state attorneys general heading the antitrust investigation into Google had convened for another regular planning call. With just eight states, the executive committee was smaller than most multistate antitrust probes. There were four Republicans and four Democrats. The group included the longest tenured US state attorney general — 76-year-old Tom Miller of Iowa — and the shortest, Phil Weiser of Colorado, a freshly elected former law school dean.

As much as anyone, the group was led by two AGs: Nebraska Attorney General Doug Peterson, a Republican who was the primary liaison between the states and the US Department of Justice; and Weiser, a Democrat who is a nationally recognized authority on tech regulatory policy through the Silicon Flatirons think tank he founded at the University of Colorado.

“The monthly calls were somewhat unusual,” Peterson told MLex this week. “Typically, it’s not as common that the AGs are involved in the investigative process on a regular basis. But I think it had to do with the magnitude of the issue.”

The monthly calls began more than a year ago in late 2019, and the antitrust probes of Google — and also Facebook — never lost momentum leading up to the filing of litigation against the companies this month, even as the coronavirus pandemic gripped the US in March 2020. If anything, the pandemic may have tightened the focus of investigators because lawyers were forced to collaborate through Zoom or e-mail as their lives were circumscribed and focused in ways that wouldn't have seemed possible before.

Ultimately, the Google probe alone would pull in at least 40 lawyers within the attorneys general offices of at least 10 states stretching from Arizona and Utah in the Mountain West to Ohio in the Midwest to Massachusetts and New York in the Northeast, all working as one team to parse through millions of pages of Google’s internal communications.

And while the Google and Facebook antitrust probes were technically separate, there was coordination and cross-pollination between the two, as Weiser and New York Attorney General Letitia James, who led the multistate Facebook probe, were on the executive committee of both probes. The end result was that every one of the 50 US states except Alabama has signed onto at least one of the antitrust suits filed this month against Google and Facebook, with many joining all three complaints.

“This is really historic,” Peterson said of the Google and Facebook probes. “There has been no moment in time when antitrust enforcement, with the Department of Justice, the Federal Trade Commission —  the federal authorities — joined with such a large number of states. Really, I think it speaks volumes to the magnitude of what’s going on here and the importance of what we’re doing.”

The roots of the multistate and federal antitrust investigations that led to this month’s complaints against Facebook and Google go back at least two years. But it's possible to trace their genesis back even further, to when the FTC declined to pursue an antitrust case against Google over its search practices in January 2013.

Like a rope with many strands, a group of disparate people, ideas and institutions had to come together in new ways to create an unprecedented antitrust response against the two tech giants. As Miller, the Iowa attorney general who is widely seen as the unofficial dean of state regulators, put it last week, “a multistate investigation is more art than science.”

There were many components to that art. There needed to be new thinking and a marshaling of new facts about how the platforms monetized personal data. The new synthesis developed from academic papers about Amazon, Facebook and Google published by scholars such as Lina Khan and Dina Srinivasan, a former digital advertising executive-turned-antitrust scholar, who began using the term “insider trading” to describe how Google and Facebook exploited personal data, damaging privacy protections, to target digital ads.

Srinivasan acknowledged last week that she is working with Texas Attorney General Ken Paxton on the 10-state complaint against Google filed Dec. 16. Srinivasan has been researching the bombshell allegation in that complaint, that Google and Facebook were coordinating in display-advertising auctions, for about 18 months, thanks to a tip she got from another researcher, Zach Edwards.

Even as Microsoft, after Steve Ballmer stepped down as CEO in 2014, abandoned its campaign to get the world’s antitrust regulators to scrutinize Google’s practices, other Google critics, particularly Yelp, stepped up to keep the pressure on US and European regulators. Yelp executive Luther Lowe became a fixture in state capitals as well as in Washington over the last nine years. “Name a state, I’ve probably been to the state capital and met with the attorney general, or the staff,” Lowe told MLex.

Unlike her predecessor, who tried to settle with Google, European antitrust chief Margrethe Vestager decided to bring charges in April 2015, laying a marker down for US politicians.

Those who picked it up flourished. On the right, Republican Missouri Attorney General Josh Hawley beat a Democratic incumbent to win a seat in the US Senate after launching an antitrust probe of Google in 2017 as AG. That probe went nowhere, but it got Hawley media attention. On the left, US Senator Elizabeth Warren of Massachusetts argued publicly that US antitrust enforcement against tech and other big companies had become too lax.

The FTC and the DOJ’s antitrust division were under new leadership, with FTC Chairman Joe Simons and the DOJ’s Makan Delrahim agreeing by May 2019 to switch responsibilities for tech company scrutiny. The DOJ got oversight of Google from the FTC, and the FTC took on Facebook instead.

Outside the antitrust orthodoxy of Washington DC, academic conferences at the University of Chicago and the University of Utah not funded by the big tech companies became primordial pools for the emergence of new regulatory life.

In places such as Salt Lake City and Chicago, the mixing of law professors, economists, state attorney general staffers, federal regulators, technologists and Google-complainers such as Yelp — both on formal panel discussions and over evening meals, antitrust bull sessions and hikes outside the lines of the conference — created new connections between people who would not otherwise rub elbows.

Those connections gave momentum to the thinking that it was possible to bring an untraditional antitrust case where price increases couldn't be the central antitrust claim, because Google and Facebook did not charge users for their services.

Both Srinivasan and Yelp’s Lowe spoke at the Utah conference, which was also attended by staff from the New York and Utah attorney general offices — two states that would become prominent in the forthcoming probes of Facebook and Google. Marshall Steinbaum, an economist at the University of Utah who helped organize the event, noticed the cross-pollination going on at the conference.

“Luther had a pretty strong effect, I would say,” Steinbaum said. “He’s a very forceful person. He was definitely working the room that day.”

Getting so many states to sign onto an antitrust case isn't unprecedented. But it is highly significant, particularly in the hyper-partisan era the US is experiencing. Even when the DOJ sued Microsoft in 1998, just 20 states signed on to the complaint.

The state attorney general's office can be a political launching pad for higher office in the US; look no further than Vice President-elect Kamala Harris, who was California attorney general four years ago. Nevertheless, in state capitals from Lincoln, Nebraska, to Nashville, Tennessee, to Des Moines, Iowa, the dynamic is different from the bitter partisanship of Washington DC, and the elected attorneys general felt that it was good politics for them to work together in a bipartisan way.

“The American people, in very clear terms, are increasingly uncomfortable with the concentration in our economy, including the tech sector,” Colorado's Weiser told MLex in an interview. “And part of what we’re seeing here is a reflection of the public view about the tech sector that it is damaging to consumers and to upstarts.”

A Republican, Utah Attorney General Sean Reyes, and a Democrat, District of Columbia Attorney General Karl Racine, took the first bipartisan step in 2016, writing a letter asking the FTC to reopen its antitrust probe of Google.

Another root of the Google and Facebook complaints was a meeting in Denver in October 2018 organized by the National Association of Attorneys General, where a “Technology Industry Working Group” was created. Heading that group was Kim Van Winkle, who heads the antitrust division of the Texas attorney general’s office; and David Sonnenreich, the antitrust section director under Reyes in Utah who was deeply interested in how data was being mined by tech companies.

Attorney general offices are split between the elected political leader and the career civil servants who may serve multiple attorneys general over many years. Few antitrust enforcers in the world have more experience investigating Google than Van Winkle, given that Texas investigated Google at the same time the FTC did in 2012, with Texas not ending its investigation until mid-2014, a year and a half after the FTC did.

The NAAG technology task force under Van Winkle and Sonnenreich was an information clearinghouse, a precursor to actual probes that would be launched later, but they helped seed the states’ questions about Big Tech. Weiser, a veteran of the DOJ antitrust division, helped supply the intellectual horsepower. He built a powerful internal antitrust team in Colorado, with Jeff Blattner, the lawyer who spent three years guiding the DOJ’s antitrust case against Microsoft, and Jon Sallet, the former top lawyer at the Federal Communications Commission.

If there was a catalyst for the state probes, it was a previously unreported meeting of 10 state attorneys general and their antitrust staffs hosted by Tennessee Attorney General Herbert Slatery in Nashville on Nov. 19, 2018.

“There had been discussions going on; it was known the AGs were talking about this concern about both Google and Facebook,” said Nebraska's Peterson, who attended the Nashville meeting. “So the purpose was to get the AGs there, but also to get a lot of the antitrust specialists in their offices there. It was kind of what I would call the kick-off meeting.”

“We had calls; we worked; we debated; we problem-solved in a way that was necessary to make this work,” Miller said of the monthly calls.

With any trial against Google still three years in the future, the states say they have a partnership among themselves, the FTC and the DOJ that is durable enough to counter the defenses that Facebook and Google will throw at them.

“We wouldn’t have taken this on if we didn’t think we could win this case,” Peterson told MLex. “It’s going to be a challenging case, no question, from an antitrust standpoint. But then again when you see the number of states that signed up, it indicates there’s a certain will among the states.”