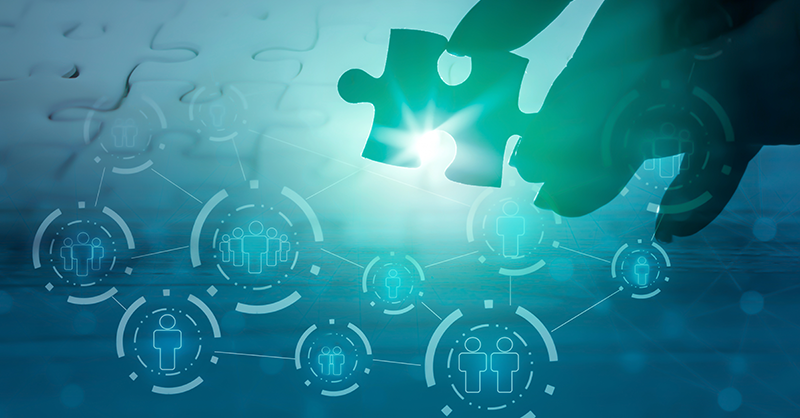 A merger can be a brilliant business move, but if it restrains competition, it’s best not to say so, especially in writing.

US government antitrust agencies take a dim view when a market is described as an “oligopoly” by a company evaluating a potential acquisition, as Penguin Random House’s parent company did in an internal document. That document — a “hot doc” in the parlance of antitrust lawyers — was found in a board presentation and later highlighted by the US Department of Justice in its complaint against the proposed merger between publishers Penguin Random House and Simon & Schuster.

Law firm Dechert has been collecting such documents from court and antitrust agency records to teach companies and their lawyers how to avoid sabotaging their own deals.

Some hot docs contain language found in traditional merger analysis that might not sound damaging at first, but becomes problematic in context. “[P]artnership would have a lot of negotiating clout” was a phrase in a ProMedica presentation to the board of St. Luke's, which it was seeking to acquire. The US Federal Trade Commission successfully used that in court to help show that the hospital merger would be anticompetitive.

The DOJ’s complaint against the potential mega-publisher said, “Penguin Random House and Simon & Schuster both recognized that a merger of their companies would give rise to substantial antitrust risk.” When Simon & Schuster announced that it was up for sale in March 2020, its current CEO allegedly wrote to one of its bestselling authors: "I’m pretty sure that the Department of Justice wouldn’t allow Penguin Random House to buy us …”

Cowie said in an interview with MLex that he believes that the email “is going to be a challenging document for the defense.” He said, “It comes from the CEO. It has a conclusion. And it’s very clear.” The DOJ is alleging potential harm to authors following the completion of the merger.

“I would not want to be a big author at Simon & Schuster now,” a senior Penguin Random House executive told a colleague following the announcement of the deal, according to the DOJ's complaint. The DOJ alleges that the merger would eliminate the head-to-head competition between the publishers, and allow the newly formed company to pay authors less for their work but demand more — a troubling prospect that Penguin Random House’s Global CEO allegedly recognized, asserting, “‘[f]ewer authors will be able to make a living from writing’ which, in turn, ‘will have an impact on the output.’ ”

“That to me is much more powerful than a statement about what the CEO thinks the Department of Justice might do,” Rani Habash, partner at Dechert, told MLex.

Companies sometimes aspire through a merger to build barriers to entry to keep competitors from coming into a market. “Rentpath’s platform offers a wide moat providing protection against market entrants,” the company said in a 2019 draft confidential information presentation. That information was later used in the FTC’s administrative complaint against CoStar's acquisition of Rentpath. The companies later abandoned the deal.

“In the documents, if you say moat, you’re giving the government [evidence of] barriers to entry,” Cowie said.

Cowie, who served as the assistant director for the FTC's Bureau of Competition, said the most damaging hot docs come from chief executive officers who say a merger will result in higher prices for consumers.

When Cowie was at the FTC, he said, the agency challenged a previously consummated hospital merger between Evanston and Highland Park in which company executives said explicitly that they were going to raise prices 10 to 15 percent.

In a post-merger memo, the president of the newly formed mega hospital wrote that, “'Some 24 million of revenue enhancements have been achieved — mostly via managed care negotiations' and ‘none of this could have been achieved by either [Evanston] or [Highland Park]’ alone,” the FTC complaint said.

Rather than unwind the merger or impose divestitures, the FTC required the hospitals to establish independent patient services negotiating teams to haggle with private health insurers.

Cowie said if a team is presented with a seemingly damaging hot doc, lawyers can provide context, or they can rebut it. One thing they shouldn’t do, however, is “run away from it,” he said. A particularly inflammatory quote can sometimes be dismissed if the contents are a product of “crazed middle management” who “didn't have the full picture,” Cowie said.

“Sometimes it will look bad on its face, but then there is a perfectly good explanation, or someone may have been joking, or maybe more ambiguous than what they think it is,” said Habash.

It's a bigger problem when top executives transgress.

“The merger was an opportunity to ‘take out [Bazaarvoice’s] only competitor, who ... suppres[ed] [Bazaarvoice’s] price points by as much as 15%,” Bazaarvoice’s CEO said in an email to the company’s board of directors regarding Bazaarvoice’s 2012 effort to acquire fellow customer review platform PowerReviews for around $168 million.

A result of the merger would be to “eliminate primary competitors, thereby reducing comparative pricing pressure,” Bazaarvoice’s co-founder, Brian Barton, wrote in an email to another Bazaarvoice executive. With the main competitor out of the market, Bazaarvoice would have more flexibility with its platform’s pricing options.

“The merger will stop ‘tactical knife fighting’ over competitive deals,” Barton wrote in his notes following a presentation regarding the potential acquisition of Power Reviews.

All of these documents were found by the DOJ.

“ ‘Tactical knife fighting.’ That's not economics,” Cowie said. “It's not precise. But it creates a visual image. And you can see leadership at the FTC and Justice Department reacting to those, and judges.”

In one case, the conspicuous lack of hot docs hurt the FTC’s case when it challenged a roughly $600 million dollar chemical industry merger between Evonik and PeroxyChem, a US manufacturer of hydrogen peroxide and peracetic acid. The FTC alleged that the merger would reduce the number of hydrogen peroxide suppliers in certain US regions from three to two.

The FTC’s challenge was unsuccessful. “Lacking a smoking gun, the FTC fires away with a few squirt guns,” the judge wrote in his decision.