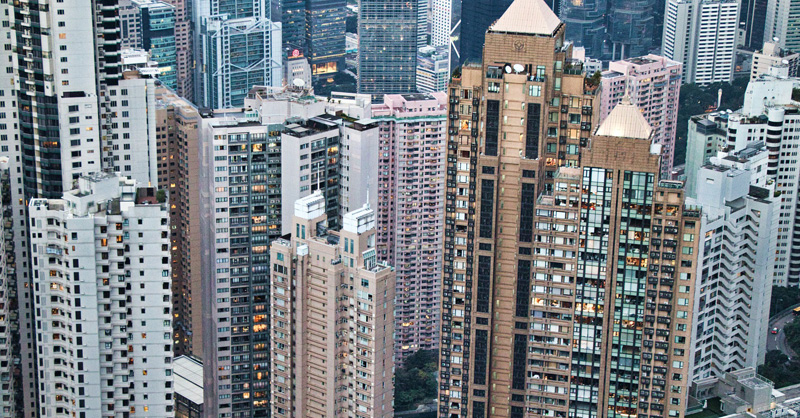 As Brent Snyder packs his bags and returns to the US in coming days, he will look back at his term as Hong Kong’s top competition official not just for the fines and settlements he was able to obtain, but also for the foundations he has laid for future enforcement.

“I will occasionally describe myself as an infrastructure person in my role in Hong Kong, in that I want to focus not only on getting outcomes, but also how we get those outcomes to make sure that we develop into an efficient, effective and principled enforcer,” Snyder said in an interview with MLex.

“The next [Hong Kong Competition Commission] CEO is going to have a really good opportunity to take what I think is a lot of solid precedent that we've set, and ways that we've adapted in doing things and really benefit from that and build this out even further,” the Texas-educated Snyder said.

After three years and two months in the job, Snyder’s successor will inherit one of the world’s youngest antitrust agencies — it was established in 2013 — as well as a solid foundation of defined enforcement principles and legal precedents that, Snyder hopes, will allow the agency to continue in its development.

With enforcement-related policies published, increased engagement with parties in investigations and precedents that will serve as the basis for whatever lies ahead next, “all of these things are really significant steps in the right direction,” Snyder said.

Hong Kong’s Competition Ordinance took effect in December 2015. As the third chief executive officer of the Competition Commission, Snyder said that he had seen the agency build on the work done by his predecessors and has made good progress across all of its areas of responsibility.

Even if the next person were to adopt a drastically different approach, the precedents that have been established before the court will limit the possibility of a shake-up to the margins, Snyder said.

“Fundamentally, the precedent ... is what's going to guide us, so I don't think you're going to see a big pivot away from … the fundamental way that we're thinking about things or doing things.”

The Hong Kong regulator has filed four new enforcement lawsuits since Snyder joined in September 2017, bringing the total number to six. Three of the four lawsuits are going through the settlement process or have completed it, with both companies and individuals receiving penalties.

The watchdog has completed the trial of the first two cases filed and was able to convince the court 14 of 15 companies being sued in the two cases had violated the law.

The Competition Commission has settled investigations outside the court into the most-favored-nation terms imposed by online booking agencies and a contractual joint venture among four of the biggest local terminal operators.

These enforcement actions, Snyder says, have set a variety of precedents and were part of a clear game plan. “There is a strategy to it. It hasn't been haphazard, from our perspective,” he says.

“We've done it in a deliberate way to provide both education about the law and about our approach to interpreting or applying the law,” Snyder says. “We've also brought cases that we think will have the potential to send a deterrent message as well.”

“By publicizing [the policies], people are able to judge us on what we're doing, and that will create trust that I think will allow us to be successful in a lot of different ways going forward,” Snyder says.

The commission has also “seen a lot more buy-in from the government” in its effort to engage in government policies to influence a pro-competitive regulatory landscape, he says.

Speaking of the challenges facing the Hong Kong regulator, Snyder says that market concentration remains problematic and has left the territory with companies that have the potential to dominate particular industries.

“The long delay in adopting competition law in Hong Kong [in 2015] has ultimately resulted in a much higher level of concentration in certain market sectors and a resulting impact on the competitive environment that's more difficult to address,” Snyder said.

However, Snyder said that he didn’t’ see any difficulties that were insurmountable and that he was “happy with where we are.”

Snyder told MLex that the regulator has yet to see how the criminal standard of proof imposed by the court will impact certain types of cases and to develop a methodology for calculating individual penalties that will hopefully match the transparency and predictability of the approach for companies.

He said there needed to be procedures for standalone enforcement that incentivize or facilitate it for cases that involve high-volume victims but low-volume harm, which would always be a staple of enforcement, highlighting the need for collective action and a vehicle for litigation funding.

He said the commission currently had certain cartel cases that could potentially lead to follow-on private enforcement with enough injury to individualized victims, if the regulator decided to pursue them.

“I do think there are cases that we are looking at where potentially you could have some private follow-on enforcement that will flow out of them at some point, assuming we were able to make our case,” he said.

Snyder said the disparity in experience between the commission and its counterparts in other more mature jurisdictions like the US will diminish over time, allowing the regulator to become more efficient and capable.

But he cautioned that it’s always a work in progress and one can't ever rest on past accomplishments because any advantage could be lost quickly if the agency were to become arbitrary or political, rather than principled.

“The thing that I leave here confident about is that our chairman and our members would not allow that to happen,” he said.

After 17 years working as an enforcer in both the US and Hong Kong, Snyder is returning to private legal practice in the US, likely in San Francisco. “I would like to think I haven't tried my last case or stood up in court for the last time,” he said.

“I enjoy litigating,” he said. “I enjoy being in court. I enjoy representing clients whether that client is a private party or the government. And I have missed that over the last seven years when I've been more in an enforcement management and administrative position.”

Looking at a different and more competitive legal landscape 17 years later, he didn’t see any huge obstacles in his return because it would be only “a variation of what I've done my entire career.”

“My experience as a hands-on enforcer, combined with the experience and maybe broader international knowledge I've gained both in my last job in the [DOJ] antitrust division and my time here, will be very useful in [advising clients],” he said.

Reflecting on his time in Hong Kong, Snyder said that he would miss what he describes as the warm and welcoming people in the territory — both at the commission and across the community.

“I'm most proud of the staff of the commission. I love all of them,” Snyder said. “They work hard. They work to improve. And they do want to do good things for Hong Kong.”

“Anything that the commission accomplishes is due to the staff,” he said, adding that he felt lucky to have been in the top position and to have heard the stories of local staff. He also said he will miss receiving homemade mooncakes during the Mid-Autumn Festival.

Snyder said that he spent his free time in Hong Kong enjoying the hiking trails, such as the one on Po Toi Island, the city’s most southern point, and exploring the unique neighborhoods.

His favorite restaurants include one called Genuine Lamma Hilton — with no connection to the hotel group of the same name — and the Smuggler’s Inn in Stanley. Another favorite is the Taiwanese restaurant Din Tai Fung, a revelation he thinks will “make some enemies amongst the local readers.”