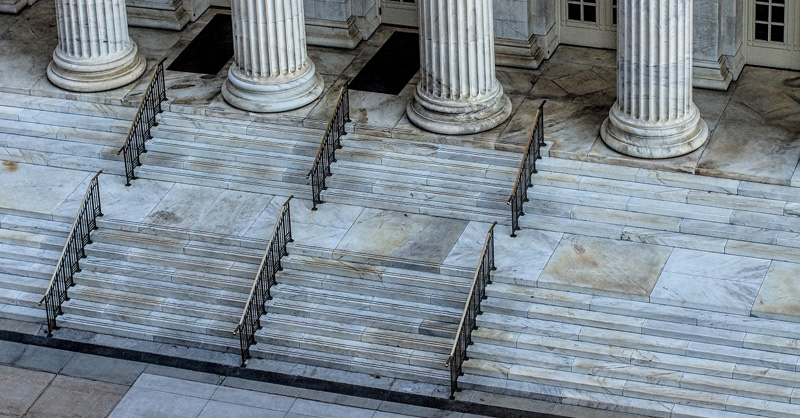 For a clutch of the world’s biggest investment banks, including JPMorgan Chase and Barclays, UK competition judges’ upcoming treatment of an untested area of law will determine which, if any, of two British consumer champions will have the chance to sue them over currency-market rigging.

As the UK’s emerging collective-action regime finds it feet, eyes are focused on this significant “carriage dispute” — a competition between class representative contenders to bring a mass lawsuit.

It pits Michael O'Higgins, a former head of the UK pensions regulator, against Phillip Evans, a former inquiry chairman of the Competition and Markets Authority, who are both fighting to be selected to get their damages action certified for trial.

The ruling that the Competition Appeal Tribunal will make on the matter will affect thousands of institutional investors who, represented through either lawsuit, are seeking antitrust damages of potentially billions of pounds over manipulation of the global currency market. A sizeable chunk of this market, worth trillions of dollars a year, is traded in London's financial sector.

For the UK’s specialized antitrust court, the choice of which claim, if either, to approve for trial won't be an easy one.

A recent UK Supreme Court ruling on a separate planned mass action brought against Mastercard clarified the bar that claimants must clear to win a so-called collective proceedings order. But while it did shed much light on what it takes to secure a CPO, it didn’t address the matter of carriage — a critical step for rival claimants jostling to win such an order.

That legal gap will be addressed in a wrapped-up hearing, recently scheduled by the CAT for mid-July, for the O'Higgins and Evans claims that will cover both carriage and certification of the lawsuits against the banks. In effect, not only will the court consider the competing class representatives, but also whether there is a case to proceed at all.

O’Higgins and Evans have brought their suits in the wake of European Commission decisions from 2019 that found evidence of electronic chatroom cartels in the spot forex market — agreements to exchange a specific amount of one currency against another, for settlement on a specified date.

But both face the risk of being knocked out in the carriage dispute, because they have both pursued “opt-out” claims against the banks — claims brought on behalf of class members who are automatically included, an option available to litigants since legislation changes six years ago.

This is all coming to a head, now, and it raises the jeopardy. Last year, the CAT heard an application that carriage should be determined as a so-called preliminary issue — a narrowed-down matter to be dealt with pre-trial — and prior to class certification. The parties argued the validity of that approach by citing practice in other jurisdictions with mature class-action regimes, including Canada.

The court was told that a clear-cut outcome — only one action moving forward to a certification hearing for a CPO — would have considerable advantages: an avoidance of confusion among class members over their legal route for redress, clarification of options for dispute resolution and, more prosaically, lower legal costs. Three of the targeted banks — Barclays, Citibank and MUFG — even supported the application for a preliminary issue determination.

But the CAT turned the application down, and noted the novel questions raised by carriage that the court had to consider. Instead, it ordered a single, substantive hearing to determine whether a CPO should be made at all, and if so, to which class representative.

The CAT's reasons for that ruling go to the heart of its challenge in sorting out the carriage dispute.

The court has said that for the UK to adopt the Canadian approach risked a gap in understanding over issues central to both carriage and certification — such as a claim’s scope and prospects — and therefore made any early decision on knocking out one of the claims problematic.

More recently, its position hasn't been helped by the Supreme Court’s ruling on Merricks-Mastercard, which is seen as the poster child of the UK’s antitrust class-action regime. That ruling set out the framework for certification of claims based on two criteria: that they are eligible for inclusion in collective proceedings, and that the person seeking to represent a class is authorized to do so.

But the ruling made no inroads into legal uncertainty over carriage disputes over any interplay between eligibility and authorization.

That has meant the CAT must face up to a key question: precisely how to consider the suitability of applicants in a carriage dispute amid the broader task of assessing their lawsuits’ suitability for certification? Any answer lies in the structure, or format, of the hearing in July, and the likely splitting of carriage and certification matters.

Should the claims first be assessed separately for their suitability for a CPO, and one be knocked out, carriage would be a moot issue. That approach would mean the CAT asserting the primacy of assessing merits of rival applications together.

By contrast, dealing first with carriage would see only the winning claim go on to be assessed for certification. That's a scenario for which the CAT would need to justify its decision clearly, as the claimant knocked out would have a powerful argument that the merits of its case had not been adequately considered.

As Marcus Smith, the judge presiding over the case, noted last month: “The structure of the hearing is going to be hugely informative and probably determinative of the way in which evidence is served.”

The differences between the two potential approaches have an impact not only on legal principles, but also concrete implications for the proceedings at hand. How evidence is brought out is crucial, because one of the CAT’s key considerations for carriage is to ensure that the interests of the proposed class are best served.

Just as that affects the applicants, for the banks, too, this has important consequences for arguments heard in court. Smith said last month that the CAT's provisional view is that there is "no interest" in the banks participating in a "pure carriage dispute.”

For now, the CAT is keeping its options open. The judge said last month that the court would retain "a degree of flexibility” over the length of the July hearing, which is set to last several days.

That is sensible, and the CAT’s undisguised caution is understandable. Not only are CPO applications still a nascent area of law, with the underlying legislation brought in as recently as 2015, but the clash between O’Higgins and Evans is the first carriage dispute to come before the tribunal.

In Smith's words, the rivalry is far removed from the "one-horse race" of Merricks' lawsuit against Mastercard, and the CAT is well aware that how the claims against the banks are handled will shape the trajectory of the mass-lawsuit regime as a whole.