Google says it defeats competitors because in online search, it's top shelf 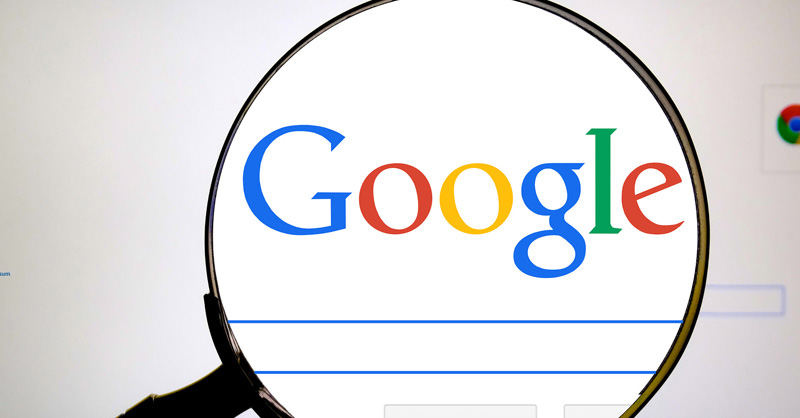 Google today pushed back on the US Department of Justice’s claim that it used a network of exclusivity agreements to illegally extend the company's monopoly on search and digital advertising, using a concept most everyone understands: supermarket shelf space.

Other tech companies control that digital “shelf space,” including Microsoft through its Windows operating system on computers; Apple, Samsung and LG through their smartphone screens and AT&T and Verizon though wireless carrier agreements. Google will argue in US courts that the deals it has signed to secure that digital shelf space don't violate antitrust laws in large part because those deals don’t foreclose access to rivals.

The estimated $8 billion to $12 billion it pays Apple each year to be the default search engine on the iPhone is no different from General Mills paying a supermarket chain to secure shelf space for Cheerios cereal, the search and ads giant says.

“Yes, like countless other businesses, we pay to promote our services, just like a cereal brand might pay a supermarket to stock its products at the end of a row or on a shelf at eye level," Google's chief legal officer, Kent Walker, said in a blog post today. "So, we negotiate agreements with many of those companies for eye-level shelf space. But let's be clear — our competitors are readily available too, if you want to use them."

Google plans to make four key arguments in its defense, senior executives told MLex and other reporters in a background briefing today.

One argument is that consumers are already getting a great deal because the digital services Google offers are free or have prices that are dropping.

Two, mobile apps have changed everything since the DOJ sued Microsoft for tying its browser to Windows in 1998. With one tap, an Android phone user can download an app that allows her to do a general search, or to access a specialized search for hotels, flights, or the best restaurant nearby.

In the third argument, Google says the ad revenues of big competitors such as Amazon and Apple are growing.

But particularly, Google says in its fourth argument, the DOJ has misread the antitrust laws in alleging Google violated the Sherman Act because the enforcer has failed to claim Google foreclosed access to rival search engines such as DuckDuckGo, Microsoft’s Bing or any other digital competitor.

That's the nub of the dispute that a federal judge in Washington will have to decide, because the essence of the DOJ’s argument is that the web of exclusive deals Google has built over the years do foreclose consumers from accessing the services of its rivals.

Because most consumers never change their defaults, the fact they can technically do so doesn’t matter much. Default status essentially equals exclusivity and the ability to foreclose rivals from access, the DOJ argues in today’s complaint.

“Google is a monopolist in the general search services, search advertising, and general search text advertising markets,” the DOJ said in its 64-page complaint. “Google aggressively uses its monopoly positions, and the money that flows from them, to continuously foreclose rivals and protect its monopolies.”

Google argues that consumers would be harmed by being forced to accept lower-quality search results, and would pay more for phones, if the DOJ suit succeeds and a court orders the company to make changes from the current state of the market.

The US Federal Trade Commission and other regulators already put Google’s exclusivity agreements under a microscope and found them to be legal, the search giant said, quoting former FTC acting Chair Maureen Ohlhausen saying of Google's default deals that, “Simply put, I was not presented with any evidence to indicate that these arrangements were anything other than procompetitive.”

Moreover, Apple made Google the default search engine on the iPhone because it compared search engines and preferred Google's, with the search giant today quoting no less an authority than Apple CEO Tim Cook that Google’s “search engine is the best.”

One index of the value of the default agreements is the amount Google pays Apple to be the default on the iPhone. That number has grown enormously from just over the $1 billion it paid Apple in 2014, a number MLex was the first to report.

Google will also point to its triumph over a private lawsuit making similar antitrust claims about the Mobile Application Distribution Agreements, or MADAs, that require smartphone makers using Android and the Google Play app store to preload Google search, Gmail and other apps on their devices.

Whether a federal judge agrees with Google’s cereal metaphor remains to be seen. For one thing, there are far more choices of cereal brands in most grocery stores than there are general search engines on the Internet.

And Google’s argument that the DOJ favors forcing consumers to use lower-quality search engines might raise the question of why those rivals’ results are less useful. One element boosting quality in general search is the volume of queries a search engine sees, and Google’s deals with Apple and others have channeled it billions of queries.

“I don’t think anyone would argue that Cheerios has a monopoly on cereal. Defaults really influence people; that’s why Google is willing to pay for them,” said Charlotte Slaiman, the competition policy director for Public Knowledge, a digital rights group that is a critic of Google’s practices.

One thing a court may look at, Slaiman said, is the cumulative effect of Google’s default deals. “Google has been benefiting from them for a long time, and Google has a really strong position now,” she noted. “But the question is, in the absence of these default agreements, would Google still be on top?”