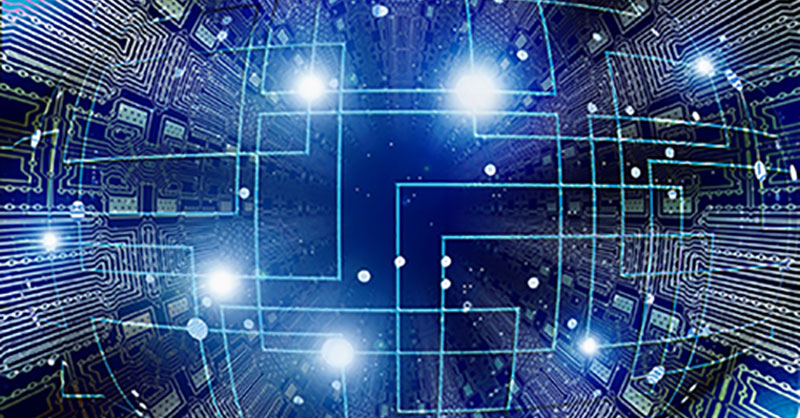 In capping a decade of litigation by ruling that Google’s copying of elements of Java to create the Android mobile operating system was a legal fair use, Justice Stephen Breyer hit on an analogy for the copied application programing interfaces today that captured a clear majority of the US Supreme Court.

An API both divides and organizes computing tasks for software developers, Breyer wrote in a Supreme Court decision that likely saved Google from having to share billions of dollars in Android-related advertising revenue with Oracle. Breyer wrote for the 6-2 majority that an API is a method of organization, like a library Dewey Decimal System, meshed with a human-machine interface, like the gas pedal of a car.

“Imagine that you can, via certain keystrokes, instruct a robot to move to a particular file cabinet, to open a certain drawer, and to pick out a specific recipe,” Breyer wrote in coining his own “comprehensive, albeit farfetched,” metaphor for an API involving a remote-control kitchen. “With the proper recipe in hand, the robot then moves to your kitchen and gives it to a cook to prepare the dish. This example mirrors the API’s task-related organizational system.”

The understanding behind that analogy was the basis for Breyer’s determination that Google’s copying of 37 packages of APIs from Java to create Android commands that would be familiar and easy to use for the many thousands of developers then writing code for Java applications was a transformative, and therefore a legal, fair use.

In ruling that way, the Supreme Court backed a software status quo that will continue to make it easy for developers to use APIs to make different packages of software interoperable without worrying about copyright violations. The decision highlights a paradox of software development: much of its creativity comes through copying. But it is unlikely to ease the antitrust scrutiny on Google.

Google had beaten Oracle twice in trials before US District Judge William Alsup, only to see both decisions reversed by the US Court of Appeals for the Federal Circuit. Today’s Supreme Court decision lines up with the trial court, with the justices reversing and remanding the case back to the Federal Circuit.

Breyer and the other five justices in the majority concluded, in weighing the public benefit of Google’s copying as a factor in the copyright test for fair use, that ruling for Oracle would have locked in market power for the database company at the cost of software creativity. Oracle acquired Java when it bought Sun Microsystems in 2010.

“Given the costs and difficulties of producing alternative APIs with similar appeal to programmers, allowing enforcement here would make of the Sun Java API’s declaring code a lock limiting the future creativity of new programs,” the majority held. “Oracle alone would hold the key. The result could well prove highly profitable to Oracle (or other firms holding a copyright in computer interfaces). But those profits could well flow from creative improvements, new applications, and new uses developed by users who have learned to work with that interface.”

Justice Clarence Thomas, joined by Justice Samuel Alito, disagreed. Thomas wrote that the fair use analysis by the majority was “fatally flawed,” including the majority’s conclusion that Google’s copying of the APIs was a transformative use of Java SE, which primarily ran on desktop computers, not smartphones.

“Even if Google’s use were transformative, the majority is wrong to conclude that Google copied only a small portion of the original work,” Thomas wrote. The 11,500 lines of Java code Google copied into Android was a tiny fraction of Java, but a significant share of Java’s declaring code, he said.

“The declaring code is what attracted programmers,” Thomas wrote in his dissenting opinion. “And it is what made Android a ‘market substitute’ for ‘potentially licensed derivatives’ of Oracle’s Java platform. Google’s copying was both qualitatively and quantitatively substantial.”

Alito had worried during oral argument in October that if Google’s argument prevailed, “all computer code is at risk of losing protection under” copyright law.

Essentially wrapping up more than a decade of legal combat between Oracle and Google, including trials that featured dueling testimony from senior executives like former Google Chief Executive Larry Page and Oracle founder Larry Ellison, today’s decision restores a 2016 jury verdict that Google’s copying was fair use.

Had the Supreme Court gone the other way in today’s decision, Google would have likely been back before Alsup in San Francisco, for a damages trial in which Oracle said it would be seeking significantly more than the $9 billion in copyright damages it sought in the 2016 trial.

The decision is unlikely to do anything to ease the fraught relationship between the companies. Oracle has been one of the key companies complaining to antitrust regulators in Europe, Australia, the US and elsewhere that Google’s behavior was anticompetitive. Oracle’s statement today suggests that it won’t stop complaining to regulators about Google’s practices.

“The Google platform just got bigger and market power greater," Oracle said in a statement from a spokeswoman. "The barriers to entry higher and the ability to compete lower. They stole Java and spent a decade litigating as only a monopolist can.”

The decision could increase scrutiny on the market power of the biggest Internet companies. The Internet Accountability Project, a conservative group critical of Big Tech companies, said “this Supreme Court decision transforms the law into a get-away vehicle for copyright theft.”

Google already faces litigation filed by the US Department of Justice and state attorneys general over its practices in search and advertising technology, and MLex has reported that a group of states headed by Utah, Tennessee, North Carolina and New York could sue Google as soon as next month over its app store practices with Android apps.

“Failure to adequately protect the use of content by a dominant platform requires a competitive analysis to determine whether there is an exercise of market dominance that allows [the platform] to extract the value of content, notwithstanding copyright protection,” Danielle Coffey, general counsel of the alliance, told MLex.

When the Supreme Court heard oral argument in October, the justices cycled through a long list of metaphors for the copied application programing interface code: The layout of a QWERTY keyboard. The lock and the number-combination to open a safe. A method to organize produce in a grocery store. A telephone switchboard. The headings of a legal brief.

One notable element of today’s decision was its technical rigor, with Breyer unpacking at length a detailed explanation of APIs in carefully drawing a line between, and weighing the importance of, declaring code such as APIs, and implementing code “that in effect tells the computer how to execute the particular task you have asked it to perform (such as telling you, of two numbers, which is the higher),” Breyer wrote. “The [Android] implementing code (which Google independently wrote) is not at issue here.”

“For a single task, the implementing code may be hundreds of lines long,” the opinion said. “It would be difficult, perhaps impossible, for a programmer to create complex software programs without drawing on prewritten task-implementing programs to execute discrete tasks."

Groups that supported Google’s argument, such as the Center for Democracy & Technology, say Breyer’s decision will make life simpler for developers and consumers alike, such as by allowing the same spreadsheet formula commands to work on Microsoft Excel and Google Docs.

“CDT’s take is this is a win for the public generally. Our view is that this does things like prevent anticompetitive lock-in at the software development level,” Stan Adams, CDT’s deputy general counsel, told MLex. “We hope that it will keep costs down and make more choices available for consumers, not to mention make it easier for developers to continue doing what they do.”