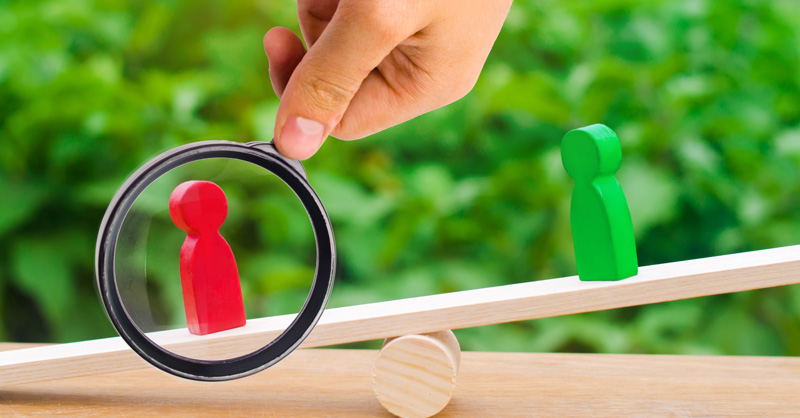 Google and Facebook have been targeted by a fightback from the UK competition regulator that could envelop them inside a new antitrust regime for the multibillion-pound digital advertising sector.

The Competition and Markets Authority, which today published the final report on its year-long market study into online platforms and digital advertising, has made it clear to the tech giants that their heft necessitates a slew of structural or behavioral controls.

The CMA's drill-down into the impact that digital ad market power can have on businesses and consumers — notably those whose data is processed and monetized by free-to-use, advertising-funded platforms — builds the watchdog’s enforcement case. The ongoing Covid-19 home-isolation measures, which have boosted the use of online platforms, has only sharpened the file.

But the variety and complexity of reforms proposed for online ad buying and selling, for ads served on websites, social media and search platforms, and for ad data management, will stretch the CMA. The watchdog's coming struggle to reshape the behavior of two of the world's most successful and influential companies will be long and ugly.

The CMA's proposals are consequential, however, and it is a battle with which Google and Facebook will have to engage. The regulator laid several of them out last December in an interim report, and followed it up today in even greater detail that ran to several hundred pages.

Among recommendations are a range of potential interventions to improve competition in the digital market space. These range from a code of conduct to govern the behavior of platforms with market power, to data-access and platform interoperability interventions that address Google and Facebook's ad impact, to deeper structural change.

For Google, the latter includes being forced to separate off of its ad-serving platform — which prices and places ads on third-party websites — and to keep at arm's length its powerful website analytics business, which can track news searches, among other functions. Contracts with mobile-phone providers to make Google the default search engine on handsets and other search-engine settings are also in the strike zone.

For Facebook, measures faced include much greater third-party data access and mandatory capability for consumers to move their data to rival social-media platforms.

Both companies also face being forced to hand over users' information to independent data managers, said the CMA, as it called for a Digital Markets Unit under a new regime to be equipped with effective powers.

The CMA has already seen a robust pushback and will get another wave now — and not just from the expected sources.

Google and Facebook have unsurprisingly already drawn their lines in the sand. The jeopardy for the tech giants is immense, even though the CMA used the approach of a market study to focus on general sector-wide practices.

Google has stressed that the digital advertising market needs no major surgery, while Facebook has said the industry's benefits are endangered. Both argue that they face strong competition in a sector with low barriers to entry, and that their data-collection strategies are tailored for users' privacy, portability and control.

The CMA’s investigative methodology, including evidence gathering, that underpins the report will come under scrutiny as much as its findings and recommendations.

Key will be segmentation of the ad industry into search and display, the definition and assessment of market power and the singling out of companies with "strategic market status" — the last of which could be used to set rules for particular players funded by digital advertising.

Indeed, Facebook has said the CMA didn't grasp the multi-sided competitive ad dynamics that serve publishers, advertisers and consumers. Google queried the connection of market power to both pricing freedom and data accumulation.

Even rivals have spelled out concerns. Twitter has said the CMA’s line of enforcement must guard against any unintended consequences of over-intervention, such as a stifling of investment and innovation in the digital ad sector.

Many other companies and organizations, of course, favor a bold approach to tackling what they perceive as entrenched dominance of the big two. For them, the network effects, economies of scale, data use and conflict of interests are too great to ignore.

The CMA's final report has spurred the watchdog to seek government support for new laws. Indeed, UK enforcers see the report as proof of the feasibility of a clamp on the sector, MLex understands. In reaching for backing, the CMA believes it is on the right side of history: watchdogs worldwide are brainstorming to keep the digital platforms hemmed in.

Moreover, pressure is building. The digital industry has faced a slew of papers on online harms, including the Furman and Lear reports. The CMA’s study dovetails with proposals for consumer-law reforms, and a government-established Digital Markets Taskforce, now launched, will draw on insights from the CMA to anchor the fight against Big Tech.

The CMA will also be encouraged by the examination by Parliament's Communications and Digital Committee of the future of journalism — a sector whose fate is tied to that of the advertising industry. Its findings could intensify calls for regulation, and further inquiries by the UK government's digital department and the Information Commissioner's Office will feed the narrative.

Nevertheless — as seen with the CMA's institutional revamp — lawmaker support may be slow or seem ineffective. The CMA appears to have the appetite to plow on with change, regardless. Indeed, the adtech study comes as part of the CMA's wider digital strategy review, which encompasses broad concerns over Big Tech, such as use of artificial intelligence and dealmaking.

The sum represents a circular commitment to grapple with the issues. For the CMA, a fightback, even in the face of opposition, is the only way forward. For Google and Facebook, the battle looks inevitable.