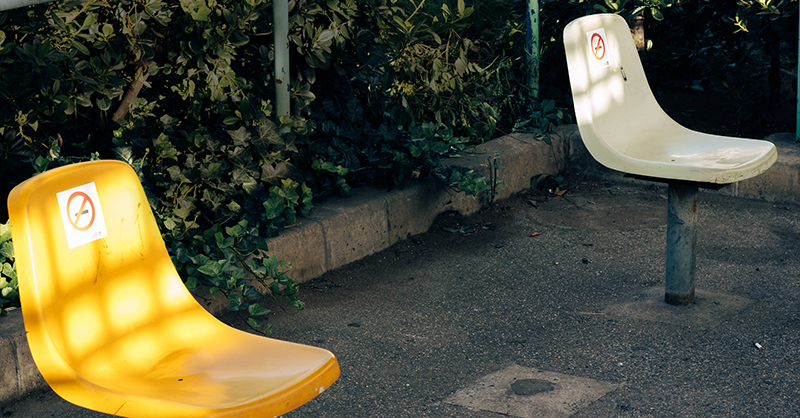 In an exclusive interview with MLex, Furuya also defended the agency’s response to what has been a challenging time, with Covid-19, the economic fallout from supply chain disruptions and inflation all impacting the economy, while Big Tech increasingly makes its mark on Japanese society.

In particular, Furuya points to the progress the commission made in digital-market regulations, which were notable because they involved extensive coordination taken with other government agencies.

Before being appointed to head the JFTC, Furuya was part of the all-government effort to regulate digital platforms as an Assistant Chief Cabinet Secretary from 2013, culminating in the establishment of the Headquarters for Digital Market Competition, or HDMC, in 2019 at the Cabinet Secretariat.

The HDMC now spearheads Japan’s policy making in digital regulations, while the Ministry of Economy, Trade and Industry, or METI, is implementing the Japanese version of platform-to-business law, proposed by the HDMC.

As METI prepares to publish its first evaluations on the way large platform operators, including Amazon, Rakuten, Yahoo Japan, Apple and Google deal with their business users, the JFTC is standing behind the industry regulator in the event an antitrust violation is detected, but is also ready to act.

Under the digital-transparency law, the industry minister can ask the JFTC to take measures if potential antitrust violations are found through its supervision of designated platforms, which focuses on the platform operators’ treatment of business partners.

There hasn’t been any formal request filed so far, Furuya said, but added that the JFTC is ready to receive inquiries, dispelling suspicions held by some critics that the JFTC’s strict standard for accepting METI’s request may have set the bar too high to mobilize the antitrust regulator.

“I’ve told METI to be aggressive in filing a request,” said Furuya, adding that serious antitrust violations probably haven’t been detected so far.

Engaging with tech companies under the transparency act would be critical for the regulators to identify issues accurately, given the information asymmetry between the tech giants and the regulators, he said, as well as asking the right questions.

“Improving the regulators’ ability to focus on the pertinent issues should lead to the discovery of pursuable cases,” said Furuya, adding that more time would be necessary to assess the effectiveness of the transparency law.

The JFTC is also conducting a market survey on smartphone operating systems and app distribution to help the Cabinet Secretariat’s digital unit with policy-planning in response to competition concerns in mobile ecosystems.

Furuya himself takes part in the discussions at the Digital Market Competition Council, under the HDMC, along with cabinet ministers and experts, while some JFTC officials are seconded to the Cabinet Secretariat together with METI officials.

“The JFTC has been making contributions [to the HDMC] and as the enforcer, we’re involved with rule making and we are playing a central role,” said Furuya.

He said it’s “nonsense” to think that the JFTC has been sidelined.

Together with the JFTC’s record low enforcement figures — five legal actions including three cease-and-desist orders in the year to March — the JFTC’s conclusions of digital cases by either legal commitments or voluntary measures are often criticized as soft.

Furuya defended this approach, saying that each jurisdiction has distinctive legal frameworks.

“Japan is making achievements by using various tools to speedily restore competition, given different legal frameworks from other jurisdictions, including commitment measures that could be more substantial than a cease-and-desist order,” he said.

For instance, Amazon Japan agreed in 2020 to refund suppliers a total amount of two billion yen ($14 million now) to close the JFTC’s investigation into suspected abuse of superior-bargaining position — a restorative measure not possible under the Antimonopoly Act’s sanctions.

“While keeping international coordination in mind, Japan should think how much the competition law’s intervention should be allowed, given the slower pace of digitalization in Japan and its economic situation,” he said.

At the HDMC, new regulations are being considered to address competition issues in mobile ecosystems in which Apple and Google may be leveraging their powers as OS providers to strengthen their positions in other layers of the mobile ecosystems.

“We welcome the advancement of concrete discussions on ex-ante regulations,” Furuya told MLex, publicly expressing his support for the creation of new pre-emptive rules for the first time.

Furuya acknowledged the difficulty of pursuing monopolization cases against Big Tech, even though the rules against monopolization should be applied to their most egregious antitrust breaches under the Antimonopoly Act, rather than unfair trade practices.

The JFTC has been cautious in its pursuit of monopolization charges. The regulator’s first-ever fine against exclusionary monopolization was imposed only last year against aviation fuel supplier Mainami Aviation, which was fined 6 million yen over its conduct against a rival. The order is currently being appealed in Tokyo’s High Court.

The JFTC also suspected Apple had engaged in trading with restrictive conditions and monopolization over its App Store practices, but the agency’s five-year investigation closed last year without legal action, after the iPhone maker offered to globally open its “reader apps” to include external links for payments.

Given the extensive probe into one of the world’s most powerful companies, which involved heated debates with senior executives at Apple’s US headquarters — some of whom were former regulators — the JFTC’s termination of the case in exchange for voluntary measures, excluding games and other types of apps, was criticized by some as a weak response.

Furuya, however, who prioritizes practical and speedy restoration of competition over the severity of penalties, said the JFTC will continue to work on enforcement in the digital fields by using various tools and creativity. Through that process, as well as by watching how the digital-transparency law is implemented, he said Japan would consider its next regulatory steps.

Furuya attended the G7 Joint Competition Enforcer and Policy Makers Summit in Berlin last month where he met with his counterparts in person for the first time, including US Federal Trade Commission chief Lina Khan and Assistant Attorney General of the Antitrust Division at the Department of Justice Jonathan Kanter.

Khan showed interest in Japan’s abuse of superior-bargaining position, he said, as did regulators from France and Germany whose antitrust books also have similar concepts. France and Germany, in addition to rules against abuse of dominance, also have economic abuse provisions in their books — such as economic dependence and relative market power — similar to Japan’s exploitative-abuse clause.

Furuya said he agreed with Kanter that it’s important to be alert about large tech companies’ attempts to entrench market powers by excluding others in affiliated markets.

He said the JFTC would also consider longer-term impacts on competition in merger reviews, such as the role of data in quality and innovation, and not just short-term assessments on prices. The Japanese regulator updated merger guidelines in 2019 and established an economic analysis office this year.

“It’s easier said than done. We must considerably upgrade our knowledge and ability to do the job. We share the same concerns as Mr. Kanter, but we’ll have to build more experiences, training and creativity to achieve that,” he said.

In September, the JFTC announced its launch of retrospective reviews of previous merger reviews, starting with a regional bank merger.

“It’s important to examine afterward whether remedy commitment measures were truly implemented, to follow up our punishments. This is something we must consider,” he said.

He dismissed criticisms against the regulator’s low enforcement record in the last year, saying the public would hear new enforcement results in due time.

“It’s not that the JFTC has become a guard dog which doesn’t bark. We’ll bark when necessary,” he said.